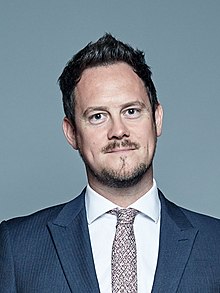 The speech made by Stephen Morgan, the Labour MP for Portsmouth South, in the House of Commons on 21 June 2022.

I am grateful for the opportunity to raise the issues affecting my constituents in this important debate. Sadly, those issues are now becoming frustratingly commonplace for far too many people in Portsmouth, as record numbers of people are waiting for care, and waiting longer than ever before.

According to research by the Nuffield Trust, published in The Times last month, the figures are stark. Portsmouth is the worst affected area in the country, with just 40 GPs per 100,000 people. Meanwhile, one of the key GP practices in my city, the Guildhall Walk Healthcare Centre, closed in September last year, impacting more than 8,000 patients, many of whom are my constituents. Another GP service at the John Pounds Centre in Portsea also remains closed. I have raised concerns with local decision-makers about this, but it is clear that Government intervention is urgently needed to deliver the GP services that my constituents need and deserve.

It is a similar story with dentistry. A recent report from the Association of Dental Groups found that Portsmouth, at 42, has the seventh lowest number of NHS dentists per 100,000 in the country. Local Tory Ministers have claimed that the additional £6.8 million of piecemeal funding for dentistry in the region will help, but during the local dentistry forum that I convened with practitioners and representatives of the British Dental Association, they made it clear that it does not even begin to meet the scale of the challenge. They also underlined that there should be changes to rules and regulations on recruitment and retention to tackle this problem, as we have seen with NHS GPs.

I would welcome confirmation in the Minister’s response to the concerns raised by my constituents during my various lobbying efforts that reforming the NHS dental contract is under way, and that the BDA will be involved in its development. However, this cannot just be tinkering around the edges. My constituents need real action, and they need it, now.

In a survey that I conducted to hear the views of Portsmouth people, one respondent told me:

“I’ve had the same dental practice since I was born and now I don’t have a dentist at all because he went completely private due to Government contracts. I’m on universal credit and I can’t afford to pay private. My daughter is almost two years old and has never seen a dentist. It’s just shocking.”

“My children and I travel to Watford every six months for our dental check-ups. There is no option to register with an NHS dentist in Portsmouth. I just hope none of us ever need emergency treatment.”

Possibly one of the most shocking examples of how bad things have got is that one Portsmouth resident had to resort to pulling out two of his teeth with pliers, after struggling to find an NHS dentist. In 2022, in one of the richest countries on the planet, no one should be forced to take such action because NHS services are hanging by a thread.” Portsmouth is now not just a dental care desert: it is a healthcare hell. It is time for the Minister to take her head out of the sand, listen to the people of Portsmouth, intervene to clear the backlog, develop a workforce strategy and finally deliver the NHS services my constituents expect and now desperately need.