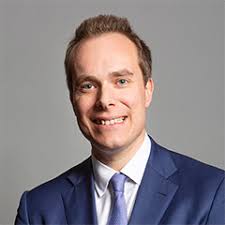 The speech made by David Johnston, the Conservative MP for Wantage, in the House of Commons on 21 June 2022.

All the GP surgeries in my constituency have worked incredibly hard throughout this period. I saw some of that up close when I was volunteering with the vaccination effort in the weeks that I could. The entire period has been a complete whirlwind for them, and they went straight back into there being a huge demand for appointments. I commend them for what they did during covid and what they are doing now.

The job of an MP is to not just champion but challenge. As every other Member of the House has, I have heard complaints about the difficulty of getting GP appointments, which I need to raise with surgeries. Those complaints are about getting an appointment at all, getting a face-to-face appointment, getting through on the phone, or—more for dentists than GPs—being able to register.

We know that the covid pandemic is a huge part of that problem, because we asked the public to stay at home and protect the NHS, which they did almost to a fault. I remember Ministers at the Dispatch Box, as the pandemic went on, pleading with people to come forward if they thought they had something. Understandably, however, people did not want to burden their GP or hospital. They are now rightly coming forward, and they may have had hospital treatments delayed again because of the backlog, so they are going to their doctor instead.

Sometimes, my constituents are unhappy about not getting face-to-face appointments; they dislike eConsult and telephone appointments. I have used eConsult successfully, and I think it and telephone consultations have a place, but as a GP at one of my surgeries said, the risk with both of those is that GPs do not see the thing that the patient has not come in about. A patient may come in about their leg, and while they are there, the GP says, “Can I just have a look at the thing on your neck?”.

I completely agree with the hon. Gentleman’s point about GPs not being able to identify the issues that people have not come in for. Another thing that doctors can notice at face-to-face appointments is that someone is a victim of domestic abuse or violence.

I completely agree; the hon. Lady has made an important point. Sometimes, what people present with is not the biggest issue in their lives, and a skilled practitioner can uncover that.

As has been touched on, the issue is partly about telephone systems, bizarrely, as I will come on to, but it is also undoubtedly about a shortage of GPs. The Government have a grip on that: we have 1,500 more GPs now than in March 2019; 4,000 more trainees have taken up training places this year compared with 2014; and we have a health and social care levy which, as has been touched on, the Labour party opposes but which provides £12 billion a year to the health and care system, so there is more money to improve telephone systems and face-to-face appointments. Looking at the data this morning, we had 2 million more face-to-face appointments in April this year than in April last year, but we are still below pre-pandemic levels.

The complaints I get about dentistry are more about not being able to register anywhere. There is a particular issue with the promise that we make to pregnant women about being able to see a dentist, because even they cannot get registered. I met the Minister about that recently. The issue there is less about a shortage, as it is with GPs, and partly about the contract; there seems to be cross-party agreement that the 2006 Labour contract needs to be changed. I am also pleased that the Government will allow more internationally qualified dentists to support the dental system here.

There are two things that we need to get better at. One of them was touched on by my hon. Friend the Member for North East Bedfordshire (Richard Fuller). My constituency has also seen a huge growth in housing—we have two housing developments in Didcot alone, which will house 18,000 people—and the promised GP surgeries for these increased populations never arrive. As my hon. Friend said, we must get better at putting in the infrastructure first and at planning for the increased populations.

I shall finish on the second thing. Some Members may know that I worked in social mobility before I became an MP, running charities for disadvantaged young people. Unfortunately, the medical profession is the most socially exclusive profession in the country. Only 6% of doctors are from a working class background. A person is 24 times more likely to become a doctor if they have a parent who is a doctor. That is worse than politics, worse than the media, worse than the law, and worse than any other profession that we can think of. There are many reasons for that. It is about the allocation of work experience, how the recruitment process works, and the fact that 80% of applications to medical school come from 20% of schools. There is a whole range of things.

The young people with whom I worked were eligible for free school meals. A very high proportion were from ethnic minorities. Medicine was the profession that they most wanted to get into. It was the most popular profession. On the one hand, we have a shortage of GPs, and, on the other, we have this incredible talent pool that finds that it cannot get into the profession.

One thing the Government might consider, as well as how we get the infrastructure in first, is how we make what is a hugely popular profession more accessible for certain groups of young people with whom I used to work, because, at the moment, they simply do not get into it in the numbers that they should, and, if they did, they might help with this GP shortage.

Jonathan Reynolds – 2020 Comments on ONS Statistics on Fall in Workers