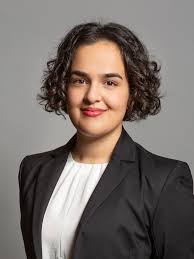 The speech made by Nadia Whittome, the Labour MP for Nottingham East, in the House of Commons on 18 July 2022.

The leadership of this self-obsessed and profoundly damaging Prime Minister is finally coming to its end, but this charade went on for far too long. He should have gone over his mishandling over the pandemic. He should have gone over the lobbying scandal that he created. And he should have gone because he partied when people died and then, as we put it in this place, “misled” this House. Now he is going, but only because he has been forced out by his Ministers, because they have finally concluded that he will cost them more votes than he wins. So they do not deserve any credit. They knew who he was when they voted for him, they propped him up through every scandal and, together, they have stripped away our rights and made the people of this country poorer.

While the news focuses on the Tory party implosion, supermarkets are adding security tags to cheese, butter and baby formula; we have the highest inflation for 40 years; electricity is fast becoming a luxury good; and millions are no longer paid enough to put food on the table. This hunger, poverty and inequality is all a political choice, and without action people will die. People, particularly disabled people, have already died because of this Government and 12 years of brutal cuts. We need a Government who will tackle the cost of living crisis, but instead we have one who are barely functioning, while the squatter in No. 10 is throwing parties in Chequers.