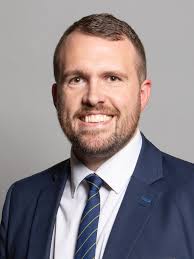 The speech made by Jonathan Gullis, the Conservative MP for Stoke-on-Trent North, in the House of Commons on 18 July 2022.

I am proud to stand up on behalf of the people of Stoke-on-Trent North, Kidsgrove and Talke and express confidence in this Conservative Government. Why is that? It is not just because the 73% who voted to leave the European Union finally had their wishes commanded, despite the Brexit-blockers on the Opposition Benches continually trying to find every way to dodge delivering the mandate those people gave. It is not just because of the fantastic furlough scheme, which meant that people kept their jobs during the biggest global pandemic in 100 years. And it is not just because we had the fastest vaccine roll-out. It is because of what we see if we look at the local story.

In Stoke-on-Trent, Kidsgrove and Talke, we have £56 million of levelling-up fund money, which is bringing masses of regeneration and unlocking hundreds of millions more in private sector investment. We are seeing heritage buildings such as Tunstall library and baths regenerated for future generations, adding to the Conservative-led council’s regeneration and revitalisation of Tunstall town hall, which the Labour party was all too happy to allow to sit and rot for 30 years. In addition, we have the £17.6 million Kidsgrove town deal, which is meaning that we are bringing up to 1,700 new jobs to Chatterley Valley West, reinvesting in our high streets in the town of Kidsgrove and making sure we reopen Kidsgrove sports centre, which was shut because the Labour party, which ran the council at the time, could not be bothered to send a single pound coin to save it. We are refurbishing and reopening it, and letting a local community group run it, because they are local people who champion that cause.

On top of that, we have brought in 500 new jobs through the Home Office coming to our great city; we have £29 million from the transforming cities fund; and we have £31.7 million from Bus Back Better, which will see bus fares cut by 33% with the new £3.50 a day flat fare, create new routes and make sure that people can get around and travel—one third of people in the city do not have access to a motor vehicle. We also have the money to look at opening the Stoke to Leek line.

The litany of success goes on and on and on. We have the £7.5 million for Middlehurst School to become a new special educational needs and disability school, there are the family hubs that we successfully got, and there will be fantastic investment going forward.

Let us also have a look at Labour’s dismal, abysmal and unforgivable local record. Let us not forgot that it was a Labour council that spent £60 million on white elephant projects like a new council office, rather than investing in Burslem indoor market, the Wedgwood Institute and the Queen’s Theatre in the mother town of Burslem, which would have brought regeneration to that fantastic town of our city of Stoke-on-Trent.

Let us look at the fact that jobs were leaving the ceramics sector and going overseas to China, and the Labour party did absolutely nothing to prevent it. Let us have a look at the fact that Labour went on strike for more than 70 years, withdrawing their labour and failing to represent the people on Stoke-on-Trent North, Kidsgrove and Talke because they believe that they have some God-given right to have that seat and the people should get in line. They sneer, snarl and they arrogantly look down and talk down to the people. That is that attitude the Labour party has always had towards the working people of Stoke-on-Trent North, Kidsgrove and Talke.

Labour Members believe that borders are racist and anyone who wants border control is a bigot, which is why, despite the fact that we on this side of the House support the Rwanda deal, those in the party opposite snarl at it. That is why when I introduced the Desecration of War Memorials Bill, the party opposite said, “Oh, it is statues you’re trying to protect.” No, it is war memorials to our glorious dead. It is about time the Labour party stood up for our flag and for our country.

I introduced a new law to increase the fines on rogue and absent landlords who allow our high streets and our heritage to rot. At the last minute, my Labour predecessor was standing with a placard pretending to care, despite having had four and a half years to do something about it. Within two years I changed the law and we are taking those rogue and absent landlords to court. It was the Labour party that was found to be institutionally antisemitic and failed to defend my predecessor, despite the abuse she got. The Labour party—

Jim Prior – 1978 Speech on the Newspaper Industry