The speech made by John Healey, the Shadow Secretary of State for Defence, in the House of Commons on 21 February 2022.

The Defence Secretary has been busy in recent weeks, so I welcome his statement today and thank him for keeping the Opposition parties updated on Ukraine during these grave escalations of Russian military threats on the Ukrainian border.

This is the most serious security crisis Europe has faced since the cold war. The Ukrainian people, citizens of a proud, independent and democratic country, face an unprecedented threat from, as the Secretary of State has said, two thirds of Russia’s entire forces now built up on its borders. There is unified UK political support for Ukraine’s sovereignty and its territorial integrity in the face of that continuing Russian aggression.

The Government also have Labour’s full support in helping Ukraine to defend itself and in pursuing diplomacy, even at this eleventh hour and even though President Putin has proved more interested in disinformation than diplomacy. We also fully support moves to reinforce the security of NATO allies, as the Labour leader and I told the Secretary General at NATO headquarters earlier this month.

President Putin wants to divide and weaken the west, to turn back the clock and re-establish Russian control over neighbouring countries. The real threat to President Putin and his Russian elites is Ukraine as a successful democracy, choosing for itself its trading and security links with the west. An attack on Ukraine is an attack on democracy.

We welcome the message from Munich at the weekend that any invasion will be met with massive sanctions in a swift, unified western response. The European Union, of course, will lead on sanctions legislation for most European allies, especially to clamp down on finances or critical technologies for Russia. How is the UK co-ordinating with the European Commission and European Council? What meetings have UK Ministers had to discuss that co-ordination?

The other message from Munich at the weekend was that allies stand ready for further talks. The Defence Secretary has said this afternoon:

“I am pleased with the efforts being made by a range of European leaders, including President Macron”.

What diplomatic initiatives is our UK Prime Minister taking, befitting Britain as a leading member of the NATO alliance and a permanent member of the United Nations Security Council? With the most serious tensions and developments in the Donbas, why did the UK Government remove UK staff from the OSCE monitoring mission there, when those from all other European countries have stayed to do a job that is more vital now than ever?

The Defence Secretary said, rightly, that we continue to “support Ukrainian defensive efforts”, including with lethal aid. What more will he now do, with NATO, to help Ukraine defend itself? Can he speed up action via the Ukraine naval agreement? How feasible is a no-fly zone? What consideration will he give to support for Ukrainian resistance?

We cannot stand up to Russian aggression abroad while accepting Russian corruption at home. For too long, Britain has been the destination for the dirty money that keeps Putin in power. Where is the economic crime Bill, which was promised by the Government and then pulled? Where is the comprehensive reform of Companies House? Where is the law to register foreign agents? Where is the registration of overseas entities Bill? Where is the replacement for the outdated Computer Misuse Act 1990? Where are the new rules on political donations? Why does the Government’s Elections Bill make these problems worse by enabling political donations from donors based overseas?

Whether or not President Putin invades Ukraine, Russia’s long-running pattern of aggression demands a NATO response. Will the Secretary of State report from his meeting last week with NATO Defence Ministers on how the alliance’s overall posture is set to change? Will he explain what action could be taken to better co-ordinate NATO with the joint expeditionary force—for instance, creating a regional readiness force?

Finally, does not Ukraine expose the flaws in the Government’s integrated review of last year, with its first focus on the Indo-Pacific and its plan to cut the British Army by another 10,000 soldiers? Will the Secretary of State now halt any further Army cuts, and restore the highest defence priority to Europe, the north Atlantic and the Arctic? 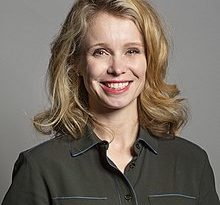