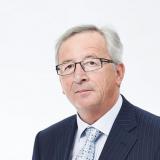 Below is the text of the speech made by Jean-Claude Juncker, the President of the European Commission, in Brussels on 3 April 2019.

Honourable Members of this House,

The developments in Westminster over the past days have convinced me of what I already knew. The best way forward is the ratification of the Withdrawal Agreement. It has already been agreed by the Government of the United Kingdom, endorsed by this House as well as by the European Council.

In its decision 10 days ago, the European Council paved the way for an extension of the Article 50 negotiation period until the 22 May – on the condition the Withdrawal Agreement was approved by the House of Commons by 29 March. This was not the case.

In light of Prime Minister May’s statement last night, I believe we now have a few more days. If the United Kingdom is in a position to approve the Withdrawal Agreement with a sustainable majority by 12 April, the European Union should be prepared to accept a delay until 22 May.

But 12 April is the ultimate deadline for the approval of the Withdrawal Agreement by the House of Commons. If it has not done so by then, no further short extension will be possible. After 12 April, we risk jeopardising the European Parliament elections, and so threaten the functioning of the European Union.

We stand ready to refer to a range of options, from a free trade agreement, to customs arrangements, to a Customs Union all the way to the European Economic Area. The openness we have shown from the start could be laid out, in purest clarity.

On the EU side, we stand ready to launch the talks and negotiations on the future partnership as soon as the Withdrawal Agreement is signed. Before the ink is dry. The Commission’s negotiating team is in place. Michel Barnier, our Chief Negotiator, is ready. I would expect the same level of readiness on the United Kingdom side.

Yet I believe that a “no deal” at midnight on the 12 April is now a very likely scenario. It is not the outcome I want. But it is an outcome for which I have made sure the European Union is ready.

We have been preparing since December 2017. We have always known that the logic of Article 50 makes a “no-deal” the default outcome. We have long been aware of the balance of power in the House of Commons.

The measures we and the Member States have taken will mitigate the worst impact of a “no-deal” scenario. The protection offered is real. The measures will make sure that EU and UK citizens can continue to live and work where they are at the moment. They make sure that planes can take off and land. We have adapted our financial instrument to make it possible to help fishing communities. We have identified the ways in which law enforcement cooperation can continue. We have taken steps to mitigate disruption on our financial markets.

The measures we have taken are time-limited and unilateral. They provide a cushion for key EU interests at least until the end of the year. But disruption will be inevitable for citizens, for businesses and for almost every sector.

And whatever happens, the United Kingdom will still be expected to address the three main separation issues.

Citizens’ rights would still need to be upheld and protected.

The United Kingdom would still have to honour its financial commitments made as a Member State.

And thirdly, a solution would still need to be found on the island of Ireland that preserves peace and the internal market. The United Kingdom must fully respect the letter and spirit of the Good Friday Agreement.

“No-deal” does not mean no commitments. And these three issues will not go away. They will be a strict condition to rebuild trust and to start talking on the way forward.

At the European Council next week, we will listen to Prime Minister May’s intentions and decide how to proceed. The principles that will guide my actions are clear. I will work until the last moment to avoid a “no-deal” outcome.

The European Union will not kick any Member State out. I will personally do everything I can to prevent a disorderly Brexit and I expect political leaders across the EU27 and in the United Kingdom to do the same.