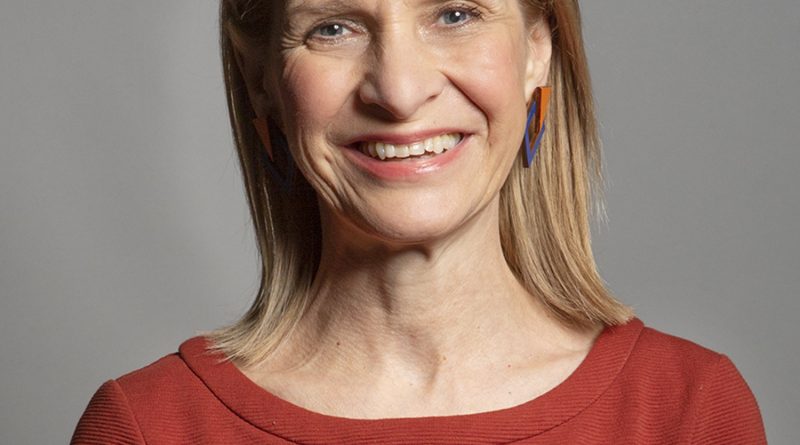 The speech made by Wera Hobhouse, the Liberal Democrat MP for Bath, in the House of Commons on 27 May 2021.

I speak today as the chair of the all-party parliamentary group on eating disorders and I want to highlight the anxiety felt by many of those with an eating disorder about one specific aspect of the obesity strategy: calorie labelling on menus. Obesity causes serious health problems and there is no doubt that far too many people in this country do not have a healthy weight. I add my unequivocal support to the Government’s aim of addressing obesity, but obesity has to be considered as one side of our complex relationship with food. It is a form of disordered eating and therefore cannot be separated from other forms of disordered eating and cannot be dealt with in isolation. Calorie labelling on menus will not only be ineffective in tackling obesity, but will actively damage those with an eating disorder.

Studies show that there is only a small body of low-quality evidence supporting the suggestion that calorie counts on menus lead to a reduction in calories purchased. While there is limited evidence that calorie labelling will support the public in losing weight, there is convincing evidence that it would harm people with an eating disorder. About 1.25 million people in the UK have an eating disorder, and the 2019 health survey found that 16% of all adults aged 16 or over screened positive for a possible eating disorder. Over the pandemic, the charity Beat has reported a 173% increase in demand for eating disorder support, and research shows that individuals with anorexia and bulimia are more likely to order food with significantly fewer calories when presented with a menu including calorie counts. Those with binge eating disorder are more likely to order food with significantly more calories.

Many people with eating disorders also live with obesity. Up to 30% of people seeking weight management services would meet the diagnostic criteria for binge eating disorder. Clearly, a reductionist approach to nutrition means that the obesity strategy risks harming some of the very people it is designed to support.

I am sympathetic to the point the hon. Lady is making, and she will know from my intervention that I think the evidence with respect to calories and out-of-home labelling is quite weak. Is labelling on products purchased in supermarkets also a problem for those with eating disorders? I ask that genuinely; I do not know the answer. Can she furnish that information?

I am particularly concerned about calorie labelling in restaurants. People who suffer from eating disorders are isolated and fearful of contact with others because they are thinking continuously about what they are going to eat or drink. Going out to a restaurant gets them through that step, and it is often a significant step towards recovery. As I say, my particular concern is labelling on restaurant menus.

In response to the survey on calorie labelling conducted by Beat, one respondent said:

“My eating disorder thrives off calorie counting and knowing all the calories in everything. I would feel compelled to look at calorie labels”

“I would feel embarrassed asking for a different menu. Please don’t do it. Please.”

The Mental Health Minister has been extremely generous with her time, listening to the all-party parliamentary group’s concerns about the plan to mandate calorie labelling on menus. The APPG is grateful for her interest in improving early access to eating disorder treatment. However, I must repeat my plea to the Government to look again at this element of the obesity strategy.

Addressing obesity and tackling eating disorders should not be in competition. We must tackle them together. I look forward to working with the Minister to develop an obesity strategy that successfully addresses the obesity epidemic, but does not harm people with other forms of eating disorder.