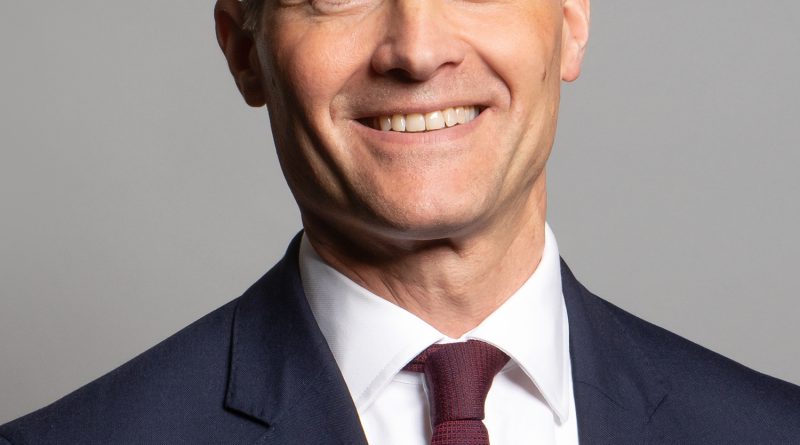 The speech made by Mark Harper, the Conservative MP for Forest of Dean, in the House of Commons on 27 May 2021.

As I said in my interventions on the Minister, I very much support the Government’s objective. A situation in which 36% of adults in England are overweight and 28% are obese is not good, and there are many health consequences of it, but my view is that, fundamentally, we need, first, to enable people to understand whether they are overweight or obese. That might sound like a foolish thing to say, but there is some evidence that people do not recognise whether they or those around them are overweight or obese, and are not very good at working that out.

Secondly, we need to make people understand the health consequences of being overweight or obese. The Minister talked about incentives. The real incentive that people should have is that they want to be healthier. Unless individuals themselves want to be healthier and move towards a healthy weight, it seems to me that we will not get very far.

Frankly, getting to a healthy weight means having a healthy diet. It does not mean going on a diet and then going back to unhealthy eating; it means changing diet permanently. In many cases, it means making not dramatic changes but small changes that people stick to, such as reducing portion sizes. It is about reducing treats and things we like, not getting rid of them. When I eat, I like all the bad things, but I have become better as I have got older—I have needed to—and now I am a bit more controlled about how many times I have them. I watch the size of my portions, because as I have got older, I have had to watch what I eat.

It seems to me that it is about diet, not about individual foods. As my hon. Friend the Member for Buckingham (Greg Smith) said, demonising individual foods is not a very successful strategy. There are plenty of things that I like that would individually be very unhealthy, but I just do not eat them very often. That is where we need to get to: people need to understand what a healthy weight is, understand the health consequences and want to get there themselves.

I have a couple of questions for the Minister. She spoke about the evidence for out-of-home labelling. The impact assessment is a rather weighty document of 76 pages, but one of the things that I learned as a Minister is that it is worth plodding through such documents. There is lots of useful information in it, but I did not find any compelling evidence that introducing out-of-home calorie labelling would have any significant impact on the quantity of calories that people consume. Given the concerns that the hon. Member for Bath (Wera Hobhouse) and the charity Beat have rightly set out about those with eating disorders, the case for its successful impact is not very compelling. There is quite a lot of concern that it will not be helpful, so I think the Government ought to think again about their approach.

I also have a question about the soft drinks industry levy. The levy has been successful in reducing the amount of sugar consumed; in my constituency, Suntory Beverage & Food Great Britain and Ireland, which produces Lucozade, Ribena and Orangina, has led the industry in taking more than 50% of sugar out of its products. It has also invested £13 million in new machinery at its Forest of Dean plant to produce those products—I was very proud to launch the new production line. However, although we have reduced the amount of sugar consumed, I have seen no evidence that we have therefore reduced the quantity of calories consumed or made any impact as a result.

My right hon. Friend is making a very effective, cogent argument. Does he agree that because there is a will to come up with a solution that will have an impact, there is a danger that unless we take account of all the evidence, including his points about the impact of the sugar tax, we might well feel better for doing something, but not quite achieve what we set out to achieve?

That is right. I am very keen that we look at the evidence. I can see that through reformulation we have led the industry—the company that makes Lucozade and Ribena has been successful in doing that—but the real question is whether that has reduced the number of calories consumed, both by adults and by children, and had any impact on the number of people who are overweight or obese. It has clearly been successful in reducing the quantity of sugar consumed, but as my hon. Friend the Member for Buckingham said, sugar in itself is not a bad thing; people need to consume a certain amount of sugar to have a healthy diet. My worry is that we have reduced the amount of sugar in these products, but that will not actually make any difference to whether people have a healthy diet.

All these measures need to be tested. The point that I was making to the Minister earlier is that I do not want us to introduce them, wait nine years until 2030, and then say, “Goodness, it hasn’t worked.” I absolutely accept the Minister’s point that national targets may not make sense, but we need to look, at a local level, at whether the measures are successful. If they are not working, we need to change them and look at what the evidence suggests would be more successful in getting people to a healthy weight so that we all lead a healthier lifestyle.

Boris Johnson – 2020 Comments on a Cycling and Walking Revolution