Below is the text of the speech made by Theresa May, the Prime Minister, in the House of Commons on 3 December 2018.

With permission Mr Speaker, I would like to make a statement on the G20 Summit in Argentina.

But before I do so, I would like to put on record my thanks to President Macri for hosting such a successful Summit.

This was the first visit to Buenos Aires by a British Prime Minister, and only the second visit to Argentina since 2001. It came at a time of strengthening relations between our two countries, when we are seeking to work constructively with President Macri.

Mr Speaker, as we leave the European Union, I have always been clear that Britain will play a full and active role on the global stage, as a bold and outward-facing trading nation.

We will stand up for the rules-based international order.

Strive to resolve with others challenges and tensions in the global economy.

Work with old allies and new friends for the mutual benefit of all our citizens.

And remain steadfast in our determination to tackle the great challenges of our time.

At this Summit, we showed that the international community is capable of working through its differences constructively and the leading role the UK will continue to play in addressing shared global challenges.

We agreed – along with the other G20 leaders – on the need for important reforms to the World Trade Organisation to ensure it responds to changes in international trade.

We pursued our objective of making sure that the global economy works for everyone and the benefits are felt by all.

We called for greater action in the fight against modern slavery and tackling climate change.

And I held discussions with international partners on security and economic matters, including on the progress of our exit from the European Union and the good deal an orderly exit will be for the global economy.

At this year’s Summit I came with the clear message that Britain is open for business and that we are looking forward to future trade agreements.

Once we leave the EU, we can and we will strike ambitious trade deals.

For the first time in more than forty years we will have an independent trade policy, and we will continue to be a passionate advocate for the benefits open economies and free markets can bring.

We will forge new and ambitious economic partnerships, and open up new markets for our goods and services in the fastest growing economies around the world.

During the Summit I held meetings with leaders who are keen to reach ambitious free trade agreements with us as soon as possible. This includes Argentina, with whom I discussed boosting bilateral trade and investment, and I announced the appointment of a new UK Trade Envoy.

I also discussed future trade deals with Canada, Australia, Chile, and Japan – with whom we want to work quickly to establish a new economic partnership based on the EU-Japan Economic Partnership Agreement.

On the global rules that govern trade, we discussed the importance of ensuring an equal playing field and the need for the rules to keep pace with the changing nature of trade and technology.

There is no doubt that the international trading system, to which the United Kingdom attaches such importance, is under significant strain.

That is why I have repeatedly called for urgent and ambitious reform of the World Trade Organisation – and at this Summit I did so again.

And in a significant breakthrough, we agreed on the need for important reforms to boost the effectiveness of the WTO, with a commitment to review progress at next year’s G20 Summit in Japan.

On the global economy, we recognised the progress made in the past ten years, with this year seeing the strongest global growth since 2011.

But risks to the global economy are re-emerging.

In particular, debt in lower income countries has reached an all-time high of 224 per cent of global GDP.

So I called on members to implement the G20 guidelines on sustainable finance that we agreed last year, and which increase transparency and encourage cooperation.

At this year’s Summit, I continued to pursue our mission to make the global economy work for everyone, and the need to take action in our own countries and collectively to ensure that the benefits of economic growth are felt by all.

Around the world we are on the brink of a new era in technology which will transform lives and change the way we live. This has the potential to bring us huge benefits – but many are anxious about what it will mean for jobs.

That is why in the UK, alongside creating the right environment for tech companies to flourish through our modern Industrial Strategy – we are investing in the education and skills needed so that people can make the most of the jobs and opportunities that will be created.

We made strong commitments to improving women’s economic empowerment, and alongside this I called on G20 leaders to take practical action to ensure that by 2030 all girls – not just in our own countries but around the world – get 12 years of quality education.

To build fair economies and inclusive societies we must tackle injustice wherever we find it. Around the world we must all do more to end the horrific practice of modern slavery, and protect vulnerable men, women and children from being abused and exploited in the name of profit.

Two years ago I put modern slavery on the G20 agenda at my first Summit, and this year I was pleased to give my full support to the G20’s Strategy to eradicate modern slavery from the world of work.

I announced that next year the government will publish the steps we are taking to identify and prevent slavery in the UK Government’s supply chains in our own transparency statement.

This is a huge challenge. Last financial year the UK Government spent £47 billion on public procurement – demonstrating just how important this task is. I urged the other leaders around the G20 table to work with us and ensure that their supply chains are free from slavery, as we work to bring an end to this appalling crime.

On climate change, I made clear the UK’s determination to lead the way on the serious threat this poses to our planet. We need a step change in preparing for temperature rises, to cut the cost and impact of climate-related disasters, and to secure food, water and jobs for the future. As a UN Champion on Climate Resilience, the UK will continue to pursue this agenda at next year’s UN Climate Summit.

Nineteen of us at the G20 reaffirmed our commitment to the Paris Agreement, but it remains a disappointment that the United States continues to opt out.

I also announced that the UK will be committing £100 million pounds to the Renewable Energy Performance Platform, which will directly support the private sector in leveraging private finance to fund renewable energy projects in sub-Saharan Africa.

Mr Speaker, this Summit also gave me the opportunity to discuss important matters directly with other leaders and raise concerns openly and frankly.

In that context I met Crown Prince Mohammed bin Salman, first to stress the importance of a full, transparent and credible investigation into the terrible murder of Jamal Khashoggi, and for those responsible to be held to account – a matter which I also discussed with President Erdogan.

And second, to urge an end to the conflict in Yemen and relief for those suffering from starvation – and to press for progress at the upcoming talks in Stockholm.

Our relationship with Saudi Arabia is important to this country, but that does not prevent us from putting forward robust views on these matters of grave concern.

I also discussed the situation in Ukraine with a number of G20 leaders. The UK condemns Russian aggression in the Black Sea and calls for the release of the 24 Ukrainian service personnel detained, and their three vessels.

Mr Speaker, at this year’s Summit we reached important agreements, demonstrating the continued importance of the G20 and international cooperation.

It also demonstrated the role that a global Britain will play on the world’s stage as we work with our friends and partners around the world to address shared challenges and bolster global prosperity. 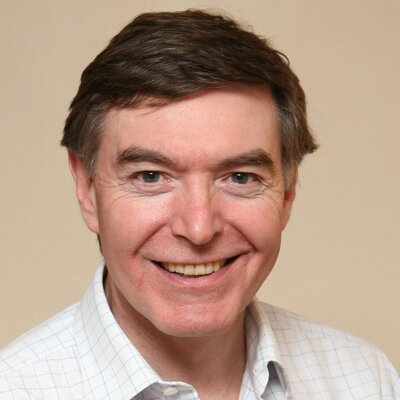