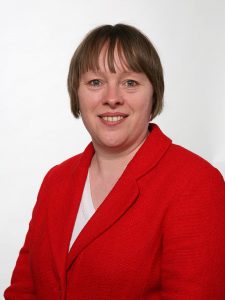 Below is the text of the speech made by Maria Eagle, the Labour MP for Garston and Halewood, in the House of Commons on 10 July 2019.

The Bill is about changing how we handle the aftermath of public disasters so that we can better enable families of the deceased and injured survivors to get what they need from the events that inevitably follow. It aims to provide collective representation for bereaved families and injured survivors during the investigations in the aftermath and to provide for the establishment of an independent panel to review documentation relating to the disaster. It should prevent families and survivors from feeling excluded by the official processes and feeling like their needs are being ignored. It will enable a more cost-effective response that helps families and facilitates a collective solidarity amongst them, as well as putting their voices at the very centre of the aftermath.

The Bill arises out of the experience of the Hillsborough families and its aim is to prevent others from having to go through the trauma and agonies that the Hillsborough families and survivors have endured simply to get the truth about what happened to their loved ones officially accepted and to get justice and accountability for what went wrong. Families and the injured survivors in disasters usually want two simple things—to find out what happened and why, and to stop it ever happening again to other people—yet it is striking how frequently they feel let down. We have seen it time after time: Hillsborough, the MV Derbyshire, the Marchioness, terrorist attacks such as Lockerbie and other bombings, and more recently the terrible fire at Grenfell Tower. In all these cases, there have been reports of families and survivors feeling alienated and ignored and often feeling the need to campaign for truth and justice because they do not feel that their needs have been met by the proceedings that have happened.

I would like to thank Lord Wills for drafting the Bill, following work that he and I did consulting family support groups involved in a number of public disasters. It is he who devised the mechanics of how the Hillsborough independent panel should work in 2009, when we were both Ministers in the Ministry of Justice. Its establishment followed a call for transparency and the publication of documents on the 20th anniversary of the disaster by Andy Burnham and me—both then Ministers. Without Lord Wills, the Hillsborough independent panel would never have happened, and without the HIP the full truth about Hillsborough would never have been officially acknowledged. The original inquest verdicts of accidental death would never have been quashed and replaced after the second inquests with verdicts of unlawful killing. It was the HIP that finally and definitively reported the full truth of what happened at Hillsborough, 23 years after the events, and it did so using the principles of openness, transparency and the publication of documentation.​
I have had an involvement with Hillsborough families for 29 years. When I was an articled clerk in a legal practice in Liverpool in 1990, my principal was one of the solicitors on the Hillsborough steering committee conducting the original civil litigation. I have known and tried to help the Hillsborough families ever since that time. When I was first elected to this House in 1997, members of the executive committee of the Hillsborough Families Support Group were amongst the first of my constituents to come to me for help, and I have been helping them ever since. Significant progress has been made over these years—very much against the odds, it must be said—so I have a deep understanding of what has happened to them in the past 30 years. The members of the executive committee of the Hillsborough Families Support Group have told me that they support the Bill because they think that it will make a difference to bereaved families in future disasters.

The Hillsborough families’ experience is extreme, but not unique. In the aftermath of disasters, things often seem to go wrong for the families of the deceased and for injured survivors. I have handled other cases myself. The families of the 44 people who were killed when MV Derbyshire sank with all hands in 1980 spent 20 years campaigning to clear their loved ones of blame for what happened. They felt that the British Wreck Commission had blamed alleged poor seamanship for the sinking, thus casting aspersions on the victims—who could not answer back—rather than on the owners, builders and insurers of the vessel. As the secretary of the all-party parliamentary group on MV Derbyshire, I saw what a heavy toll that took on them, and I helped them to succeed in their long and difficult campaign for official acknowledgement of the truth of what had happened. The truth was that their relatives had been wholly innocent victims of the disaster, and their campaign was fully vindicated, but it should not have taken 20 years.

There have been, and will continue to be, other disasters that kill and injure people, creating more bereaved families and injured survivors. We should use the experiences of past disasters to improve the way in which we handle the aftermath of those that happen in the future. The Bill would establish an independent, adequately resourced public advocate for those who are bereaved in public disasters, and for injured survivors. It would locate the public advocate’s office in a Government Department; the advocate would be able to call on its resources but, crucially, would be totally independent of the Government. It would require the public advocate to act if 50% plus one or more of the families of the deceased and injured survivors asked for that to happen. The advocate would then act as a representative of the collective interests of the bereaved and survivors in securing the openness and transparency that families need.

The process would not replace any representation in legal proceedings, but the advocate would have an additional role intended to give families and survivors confidence that their needs were central in the securing of truth and justice. That would be done by ensuring transparency and openness in a way that cannot be hijacked by organs of the state or other interested parties in the various legal proceedings that often follow in the aftermath of a disaster.

The public advocate, as a data controller, would establish a panel—like the Hillsborough independent panel—in consultation with relatives of the deceased and survivors, to review all documentation at a much ​earlier stage than was the case with Hillsborough, thus facilitating transparency and disclosure by way of reports to Parliament and the Lord Chancellor. That would counterbalance legal proceedings, inquiries, inquests and other trials leaving families feeling like unimportant, unrepresented parties—which is how they often feel. It would complement and add to the sum of knowledge about what happened and why, and it would do so in a timely fashion and at an early stage.

In the Queen’s Speech of 2017, the Government promised to establish such an office, but—unbelievably, given how straightforward such legislation would be—they have made no progress beyond conducting a consultation. It is also clear from their consultation document, published in September last year, that their public advocate would not be independent, would not be a data controller, would not be able to act at the behest of families, would be directed by the Secretary of State, and would not have the power to establish and appoint independent panels such as the Hillsborough independent panel.

Let me say to the Government that unless the families have more agency and the public advocate is truly independent, that simply will not do the job of maintaining families’ confidence and putting them at the centre of the search for the truth in the aftermath of disasters. To be effective, the public advocate needs independence, the confidence of the families and survivors, and the ability to establish an independent panel as a data controller and to report findings. Those are the essential elements that will prevent the aftermath of future disasters from being made more traumatic for families and survivors, as has happened in the past.

I believe that, if implemented, these measures will prevent bereaved families and injured survivors from ever again having to endure decades of fighting for the truth to be acknowledged by officialdom, and decades of striving for justice and accountability. If passed, the Bill will also stand as an enduring monument to the dignity and collective strength, fight and stamina of the Hillsborough families and survivors, so that they can know at last that something good and permanent has come out of their decades of agony and trauma, and that no one will ever again have to go through what they have endured simply because their family has had the great misfortune to be caught up in a public disaster.

I commend the Bill to the House.