Below is the text of the comments made by Louise Haigh, the Shadow Secretary of State for Northern Ireland, on 18 June 2020.

The lack of detail and engagement from senior Ministers on the most significant change to border management in decades is staggering and irresponsible.

There are 28 weeks until the new arrangements come into force in Northern Ireland and businesses simply cannot afford to be left in the dark any longer. It is absurd at this stage that so much remains unknown.

Labour is calling for the Government to publish a clear roadmap for implementation of the Protocol, operational-level detail on the precise checks and requirements that will need to be implemented, and intensive engagement and support for businesses across Northern Ireland. With so little time left, businesses deserve clarity. 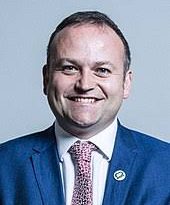