The statement made by Liz Truss, the Foreign Secretary, on 22 April 2022.

The UK and our partners have secured the largest ever World Bank financial commitment to low income countries around the world.

It will provide $170bn over the next 15 months with $50bn delivered by the end of June, supporting countries faced with economic hardship as a result of Russia’s invasion of Ukraine.

Russia’s bombardment across Ukraine has brought exports from the world’s breadbasket almost entirely to a halt, leading to steep price rises and jeopardising livelihoods across the globe.

Through this support we are standing together with the most vulnerable countries in the face of Russian barbarism. The UK has led by stepping up our support through the World Bank, including nearly $1bn in loan guarantees so the Bank can lend more to Ukraine without taking resources away from rest of world.

Despite Russia’s refusal to take responsibility for its actions, the UK and World Bank partners this week have delivered for the people of Ukraine and for the wider world. 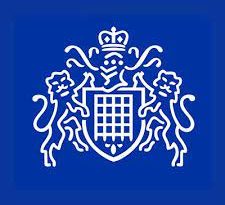