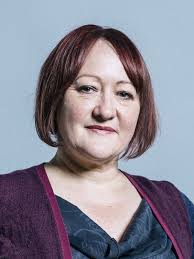 Below is the text of the speech made by Kerry McCarthy, the Labour MP for Bristol East, in the House of Commons on 16 June 2020.

I congratulate Marcus Rashford on spearheading this campaign. He is an amazing role model, both on the pitch and off it. His speaking out on how his mother struggled to make ends meet and how he would turn up at his friends’ houses in the hope of being fed resonated across the country, and there are far too many other young kids like Marcus out there.

Last year, I was one of the MPs who served on the children’s future food inquiry, and we heard devastating accounts from children, not just about raw and real hunger, but about living on leftovers, scraps or cheap food with little to no nutritional value. It should not take a famous footballer speaking out about his experiences as a child; the Government should have listened to those children back then in April last year and implemented the children’s right to food charter.

Of course I welcome this U-turn, but we need to embed it, so that we do not have to have this argument every time the school holidays come around. This move alone will not be enough. For far too many children, their free school meal is the only decent meal they get, and the under-fives do not even get that.

In Bristol, we will still be running our healthy holidays scheme this year, which is about far more than just providing a meal, but it looks as though we will have to do so without Government support. Feeding Bristol was fortunate enough to be a holiday hunger pilot in 2018, but last year we were not so lucky and we do not know why. We got nothing from the Government, but we raised £100,000 and we did it ourselves, albeit to a more limited degree than we would have liked. In 2020, we again missed out, apparently by just one point, but again we have no idea why. The Mayor of Bristol and I both wrote to the Government asking why some cities and towns were getting six-figure or even seven-figure sums but Bristol was getting nothing. We suggested ​spreading the money more evenly so that many more schemes could be pump-primed, but we have not had a response.

We know that covid-19 has made many more families financially vulnerable and those who were already vulnerable even more so. I pay a particular tribute to FareShare, which has been fantastic throughout this crisis. Again, let us congratulate Marcus Rashford on raising £20 million for its national effort. In the past week alone, 80 tonnes of food came to Bristol via FareShare South West, but this is not, as the Government would have it, just about this summer and coping with the fallout from the pandemic. People have been attending food banks in record numbers since the economically illiterate, morally bankrupt policy of austerity was adopted a decade ago. The Government have consistently refused to acknowledge the sheer scale of the problem, to engage with those working on the frontline, or to address the underlying causes of food poverty, and it is time that they did.

Philip Dunne – 2016 Statement on Shipbuilding on the Clyde