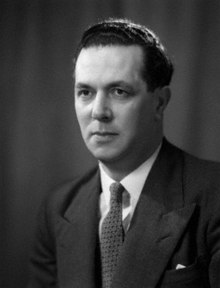 The statement made by Keith Joseph, the then Secretary of State for Social Services, in the House of Commons on 15 February 1972.

With your permission, Mr. Speaker, and that of the House, I should like to make a statement on the Report of the Committee of Inquiry into the administration of, and conditions at, Whittingham Hospital, near Preston, Lancashire. The report has been published this afternoon in Command Paper No. 4861.

Allegations of ill-treatment of patients, fraud and maladministration at Whittingham were made in confidence to my predecessor in 1969. These were followed by a special audit investigation and inquiries by the police. Shortly after the police inquiries were completed a nurse was tried and convicted of manslaughter of a patient. As soon as I was free to do so after these proceedings I set up the committee of inquiry, which made its report to me early in November. Publication of the report has been delayed while charges against two other nurses, on which both were acquitted. were before the courts.

The report is very disturbing. It is highly critical of standards of medical and nursing services in some parts of the hospital, particularly for longer-stay patients, and of the management. It also criticises the Manchester Regional Hospital Board, and to some extent my Department also. With a few qualifications, which are not however central to the main issues, I accept the conclusions and recommendations.

The report assesses Whittingham as a hospital of wide contrasts and an extreme example of a hospital which has failed to keep up with the times. Side by side with some good modern services, it found in the long-stay wards evidence of old-fashioned methods, inadequate treatment and rehabilitation, poor buildings and insufficient medical and nursing staff. The report severely criticises the medical and nursing administration, the management structure and the way these worked; it describes the result as a hospital with day-to-day tactics but no overall strategy The committee of inquiry believes that in these conditions there have been instances of ill-treatment and large-scale pilfering by some members of the staff and the further evil of suppression of complaints about such practices when made by junior staff.

As the House knows, I have set up a Committee to review the procedures for dealing with complaints in hospitals, and I have arranged for this most distressing aspect of the Whittingham Report to be brought to its attention.

The report apportions a share of the blame for the general state of affairs at Whittingham to the regional hospital board, which, while pioneering the establishment of psychiatric units in general hospitals, did not adequately recognise the needs of elderly long-stay patients, which led to dual standards of care. I accept that my own Department as well as others may not have been sufficiently alive to this danger in earlier years. Our present policies take full account of it.

The report recommends that all members of the Whittingham Hospital Management Committee should be invited to resign and the committee reconstituted. It also recommends complete operational integration of the medical and nursing services at Whittingham with those of the psychiatric unit at Preston. Such integration is undoubtedly most desirable, but in my view it is doubtful whether it can be achieved satisfactorily without amalgamating under a single hospital management committee the hospitals at present in the Whittingham and in the Preston and Chorley groups. The board has already started local consultations on proposals for amalgamation. The chairman of the Whittingham committee resigned in December on grounds of ill-health, and four other members have resigned in the course of discussions of the proposed amalgamation. With my endorsement the chairman of the board is inviting the remaining member to resign so that a reconstituted committee can be appointed with amalgamation with the Preston and Chorley group of hospitals in mind at an early date. The new committee will need to consider the many detailed recommendations in the report for improvements at Whittingham itself. There have already been important staff changes.

This report highlights two of the most important problems facing the hospital service today: the proper care and treatment of longer-stay and elderly patients in large isolated mental hospitals, and the proper planning of the transition from services based on such hospitals to services based on departments in general hospitals. I have asked all boards to review their services for longer-stay mentally ill patients, looking particularly at outmoded attitudes, at allocation of staff, and at management policies and organisation. Each board is also now working out and discussing with my Department plans for the restructuring of its services for the mentally ill; these will provide for a properly organised transition to services based in general hospitals, and improved standards in the old mental hospitals until they eventually close.

It would be wrong to jump to general conclusions from the indictment in this report of some parts of one hospital. There have been enormous improvements in the last 20 years in nearly all psychiatric hospitals. The great majority of staff, at Whittingham as well as elsewhere, work with patience and devotion, often in difficult and unsatisfactory conditions, which we are now making great efforts to remedy.

I have referred in this statement to the main points which arise from the report. The Command Paper includes a foreword I have written which contains similar comments and also refers in more detail to the recommendations addressed to my Department and to the regional hospital board; action on most of these has already been taken or is under way.

The House will, I am sure, be grateful, as I am, to Sir Robert Payne and the other members of the Committee for the time and effort they devoted to their inquiry and to producing this forthright and constructive report. Ever since I have been in office I have been continuing the theme of my predecessor in concentrating on improvements in this and related fields where they are most needed. The House can be sure that the lessons of this report will not be forgotten.

Theresa May – 2017 Speech on Exiting the European Union