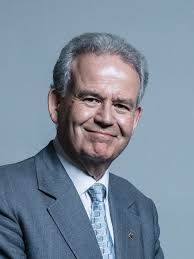 Because the ISC (Intelligence and Security Committee) is a special committee, I feel constrained in what I can say. However, the following points are relevant.

1 – The 2013 Justice and Security Act explicitly removed the right of the Prime Minister to choose the ISC chairman and gave it to the committee members. I remember this well, as I served on the committee from 2010 to 2015 and took part of the legislation through the Commons myself on behalf of the committee. There is no other Conservative MP in the House of Commons with any past experience of working on the ISC.

2 – It was only yesterday afternoon that I received a text asking me to confirm that I would be voting for the Prime Minister’s preferred candidate for the ISC chair. I did not reply as I considered it an improper request. At no earlier stage did I give any undertaking to vote for any particular candidate.

3 – In recent days, the official Number 10 spokesman explicitly denied that the Government was seeking to ‘parachute’ a preferred candidate in to the chair, stating that it was a matter for the senior parliamentarians on the committee to decide. It is therefore strange to have the whip removed for failing to vote for the Government’s preferred candidate.

Ian Gow – 1974 Maiden Speech in the House of Commons

George Osborne – 2014 speech on the Economy