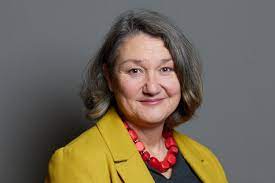 The speech made by Jill Mortimer, the Conservative MP for Hartlepool, in the House of Commons on 15 July 2022.

I congratulate the hon. Member for Neath (Christina Rees) on her Bill.

Hartlepool is a coastal community, and we take seriously our role as custodians of the sea. We know all too well the importance of marine conservation. The crustacean deaths along our coastline in recent months have destabilised our ecosystem and broken livelihoods. I continue to work with Stan Rennie and other members of my fishing community, which has fished ethically for generations to conserve the fish populations in our waters. They are true custodians of the stocks and caring farmers of the sea.

We know that ecosystems are very finely balanced and fragile. Driving entire species into extinction has dire consequences for biodiversity and the health of our planet. Sharks, in particular, are a key indicator of ocean health, and they play a vital role in marine ecosystems by helping to maintain healthy levels of fish in the food chain. This delicate balance has been disrupted by the shark fin trade and unsustainable fishing levels.

Regrettably, as we heard from my hon. Friend the Member for Broxtowe (Darren Henry), the International Union for Conservation of Nature now considers 143 species of shark to be under threat, ranging from vulnerable to critically endangered. Banning detached shark fins from being brought into the UK will help to protect wild shark populations, which is why I support this Bill.

Shark finning is a uniquely cruel practice, whereby a shark’s fin is sliced off while the shark is still alive—the rest of the body is discarded. The UK does not support this cruel trade, and it is rightly banned in our waters. By supporting this Bill, the Government will send out a clear message to those countries that do support it, and again I thank the hon. Member for Neath for pointing out that our European neighbour, Spain, is one of the main perpetrators of this practice. We have a proud record on animal welfare and environmental sustainability, often well in advance of EU regulations, and this Bill will strengthen that record further. I share her hope that, where we lead, Europe follows.

We are a global leader in maritime protection, and our Blue Belt programme protects an area of ocean the size of India around our British overseas territories. We also lead a global campaign, supported by more than 80 countries, for at least 30% of the world’s land and oceans to be protected by 2030. We also continue to champion shark conservation measures, the regional fisheries management organisations and the convention on international trade in endangered species, which requires such trade to be carefully regulated or prohibited altogether.

I hope this Bill will be the first of many measures to protect shark populations worldwide, and I have no doubt that we will continue to work with our partners abroad to eradicate this cruel practice and all trades that show blatant disregard for animal welfare and the protection of fragile ecosystems.