The speech made by Jeremy Wright, the Conservative MP for Kenilworth and Southam, in the House of Commons on 19 November 2020.

That this House recognises the need to take urgent action to reduce and prevent online harms; and urges the Government to bring forward the Online Harms Bill as soon as possible.

The motion stands in my name and those of the hon. Member for Kingston upon Hull North (Dame Diana Johnson) and my hon. Friend the Member for Congleton (Fiona Bruce). I begin by thanking the Backbench Business Committee for finding time for what I hope the House will agree is an important and urgent debate. I am conscious that a great number of colleagues wish to speak and that they have limited time in which to do so, so I will be brief as I can. I know also that there are right hon. and hon. Members who wished to be here to support the motion but could not be. I mention, in particular, my hon. Friend the Member for Solihull (Julian Knight), the Chair of the Digital, Culture, Media and Sport Committee, who is chairing the Committee as we speak.

I hope that today’s debate will largely be about solutions, but perhaps we should begin with the scale of the problem. The term “online harms” covers many things, from child sexual exploitation to the promotion of suicide, hate speech and intimidation, disinformation perpetrated by individuals, groups and even nation states, and many other things. Those problems have increased with the growth of the internet, and they have grown even faster over recent months as the global pandemic has led to us all spending more time online.

Let me offer just two examples. First, between January and April this year, as we were all starting to learn about the covid-19 virus, there were around 80 million interactions on Facebook with websites known to promulgate disinformation on that subject. By contrast, the websites of the World Health Organisation and the US Centres for Disease Control and Prevention each had around 6 million interactions. Secondly, during roughly the same period, online sex crimes recorded against children were running at more than 100 a day. The online platforms have taken some action to combat the harms I have mentioned, and I welcome that, but it is not enough, as the platforms themselves mostly recognise.

You may have noticed, Mr Deputy Speaker, that I am ostentatiously wearing purple. I have been missioned to do so because it is World Pancreatic Cancer Day. We have been asked to emphasise it, because raising awareness of that disease is important.

My right hon. and learned Friend is right to highlight the horror of degrading and corrupting pornography. Indeed, the Government have no excuse for not doing more, because the Digital Economy Act 2017 obliges them to do so. Why do we not have age verification, as was promised in that Act and in our manifesto? It is a straightforward measure that the Government could introduce to save lives in the way my right hon. and learned Friend describes.

I agree with my right hon. Friend, but I will be careful, Mr Deputy Speaker, in what I say about age verification, because I am conscious that a judicial review case is in progress on that subject. However, I agree that that is something that we could and should do, and not necessarily in direct conjunction with an online harms Bill.

Digital platforms should also recognise that a safer internet is, in the end, good for business. Their business model requires us to spend more and more time online, and we will do that only if we feel safe there. The platforms should recognise that Governments must act in that space, and that people of every country with internet access quite properly expect them to. We have operated for some time on the principle that what is unacceptable offline is unacceptable online. How can it be right that actions and behaviours that cause real harm and would be controlled and restricted in every other environment, whether broadcast media, print media or out on the street, are not restricted at all online?

I accept that freedom of speech online is important, but I cannot accept that the online world is somehow sacred space where regulation has no place regardless of what goes on there. Given the centrality of social media to modern political debate, should we rely on the platforms alone to decide which comments are acceptable and which are unacceptable, especially during election campaigns? I think not, and for me the case for online regulation is clear. However, it must be the right kind of regulation—regulation that gives innovation and invention room to grow, that allows developing enterprises to offer us life-enhancing services and create good jobs, but that requires those enterprises to take proper responsibility for their products and services, and for the consequences of their use. I believe that that balance is to be found in the proposed duty of care for online platforms, as set out in the Government’s White Paper of April last year.

I declare an interest as one of the Ministers who brought forward that White Paper at the time, and I pay tribute to all those in government and beyond, including the talented civil servants at the Department for Digital, Culture, Media and Sport, who worked so hard to complete it.

This duty of care is for all online companies that deal with user-generated content to keep those who use their platforms as safe as they reasonably can.

We have covered some important information. Does the right hon. and learned Gentleman agree that there needs to be a new social media regulator with the power to audit and impact social media algorithms to ensure that they do not cause harm? Such a regulator would enable that to happen.

I agree that we need a regulator and will come on to exactly that point. The hon. Gentleman is entirely right, for reasons that I will outline in just a moment.

I recognise that what I am talking about is not the answer to every question in this area, but it would be a big step towards a safer online world if designed with sufficient ambition and implemented with sufficient determination. The duty of care should ask nothing unreasonable of the digital platforms. It would be unreasonable, for example, to suggest that every example of harmful content reaching a vulnerable user would automatically be a breach of the duty of care. Platforms should be obliged to put in place systems to protect their users that are as effective as they can be, not that achieve the impossible.

However, meeting that duty of care must mean doing more than is being done now. It should mean proactively scanning the horizon for those emerging harms that the platforms are best placed to see and designing mitigation for them, not waiting for terrible cases and news headlines to prompt action retrospectively. The duty of care should mean changing algorithms that prioritise the harmful and the hateful because they keep our attention longer and cause us to see more adverts. When a search engine asked about suicide shows a how-to guide on taking one’s own life long before it shows the number for the Samaritans, that is a design choice. The duty of care needs to require a different design choice to be made. When it comes to factual inquiries, the duty of care should expect the prioritisation of authoritative sources over scurrilous ones.

It is reasonable to expect these things of the online platforms. Doing what is reasonable to keep us safe must surely be the least we expect of those who create the world in which we now spend so much of our time. We should legislate to say so, and we should legislate to make sure that it happens. That means regulation, and as the hon. Gentleman suggests, it means a regulator—one that has the independence, the resources and the personnel to set and investigate our expectations of the online platforms. For the avoidance of doubt, our expectations should be higher than the platforms’ own terms and conditions. However, if the regulator we create is to be taken seriously by these huge multinational companies, it must also have the power to enforce our expectations. That means that it must have teeth and a range of sanctions, including individual director liability and site blocking in extreme cases.

We need an enforceable duty of care for online platforms to begin making the internet a safer place. Here is the good news for the Minister, who I know understands this agenda well. So often, such debates are intended to persuade the Government to change direction, to follow a different policy path. I am not asking the Government to do that, but rather to continue following the policy path they are already on—I just want them to move faster along that path. I am not pretending that it is an easy path. There will be complex and difficult judgments to be made and significant controversy in what will be groundbreaking and challenging legislation, but we have shied away from this challenge for far too long.

The reason for urgency is not only that, while we delay, lives continue to be ruined by online harms, sufficient though that is. It is also because we have a real opportunity and the obligation of global leadership here. The world has looked with interest at the prospectus we have set out on online harms regulation, and it now needs to see us follow through with action so that we can leverage our country’s well-deserved reputation for respecting innovation and the rule of law to set a global standard in a balanced and effective regulatory approach. We can only do that when the Government bring forward the online harms Bill for Parliament to consider and, yes, perhaps even to improve. We owe it to every preyed-upon child, every frightened parent and everyone abused, intimidated or deliberately misled online to act, and to act now. 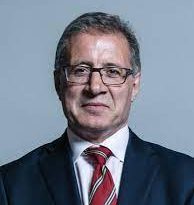