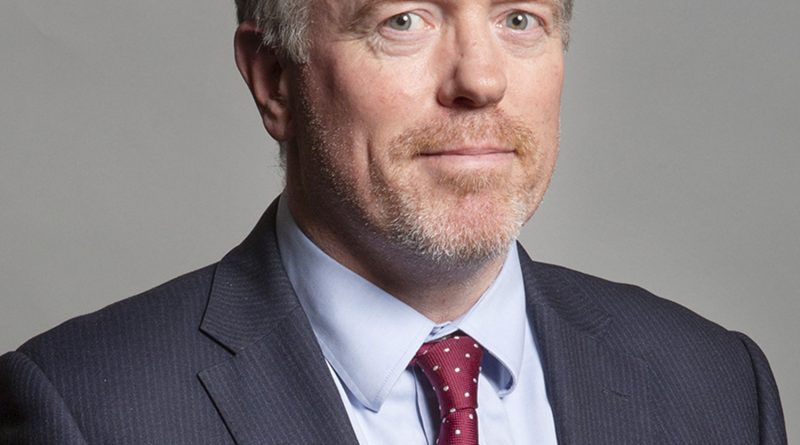 The speech made by James Sunderland, the Conservative MP for Bracknell, in the House of Commons on 30 June 2022.

Time is short and we need to progress to the end of this debate, so I will be brief and offer a pragmatic view. I have listened with great interest to Members on both sides of the House and I broadly support the direction of travel. Of course, we are yet to hear from the Minister.

Of most concern to me is that the time needed to produce uranium for one nuclear weapon in Iran is now three weeks. That is called the break-out time and it has fallen from one year. Clearly, the nuclear aspirations, technologies and advancements have progressed significantly in Iran. I want to pose this question: how might the UK and other allied states in the middle east put Iran back on the road to peace and prosperity as part of the international community? However, this is also about working with Iran and doing what we can to help that regime.

The big question is about the restoration of Iran’s 2015 nuclear deal, the JCPOA, which has been mentioned. That was agreed with world powers, including China, France, Germany, Russia, the UK and the USA. As we know, the accord was unilaterally abandoned by the US in 2018 under Trump, who then imposed heavy sanctions on Iran. Those have been eased since Biden came into office, but this perhaps put Iran closer than ever to achieving nuclear power. Since 2020, talks have been revived, but only intermittently, so we need the US fully engaged again. Thankfully, indirect talks between Iran and the US began on 29 June in Qatar, with the EU mediating. All sides are agreed that a restored deal is the best outcome, but such a deal could still legitimise Iran’s nuclear transgressions. I am also told by some sources that a successful deal may bring Iranian oil back to the market, but, for the reasons outlined so eloquently by my right hon. Friend the Member for Newark (Robert Jenrick), I do not subscribe to that view, although I recognise the counter-arguments.

So where are we? Earlier this month, in response to a resolution introduced by the US, France, the UK and Germany censuring Iran, it took down 27 IAEA cameras, making tracking activity at its nuclear sites much harder. Iran has never been closer to a nuclear weapon. The stockpile today is 18 times the limit agreed in 2015. Iran has a missile capability—we know that—and in March 2022 the IRGC adopted a new independent branch called the Command for the Protection and Security of Nuclear Centres, so developments are worrying.

My first question to the Minister is whether we think that sanctions work—I think they probably do, for reasons outlined this afternoon—or whether they are redundant. Is a restored deal the best option for now, noting that Iran is doing this anyway? We know that Iran has committed nuclear transgressions since the 2015 deal. What assessment has been made of the viability of a renewed JCPOA in preventing Iran from achieving a nuclear weapons capability—again, noting that it is happening anyway?

We know that the sunset provisions of the 2015 deal are coming up to their expiration date. We also know that the international community could face either having to accept Iran as a nuclear power or, potentially, undertaking military action. That is a very stark choice. How much would we have to compromise to renew a deal that would prevent Iran from getting a weapon, noting that Iran is very close to getting that weapon?

For what it is worth, my take is that Iran should come back into the international community, as we do not want it to progress its activities alongside rogue states. But at what price? We need to better understand the relationship between Iran and its neighbours in the middle east; we also need to better understand the position of our allies in the middle east, to ensure that their needs are best met.

I suspect that it is pragmatic at this stage to call on the Government to extend the sunset clauses, enact a stricter monitoring regime, retain terrorist proscriptions, reinforce existing friendships and relationships with allies in the middle east and press against Iran’s destabilising impacts in the region, but I would want to see a way forward in which Iran is at the table as part of a solution. But, of course, nothing should be off the table.

Paul Scully – 2021 Statement on Horizon and the Post Office