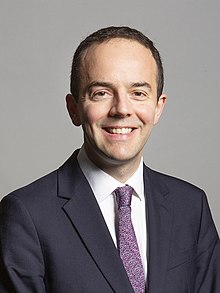 The speech made by James Murray, the Labour MP for Ealing North, in the House of Commons on 5 July 2022.

We have been waiting for many months for this day to come, but here we finally are: I am referring not to the news that has broken within the last hour outside this Chamber, but to the fact that the Government are finally implementing a windfall tax, even if the Minister absolutely refused to say those words in her remarks.

The Conservatives are finally introducing a windfall tax on oil and gas producers’ profits more than seven months after the shadow Chancellor, my hon. Friend the Member for Leeds West (Rachel Reeves), first set out Labour’s plans for one. In the seven months since Labour first called for a windfall tax, the cost of living pressures facing people across the country have grown relentlessly and oil producers’ profits have soared.

Since the start of the year, energy bills have spiralled by £700 for a typical household. Inflation has risen to 9.1%, the highest level in 40 years, and taxes on working people’s pay have jumped thanks to the Government’s decision to hike national insurance contributions. This year has seen the cost of living rise unremittingly, while oil and gas producers’ profits have in some cases tripled.

A fair solution has been staring the Government in the face: levy a one-off windfall tax on North sea oil and gas producers’ extraordinary profits and use that money to help to cut people’s energy bills at home. Yet when, on 9 January this year, the shadow Chancellor first called on the Government to levy such a tax, Conservative MPs were falling over themselves to oppose it. The Education Secretary—as it happens, a former oil industry executive—came out firmly opposing a windfall tax on oil and gas producers on the ground that they, the oil producers, were already “struggling.” The Business Secretary said:

“I’ve never been a supporter of windfall taxes.”

The Deputy Prime Minister claimed that it would be “disastrous”.

Ministers and their Back-Bench Conservative colleagues then went on to vote against our plan for a windfall tax on three separate occasions. So, despite our common-sense plan for a windfall tax receiving wide support across the country—with even some oil producer bosses backing its logic—Conservative Ministers simply refused to get on board until 26 May, the day after the Sue Gray report was published, when the Prime Minister and the former Chancellor suddenly changed their minds. It seems clear that what finally caused the Conservative leadership to change course and back a windfall tax was the need for a different set of headlines in that week’s news. Whatever it took to get the Prime Minister and the former Chancellor over the line, we were relieved that they finally agreed to back a windfall tax. We were relieved that some help with soaring energy bills was finally on its way.

But that is no way to run the country—and what a cost those months of delay have had. For every day that Conservative Ministers refused to act, £53 million has been added to Britain’s household bills during this cost of living crisis. Next Monday, when we consider the Bill that will follow the resolution, the Opposition will urge Ministers to make right their delay in introducing the windfall tax. Otherwise, their months of delay will leave the public finances missing out on billions of pounds of tax revenue that could have supported further help for people with the cost of living.

We know from the draft Bill and from what the Minister said that the Government are planning to introduce a brand-new tax break for oil and gas producers. That will give money back to the same firms that are supposed to be paying their fair share through the windfall tax. The Minister was unable to answer when my hon. Friend the Member for Bristol North West (Darren Jones) intervened, but our analysis shows that that tax break could lead to a third or more of any revenue from the new levy being handed straight back to the oil and gas producers.

It is a subsidy that even oil executives do not seem to think necessary. It will subsidise projects that would almost certainly have happened anyway, and it will see 20 times more being given in taxpayer incentives to oil and gas producers than to firms investing in the renewable energy of the future, yet the Government seem determined to push ahead with their tax break. When we consider the Bill next Monday, we will urge Ministers to think again about that unnecessary tax break for oil producers, which will undermine both the impact of the windfall tax and our country’s wider efforts to tackle the climate crisis.

We are relieved that the Government are finally proceeding with a windfall tax, and we will support the motion, but the Conservatives’ whole approach has shown so much of what is wrong with the way they conduct themselves in power. When we called for a windfall tax, they spent months opposing it as strongly as they could. They dismissed a fair and common-sense way, which was staring them straight in the face, to help people who face soaring energy bills. Then they changed course, not because it was the right thing to do, but because they needed a new headline to take attention away from the Prime Minister’s lack of integrity in office. Now, as they finally reveal the detail of their windfall tax proposals, they immediately undermine its effectiveness, and any wider efforts to tackle climate change, with a new tax break for oil producers. Their instincts are wrong. Their priorities are wrong. The way they run our country is wrong. With the windfall tax, we have shown that Labour is winning the battle of ideas in Britain, and that Labour will provide the leadership that our country needs.

Angela Rayner – 2022 Speech on the Resignation of Lord Geidt