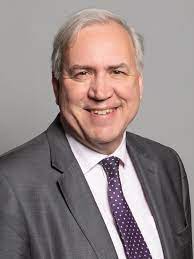 The speech made by Robert Syms, the Conservative MP for Poole, in the House of Commons on 5 July 2022.

As the motion relates to a Treasury matter, may I pay tribute to the former Chancellor, my right hon. Friend the Member for Richmond (Yorks) (Rishi Sunak)? He had to get the country through a difficult period in the pandemic. He produced a number of interesting schemes, such as the furlough and the self-employment income support scheme, where the software worked and where people were helped. I think he was very creative in the way he handled a difficult situation. I know that it is not always easy for senior politicians to take decisions such as the one that he has taken today. I wish him well, along with the former Secretary of State for Health and Social Care, my right hon. Friend the Member for Bromsgrove (Sajid Javid). We will see how events unfold.

Let me start by taking a traditional Conservative position and saying that I do not like windfall taxes. The North sea is a tremendous British success story. We have got oil out of deep seas using technology, investment and British initiative over decades and we have benefited the nation in doing so. We are a nation that has oil and gas all the way around its coast, as Professor Peter Odell used to say in the 1970s. It is just a question of whether it is viable to get it out, and whether the tax and investment regime is good enough.

The North sea is quite mature now. Although the rise in prices is unwelcome for motorists, it certainly gives the opportunity to extend the life of some fields and makes other oil fields with more marginal prospects more viable. If we are looking for a resilient future for our country, getting the best out of our natural resources in the transition to net zero, I think we ought to have a stable tax network, not act like a Venezuelan junta by jumping in and trying to take money away from oil companies. And what are oil companies? They are normally vehicles for pension funds for lots of elderly people living up and down the country who rely on that income to pay their cost of living bills. There is no such thing as a painless tax rise. There is no magic money tree if we go and punch the oil and gas companies in the mouth. I think this is a very short-sighted policy. It may raise money, but the consequences are long term, and it may have an impact on investment.

Apart from the creation of an oil industry, there are thousands of jobs in oil services in and around Aberdeen, in many other parts of the United Kingdom and, now, worldwide. I think we ought to be proud of what this country has achieved, and we ought to be doing what we can to support those well-paid and important jobs as we go towards net zero.

I am not going to divide the House today. I do not think I would get a seconder, as I am probably the only person who is against the windfall tax at the moment, but we will see how this transpires. I think that a stable tax system in which people in the oil and gas industry can look decades ahead—because investment decisions sometimes take decades—is a much better way of dealing with the situation.

I understand the hon. Gentleman’s arguments, although I do not agree with them, but has he an alternative proposal for helping people to bring down their energy bills? I am sure that many of his constituents are deeply worried about how they will make ends meet, particularly with the next increase in bills coming this autumn. How does he suggest we help them?

I am not sure that the £5 billion raised from the oil companies will find its way into the pockets of people who are worried about their energy bills. As far as I know, it is going into the Treasury.

I return to my original simple point. The Government have already undertaken a number of measures to help with bills; the problem is the lag between the decision making and the assistance that they are giving. So there is always more pressure to do more. I am hopeful that, as we proceed, people will suddenly see some of the bail-out help with bills that the Government have already factored in. But I think that a stable tax system is a better way of proceeding than adding a higher levy on top of corporation tax rates, which are already higher than the rates for most other companies. Let us not forget that many of these oil companies were losing money 18 months ago when we were in lockdown.

I am unhappy with this policy. I will find it interesting to see how the Government bring the positives forward. I am pleased that they have listened to representations—and the former Chancellor was talking to the oil industry—but I think that in the long term this is bound to have a negative effect on investment in the sector, and that what we should be doing is cherishing and encouraging the sector so that we import less from other countries and give ourselves more resilience and security of supply.

That is really all that I wanted to say. I wanted to make my reactionary right-wing comments about windfall taxes, and I did not want the motion to go through without my putting them on the record.