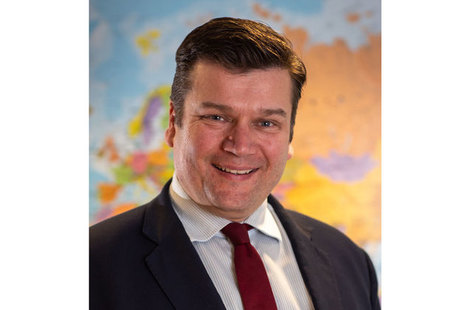 The statement made by James Heappey, the Minister of State at the Ministry of Defence, in the House of Commons on 14 July 2022.

On 12 July, the BBC broadcast an episode of “Panorama”, claiming evidence of criminality allegedly committed by the UK armed forces in Afghanistan. The Ministry of Defence is currently defending two judicial reviews relating to allegations of unlawful killings during operations in Afghanistan in 2011 and 2012. While I accept, Mr Speaker, that to allow today’s urgent question you have waived the convention that we do not discuss matters that are sub judice, advice from Ministry of Defence lawyers is that any discussion of specific detail of the cases would be prejudicial to the ongoing litigation, and thus I am afraid I simply cannot enter into detail about specific allegations made on specific operations relating to specific people.

I am slightly concerned. I did ask for the shadow Secretary of State, the right hon. Member for Wentworth and Dearne (John Healey), to be fully briefed by officials within the MOD, so that I would not have to be put in this position. Unfortunately, that has not been forthcoming, so I am very disappointed. I would have thought that a senior Minister, and certainly officials, would have gone through why they will not be discussing this. That did not happen, and I have been put in this position, so I am disappointed that the MOD did not take it seriously.

Let me apologise on behalf of the Department for the fact that you, Mr Speaker, and the right hon. Member for Wentworth and Dearne were put in that position. I was not aware of the request that you had made, but I assure you that, when I return to the Department, I will investigate fully why that was not responded to in the way that it should have been.

We very much recognise the severity of these allegations, and where there is reason to believe that personnel may have fallen short of expectations, it is absolutely right that they be held to account. Nobody in our organisation, no matter how special, is above the law. The service police have already carried out extensive and independent investigations into allegations about the conduct of UK forces in Afghanistan, including allegations of ill-treatment and unlawful killing. No charges were brought under Operation Northmoor, which investigated historical allegations relating to incidents in Afghanistan between 2005 and 2013. The service police concluded there was insufficient evidence to refer any cases to the independent Service Prosecuting Authority. I stress that both these organisations have the full authority and independence to take investigative decisions outside of the MOD’s chain of command.

A separate allegation from October 2012 was investigated by the Royal Military Police under Operation Cestro. It resulted in the referral of three soldiers to the Service Prosecuting Authority. In 2014, after careful consideration, the director of service prosecutions took the decision not to prosecute any of the three soldiers referred. It is my understanding that all the alleged criminal offences referred to in the “Panorama” programme have been fully investigated by the service police, but we remain fully committed to any further reviews or investigations when new evidence or reason to do so is presented.

A decision to investigate allegations of criminality is for the service police. They provide an independent and impartial investigative capability, free from improper interference. Earlier this week, the Royal Military Police wrote to the production team of “Panorama” to request that any new evidence be provided to them. I am placing a copy of the RMP’s letter in the Library of the House. I understand that the BBC has responded to question the legal basis on which the RMP are requesting that new evidence, which makes little sense to me, but the RMP and the BBC are in discussions. As I have said, if any new evidence is presented to the Royal Military Police, it will be investigated.

I am aware that the programme alleges the involvement of a unit for which it is MOD policy to neither confirm nor deny its involvement in any operational event. As such, I must refer in generality to the armed forces in response to the questions that I know colleagues will want to ask, and I cannot refer to any specific service personnel who may or may not have served in those units.

We should continue to recognise that the overwhelming majority of our armed forces serve with courage and professionalism. We hold them to the highest standards. They are our nation’s bravest and best, and allegations such as these tarnish the reputation of our organisation. We all want to see allegations such as these investigated, so that the fine reputation of the British armed forces can be untarnished and remain as high as it should be.

Preet Gill – 2020 Comments on International Development and the UK