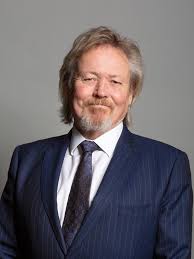 The speech made by Giles Watling, the Conservative MP for Clacton, on 16 June 2021.

It is a great pleasure to speak on this important issue once again. Colleagues may remember that I introduced a private Member’s Bill to regulate the use of sonic anti-loitering devices in 2018. In my view, unregulated, these things can be a menace. They are discriminatory, painful to some, and can cause suffering to children, babies and animals. I find it amazing that some in civilised Britain even consider them to be a useful adjunct to policing—that is the stuff of totalitarian regimes. We police by consent, not by fear and pain.

I will not simply regurgitate my earlier speech now, but I would like to remind the House of some key points. Sonic anti-loitering devices, also known as mosquitos or teenager repellents, target young people with a pulsing sound. My daughters tell me it is like a prolonged beep, akin to tinnitus. Some devices emit ultrasound specifically to achieve that effect. There are no firm figures for how many of these devices there are nationally, although the manufacturers claim to have sold thousands. In 2010, the Council of Europe found that this device was “degrading and discriminatory” to youngsters and should be banned because it “violates legislation prohibiting torture.” Academics also contest that these devices contravene several pieces of UK legislation regarding antisocial behaviour and discrimination. Despite the assertion of manufacturers, there are reports that people as old as 40 can hear these devices, and those who use them neglect their impact on very young children, babies, and animals, all of whom will struggle to communicate any distress caused. Likewise, they ignore the impact on those with pre-existing conditions that make them especially sensitive, such as autism. Many children with these conditions cannot avoid long-term exposure, because they might live next door to somebody who has one of these devices, or their school might be close to one. They could equally struggle to communicate any distress.

Finally, these devices have been banned on all council buildings in Sheffield, Kent, Edinburgh and Dublin on safety grounds, so as it stands I still believe that we do not know enough about them to be confident that they are indeed safe, and therefore we must control their use. Moreover, these potentially dangerous devices are not wholly successful in preventing antisocial behaviour, as they do not stop those intending to do harm from entering a certain public space if they are so minded. Even if these devices were effective against ASB in a certain location, we would just be moving criminals and their urge to cause damage somewhere else.

Consequently, I believe that these devices are not a solution for antisocial behaviour. They succeed only in causing distress to young people who cannot avoid them, but who have a right to use the public spaces where they are often located. There are plenty of examples of innocent young people feeling unable to use railway and bus stations, shops, schools, and spaces in their own town centres—all places where these devices have been installed, and all places that young people are entitled to visit safely.

Indeed, there are reports from a Scottish survey that 41% of young respondents experienced health effects or discomfort after encountering a device, and I highly doubt whether any of them were engaged in any sort of antisocial behaviour at the time. According to those respondents, discomfort included headaches, migraines, ear problems, tinnitus, dizziness, nausea, anxiety and/or panic. We have not even touched on the potential effect on wildlife and animal habitats, both of which can be equally affected.

However, despite my clear opposition to these devices, I am not seeking an outright ban, as I understand that there are circumstances where they could legitimately be used, such as warehouses, business premises, railway lines, industrial estates and electricity pylons—places where nobody should be in the first place. Also, there is a strong case for using them to deter animals around food stores and such. If the owners of such locations wish to use these devices, they should be able to do so, but they must be used responsibly, with proper oversight. That is why, in my private Member’s Bill, I argued that the use of these devices should be regulated, with a necessary licence obtained by the local authority before use.

In short, I do not argue that these devices should be better regulated just because they are ineffective; their use should be better regulated because they are also discriminatory and potentially hazardous to health, with a particularly acute impact on the most vulnerable. Moreover, I do not believe that it is fair for members of the public of any age to be exposed to these devices without adequate control. There are too many stories of families suffering because these devices have been installed nearby, and they have no effective power of redress under current legislation.

After bringing forward this proposal, I was grateful to the then Minister for Small Business, Consumers and Corporate Responsibility, my hon. Friend the Member for Rochester and Strood (Kelly Tolhurst), for engaging with me on the issue. In her letter she sent to me on 21 April 2019, she set out how she had asked officials in the Office for Product Safety and Standards to consider the evidence against these devices. I was disappointed by its conclusion that they do not present a safety risk, and I maintain that that position is based on insufficient evidence. We just do not know enough about these devices to know either way, because the research just is not there. The only safe approach is to be cautious.

Following a further letter to the same Minister arguing that point, she set out the following in her subsequent reply of 8 June 2019. First, in response to my suggestion that such devices infringe on the rights of young people, mirroring an argument put forward by Northumbria University, she asked the Ministry of Justice to reply, as that falls under its remit. Regrettably, with everything that we now know took place in late 2019, I quite understandably did not receive a reply from Justice at that time. I would be grateful if the current Minister would follow up with his colleagues at that Department on that point.

Secondly, I asked the then Minister for further research to be undertaken by the OPSS into these devices. Unfortunately, at the time the office had set out its priorities for research going into early 2020, so of course my request was not approved. I believe that needs to change. We must improve our understanding of such devices, especially when it comes to the effect of ultrasound. Worryingly, as the former Minister said in her first response to me, there is some evidence that ultrasound can cause potential health issues. Although there is insufficient evidence that those potential health risks constitute safety risks, that does not mean that they are not present.

Currently, our knowledge of ultrasound is limited and flawed. We simply do not fully understand its effects and cannot draw any definitive conclusions about its use. As Professor Timothy Leighton set out in September 2019 work on ultrasound,

“whilst there is over fifty years of anecdotal reports of the adverse effects of ultrasound on humans (supplemented by limited laboratory testing), the state of knowledge is insufficient to meet regulatory needs.”

“the priority must be on ensuring that these devices are safe for any humans they may expose. It is not possible to do this with the current data on the adverse effects on humans”.

We simply do not understand ultrasound enough to use it legitimately to support any policy positions, but we are doing just that by allowing the liberal use of devices that emit ultrasound, including anti-loitering sonic devices. We are dealing with a potential harm here, and we must increase our knowledge of these devices and their impacts. We owe that to those who have already been affected inadvertently by these devices, and until we do so we must be cautious and properly oversee the use of them.

We cannot continue to treat this as a case of safe until proven otherwise. Instead, I believe it must be a case of potential harm, used with caution and in controlled conditions. I understand from previous correspondence that

“if further data or research emerges about the safety impact of such devices, then the OPSS will review their assessment.”

I argue that such further research has emerged, some of which I have mentioned, and we need the OPSS to commission further work to increase our understanding of the long-term impact of ultrasound and the impact of exposure to such devices. I hope that the current Minister will consider taking that work forward. I would welcome a meeting with him, perhaps with a representative of the OPSS, to discuss that further. I also ask him to follow up with the Ministry of Justice on the point about children’s rights that I mentioned earlier. I will write to him to set out those requests further, but for now I thank him for listening, and will welcome any comments on these devices that he may have to share with us.