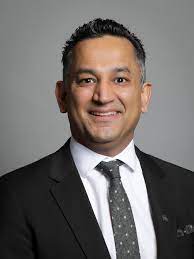 The speech made by Gagan Mohindra, the Conservative MP for South West Hertfordshire, in the House of Commons, on 18 May 2021.

I am grateful to be given the opportunity of this Adjournment debate to raise a matter about which I have been concerned since before I was elected to this House. For the sake of the record, let me say that I was a district councillor and a county councillor for Chigwell in Essex, in the constituency of Epping Forest, before I was privileged to join these Benches. The Anderson School is a specialist school for autistic children and young people situated in the constituency of my right hon. Friend the Member for Epping Forest (Dame Eleanor Laing). Again, for the record, let me say that I became a governor of the school for a short period to actively help turn around its future. It was appropriate for me to stand down as a governor when I was selected as the Conservative parliamentary candidate for South West Hertfordshire, and it remains one of my few regrets that I had to relinquish that role when I moved to Hertfordshire. I know that my right hon. Friend has consistently shared my concerns. She has been in correspondence about this matter for well over a year with Essex County Council, the Anderson Foundation, the National Autistic Society and the Minister’s colleague, Baroness Berridge of The Vale of Catmose.

The matter has become sufficiently serious to require the attention of the House because if the National Autistic Society is permitted to go ahead with its plans to hand over the school buildings to the London Borough of Redbridge, the Anderson School as initially imagined will be destroyed, and with it the hopes and dreams of many autistic young people.

The Anderson School is not an ordinary special educational needs establishment. It was designed and built for a very specific cohort of people, for whom Essex County Council had identified a need that could not be met in any other school. It is not an exaggeration to say that the school is a pioneer in the provision of opportunities for autistic children who have the potential for high academic achievement but whose mental health issues would make it impossible for them to flourish in a mainstream school. I am led to believe that most of the children who attended the school were heading for university, college or meaningful paid employment. It is the only school of its kind in the area—indeed, it is one of very few in the whole country. It is about to be destroyed because of a series of unfortunate decisions taken by the National Autistic Society.

The Anderson Foundation, a charitable foundation, raised the funds to build this pioneering school on the land of the former Tottenham Hotspur training ground at Chigwell. The land on which the school is built is green belt, and the protection of green belt is very important to the planning authority, Epping Forest District Council, situated as it is between the urban sprawl of London and the Essex countryside. Strict conditions were therefore attached to the granting of planning permission, in the form of a section 106 agreement. That agreement specifies that the school is to be operated for children and young people in the very specific cohort that I have described.

The Anderson Foundation collaborated with Essex County Council, specialist charities, engineers and constructors in the design of the school, resulting in state-of-the-art, first-class provision. Once the school was occupied, its ownership was transferred to the National Autistic Society, which paid the Anderson Foundation £6 million. That is approximately one third of the actual value of the land and buildings, so the NAS benefited from a gift of some £12 million. The NAS was thus given a wonderful opportunity to run the school for the benefit of these highly achieving autistic children. In my view, it failed.

The Anderson School opened for its first pupils in September 2017. Within a year, safeguarding and staffing issues became obvious. Several colleagues have received complaints from their constituents about the way their children were treated while in the care of the NAS. Ofsted carried out an inspection in March 2020 and deemed the school to be failing, and in April 2020 the NAS closed the school. The incompetence of the NAS in not in question; it admits its failings and it admits that it could not run the school as it ought to have been run. It was decided that a new provider should be sought to run the school, and that such a provider should be put in place as quickly as possible, in order to restore the opportunity that had been lost to the Anderson students.

The power to appoint a new provider appears to lie with the NAS, because it owns the school. My colleagues and I question that assumption. It is difficult to understand why the Department for Education considers it acceptable that an organisation that, by its own admission, was a failure at operating a school should be considered fit to be the sole judge of who should succeed it as provider. If the NAS was not fit to run the school, in my view it is not fit to decide who should run it next.

The NAS put the contract for operating the Anderson School out to tender approximately a year ago. The tender process was carried out under a veil of secrecy, with neither Essex County Council nor the Anderson Foundation consulted. The NAS refused to disclose which organisations had submitted a tender, claiming commercial confidentiality for the tender process. It chose a preferred bidder but refused to disclose its identity, again claiming commercial confidentiality. I was shocked to discover that the preferred bidder is the London Borough of Redbridge. The NAS has chosen the London Borough of Redbridge. The NAS deemed it to have offered “best value” because it was a government body, and therefore a very good tenant, and was willing to pay the significant rent requested.

The problem is—this is the point that I believe has been totally misunderstood by ministerial colleagues at the Department for Education—that the London Borough of Redbridge does not intend to operate the Anderson School for academically high-achieving autistic children. What Redbridge wants to do is to use the buildings at the Anderson School to decant the children with a wide range of special needs, some of whom are autistic, from two existing special needs schools in Redbridge—in other words, we will lose provision in the area. We can all understand the position of Redbridge. It has been presented with a golden opportunity. It can move its children, who have a range of complex special needs, from the old school buildings that it currently operates into the new building in Chigwell.

The land on which the two current schools stand is prime development land. Redbridge desperately needs to build more homes for its residents. In one fell swoop, Redbridge can rehouse its special needs schools, make a potentially large profit by selling the land and provide much needed additional housing. Who can blame it for using this financial strength to outbid everyone else for the use of the Anderson School buildings? Redbridge’s motives may be admirable but it should not be allowed to pursue its plans by destroying the Anderson School.

It is simply unacceptable that the NAS should be allowed to hand the Anderson School over to Redbridge. The NAS has openly told officials at the DFE that its intention in handing the school over to Redbridge is to secure the best financial return for the charity. We all appreciate that, as a charity, the NAS has an obligation to fulfil its charitable purposes and to maximise its financial resources, but which comes first? It surely cannot be right for the NAS to sacrifice the Anderson School by handing the buildings over to Redbridge simply to maximise its profits. Making money for the charity is surely a means to an end, not an end in itself. The NAS is not fulfilling its charitable purpose. It is letting down the academically high-achieving autistic children it ought to be serving.

To put it simply, if the plans of the NAS to enter into a contract with the London Borough of Redbridge are allowed to proceed, the buildings will still bear the name of the Anderson School, but the Anderson School will no longer exist. It will have been destroyed by the incompetence and the avarice of the NAS.

In a letter dated 6 April to my right hon. Friend the Member for Epping Forest, the Minister’s colleague, Baroness Berridge, stated that the Department for Education was satisfied with the current plans of the NAS and that the NAS

“is now in a position to offer a lease to the successful party”.

That is simply not true. The NAS is not in a position to offer a lease to Redbridge because Redbridge cannot, and will not, comply with the terms of the section 106 agreement. Epping Forest District Council and Essex County Council have refused to amend the section 106 agreement. They are adhering to the principle that planning permission was granted specifically for the purpose of educating a narrow cohort of autistic children. It was not granted for the purpose of educating special needs children in general.

“until”, Madam Deputy Speaker. The Minister’s colleague did not say “unless”—she said “until”. The DFE has made the assumption that the NAS will be able to appeal against the decision of Epping Forest District Council and Essex County Council not to amend the section 106 agreement. Such a stance is not only arrogant in the extreme; it is undemocratic.

Epping Forest District Council and Essex County Council are democratically elected bodies that act in the best interest of their whole community. It is simply wrong for the NAS, the Minister’s Department and the London Borough of Redbridge to cast aside their concerns, to ignore the aims of their education policy and to override their decisions. The section 106 agreement was put in place only a few years ago for a very good purpose. It should not be overturned simply to maximise the financial position of the NAS. It is scandalous that a newly built school has been left lying empty for a full academic year. It is appalling that the NAS plans would reduce the general capacity of special educational needs education in the Essex area by 78 school places. It is tragic that simply in order to maximise its own financial advantage the NAS wants to hand over the Anderson School to Redbridge Council.

Redbridge simply wants to use the buildings. It would completely destroy the ethos and the purpose of the Anderson School, and with it the hopes and dreams of the children it was built to benefit. I fully understand the limitations of the Minister’s powers to take action in this matter, but I implore him to intervene in whatever way he can to break the impasse between the various organisations involved in this terribly difficult situation, and to help to restore to the autistic children for whom it was built the opportunity of a bright future, which was the vision of the Anderson Foundation. 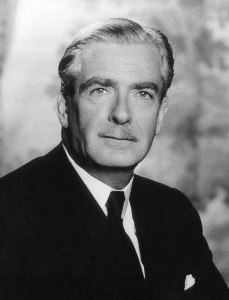