The comments made by Ed Miliband, the Shadow Secretary of State for Business, Energy and Industrial Strategy, on 2 December 2020.

Let me join the Minister in expressing deep sympathy for those who are at risk of losing their jobs. The test of government and indeed this House is whether that sympathy translates into action. So I have four specific questions for him.

Second, we need to learn lessons. In the insolvency bill this summer, Labour put forward amendments to make pension fund holders priority creditors when businesses went bust. The Minister said it was not necessary. Does he now agree now that it was a mistake, that this change would have better protected the pensions at Arcadia and that this should be put right through legislation in the future?

Third, on the workers at Debenhams and indeed Arcadia facing redundancy, given the scale of redundancies and the grim economic backdrop will he look at providing specific and targeted help for them to get back to work?

Fourth, we have an emergency on our high streets with an estimated 20,000 shops closing and 200,000 workers losing their jobs since the economic crisis began. While we welcome the support that has been provided, will he recognise the Government must do more? Extending the rent evictions moratorium beyond December when it is due to expire. Increasing the support for hospitality businesses which was a call across this House yesterday. And addressing the massive disadvantage high streets face around business rates compared to online retailers?

Today is a day of great news on the vaccine. The Government has a massive responsibility to preserve the businesses and jobs we need on the other side of this crisis. They are still not acting on a scale that meets the economic emergency our country faces. They need to do so. 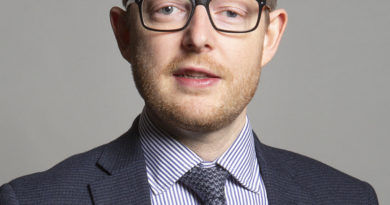