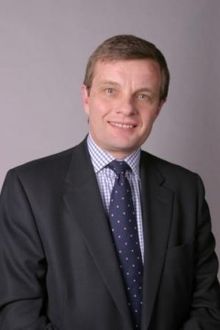 The speech made by David Jones, the Conservative MP for Clwyd West, in the House of Commons on 30 June 2022.

I congratulate my right hon. Friend the Member for Newark (Robert Jenrick) and the hon. Member for Birmingham, Selly Oak (Steve McCabe) on securing the debate, and I thank the Backbench Business Committee for facilitating it. It is, for all the reasons set out by my right hon. Friend, a timely debate. It is also timely because it comes after the report of the board of governors of the IAEA on 30 May and the subsequent resolution of 8 June, which censures Iran for non-co-operation with the agency’s inquiry into nuclear traces found at three non-declared sites. That action on the part of the agency is certainly a step forward, but it goes nowhere near far enough.

Iran’s nuclear programme has been known about since 2002, when the existence of the facilities at Natanz and Arak were revealed by the Iranian democratic Opposition, the National Council of Resistance of Iran. The Iranian regime has always asserted that its programme is for civilian purposes only and has always denied that it is attempting to produce nuclear weapons. That simply defies belief. As we have heard, despite the terms of the JCPOA, Iran started enriching uranium to 20% in 2010, and later the same year it moved to 60% enrichment. As my right hon. Friend pointed out, that is considerably beyond anything that is needed for civilian purposes.

In its report of 1 June, the Institute for Science and International Security concluded:

“Iran’s breakout timeline is now at zero. It has enough 60 percent enriched uranium or highly enriched uranium (HEU) to be assured it could fashion a nuclear explosive. If Iran wanted to further enrich its 60 percent HEU up to weapon-grade HEU, or 90 percent, it could do so within a few weeks with only a few of its advanced centrifuge cascades.”

Clearly the time pressure is enormous. The report went on to note:

“Whether or not Iran enriches its HEU up to 90 percent, it can have enough HEU for two nuclear weapons within one month after starting breakout.”

That is, by any standards, a very worrying state of affairs.

It is made all the more worrying by Iran’s increasingly erratic and aggressive stance in the region and, indeed, the wider world. As my right hon. Friend rightly pointed out, Iran is an active state sponsor of terrorism—probably the world’s leading state sponsor. Its proxies are engaged in fomenting conflict in Yemen, Syria and Lebanon. My right hon. Friend mentioned the Istanbul incident; I would like to mention the incident in June 2018, when a bomb plot targeting a gathering of Iranian pro-democracy supporters in Paris was disrupted by the French and Belgian authorities. An Iranian diplomat accredited to the embassy in Vienna was subsequently convicted for leading the conspiracy and was sentenced to 20 years’ imprisonment. Three accomplices were convicted, and their sentences were upheld, with two years added, by the court of appeal in Antwerp in May. Iran is certainly exporting terrorism not just throughout the region, but across the world.

I feel the need to correct my right hon. Friend on that point. It was not just Iranian politicians and Opposition members who were targeted; five of us from the British Parliament were at risk of being blown up in that terrorist incident.

My hon. Friend is entirely right: it was a gathering of supporters of the NCRI, which takes place every year in Paris and attracts supporters from all round the world. As he points out, had that conspiracy been successful, its consequences would have been catastrophic.

My right hon. Friend the Member for Newark mentioned Iran’s revolutionary guard corps. That is, in effect, a state within a state. It directs, leads and executes the terrorist activities of Iran. As he pointed out, it is a proscribed organisation in the United States, and many will wonder why it is not proscribed in this country. I believe that it should be. Iran is already a global danger, but a nuclear-armed Iran is an appalling and unacceptable prospect.

The IAEA report makes it clear that the Iranian regime has, effectively, been playing games with the agency for many years. At three locations that the agency requested to visit, the regime razed buildings to the ground and removed structural material and soil, clearly in an effort to disguise what was happening there. Nevertheless, the agency discovered traces of anthropogenic nuclear material. The report states that the regime has

“not provided explanations that are technically credible”

for the presence of nuclear material in those locations. The Tehran regime has clearly shown by its actions that it has no intent whatever to co-operate in good faith with the IAEA. Not only is the regime taking steps to advance its enrichment programme by installing more advanced centrifuges; it is doing all it can to restrict the ability of IAEA inspectors to monitor its nuclear sites. It has turned off two devices that the agency relied on to monitor the enrichment of uranium gas at Natanz and initiated plans to remove 27 surveillance cameras from other nuclear facilities.

On 20 June, Reuters cited a confidential IAEA report, which revealed that:

“Iran is escalating its uranium enrichment further by preparing to use advanced IR-6 centrifuges at its underground Fordow site that can more easily switch between enrichment levels”.

In a joint statement to the board of governors of the IAEA on 27 June, the UK, France and Germany expressed their concern about the continued nuclear activities in breach of the JCPOA. They pointed out that the alarming accumulation of enriched material is cause for great concern and is further reducing the time that it would take Iran to break out towards its first nuclear weapon.

The position, therefore, is that it is clearly known that Iran is taking active steps to produce highly enriched uranium, the only credible purpose of which can be to produce nuclear weapons. The question must be whether there is any purpose in continuing to urge Iran to fulfil its obligations under the JCPOA when it is perfectly clear that it has no intention whatever to do so. The continued efforts to engage with Iran and go the extra mile may be laudable, but, frankly, seem increasingly futile. Iran clearly regards the west as weak and is almost openly laughing at us.

A new course is called for. Consideration should be given to whether seeking to adhere to the JCPOA as the basis for our future dealings with Iran is realistic or sensible. Rather than clinging to vain hopes that Iran is capable of mending its ways and responding to the IAEA’s censure, the UK should work with the United States and other international partners to refer Iran to the UN Security Council with a view to reinstating the six sanctions-imposing resolutions that were suspended with the JCPOA’s initial implementation.

Iran must learn that flouting the JCPOA has real consequences, and the west should unite to apply the most intense pressure possible on Iran to wind up its nuclear programme, since it is now abundantly clear that it is not for any peaceful purpose, but is aggressive. Quite simply, Iran is a rogue state, and a rogue state in possession of nuclear weapons is not a prospect that the west can happily contemplate or, indeed, tolerate.