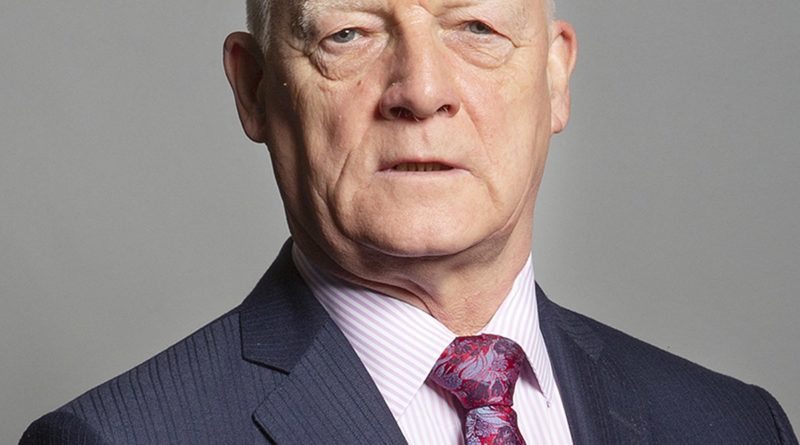 The speech made by Steve McCabe, the Labour MP for Birmingham Selly Oak, in the House of Commons on 30 June 2022.

I thank the right hon. Member for Newark (Robert Jenrick) for securing the debate and congratulate him on an excellent speech. In the interest of transparency, I am the chair of Labour Friends of Israel and a member of the British Committee for Iran Freedom.

I suspect that the outcome of the talks in Vienna will be crucial in shaping the future of the international community’s relations with Iran. Whatever that outcome, however, we must develop a clear-sighted and comprehensive strategy to tackle the challenges we face, including the many that the current talks are unlikely to resolve. As we have heard, the malign activities of those who control the Iranian regime extend far beyond its nuclear ambitions and include: its ballistic missile programme; support for terrorist proxies across the middle east; the dangerous influence and activities of the Islamic Revolutionary Guard Corps; Tehran’s insidious disinformation campaigns; its policy of state hostage taking; and the suffering of the Iranian people over four decades.

In the face of those challenges, the JCPOA, which was negotiated in 2015, looks pretty limited. Despite the name, as the right hon. Gentleman pointed out, it is clearly not comprehensive and, as we heard, it actually exacerbated certain problems by freeing up extra resources for the mullahs. The Trump Administration’s unilateral withdrawal in 2018 dealt a severe blow to the deal, but Iran’s record of systematically violating the agreement had already highlighted its inadequacy.

Those violations include, as we have heard, the decision to enrich uranium beyond the agreed cap and the deliberate obstruction of the IAEA inspectors. Iran had already made clear its contempt for the agreement by turning off some of the inspectors’ monitoring equipment. Officials said a couple of weeks ago that they expect to lose any continuity of knowledge regarding the progress of Iran’s activity because of the obstruction they are facing from it. Even if we had a deal up and running, the inspectors would not be able to do their job.

Some believe that a new agreement might provide a measure of medium-term restraint on Iran’s nuclear programme; others have their doubts. As we have heard, the Institute for Science and International Security has concluded that it is on the verge of obtaining the bomb. The appointment of Mohammad Eslami, the main liaison with Pakistani freelance nuclear scientist Abdul Qadeer Khan, as the new head of Tehran’s Atomic Energy Organisation is the clearest signal we could have of Iran’s real intentions. That is why I am sceptical of the idea that those people will negotiate in good faith and keep their word.

As the LFI argues in its recent pamphlet on the subject, the UK needs to develop realistic strategies to address the nuclear threat and the other Iranian issues. Iran’s ballistic missile programme is the biggest in the middle east and makes it the first country to develop a missile with a 2,000 km range without having first developed nuclear capability. It is also the only country that routinely threatens to wipe another nation off the face of the map—the destruction of the state of Israel is the official policy of Iran’s leaders.

As we have heard, as well as threatening Israel’s existence, Iran is responsible for waging war, terrorism and violence—mostly through its proxies—in Lebanon, Syria, Yemen, Iraq and the Palestinian territories. The UK has rightly banned some of those proxies, but not all their front organisations. The Government should do more and look at proscribing Hezbollah and Hamas.

As we have also heard, Iran’s terrorist activities are supported by the regime’s ideological army, the Islamic Revolutionary Guard Corps, which not only leads on meddling in the region but brutally represses ordinary Iranians. Its influence has expanded rapidly in recent years, including over a variety of operations across Europe. I believe, as others do, that the UK should join our allies the United States and proscribe the IRGC for the dangerous terrorist group it is.

Iranian disinformation efforts, run by the IRGC, have significantly expanded since 2015. There is mounting evidence of interference in UK domestic politics, including last year’s Scottish Parliament elections. The UK Government should urgently draw up proposals for how they intend to combat and disrupt that interference.

Iran’s policy of arbitrarily detaining foreign nationals, most prominently Nazanin Zaghari-Ratcliffe, demands co-ordinated international action. The Foreign, Commonwealth and Development Office must be bold enough to call this activity what it is—state hostage taking. We should use the UK’s position at the UN to lead and develop a proper response from the international community.

We should also never forget that the Iranian regime’s most long-standing and long-suffering victims are the Iranian people themselves. We can and should do more to support the victims of some of the most unimaginable human rights abuses. I think it is both curious and shocking that, nearly two years since it was established, the Magnitsky Act is yet to be applied to a single Iranian individual or entity. There are many Iranian politicians and officials guilty of human rights abuses, including prison governors, military personnel, regional governors and others. Ebrahim Raisi himself stands accused of being responsible for a programme of mass killings in Iran.

Whatever the outcome of the nuclear talks in Vienna, the threats posed by this regime to the Iranian people, the peoples of the middle east, our own country and democracies around the world will not go away. UK foreign policy should reflect the reality of the situation. Any revived JCPOA that only deals with the nuclear programme is probably not worth the paper it is written on. The desire of those who wish to resurrect the JCPOA should not detract from the urgent need to recognise and develop a smart, proportionate and comprehensive strategy to resist Iran’s terrorist activity around the globe.

Should it prove impossible to secure a satisfactory deal, which I think is pretty inevitable, I concur with the right hon. Member for Clwyd West (Mr Jones) that the UK and other western participants should refer the regime’s nuclear activities to the UN Security Council, and we should immediately seek to reinstate the six resolutions that were suspended in good faith because of the JCPOA. 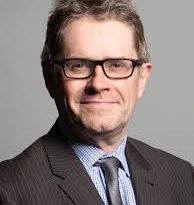 Jo Gideon – 2020 Maiden Speech in the House of Commons