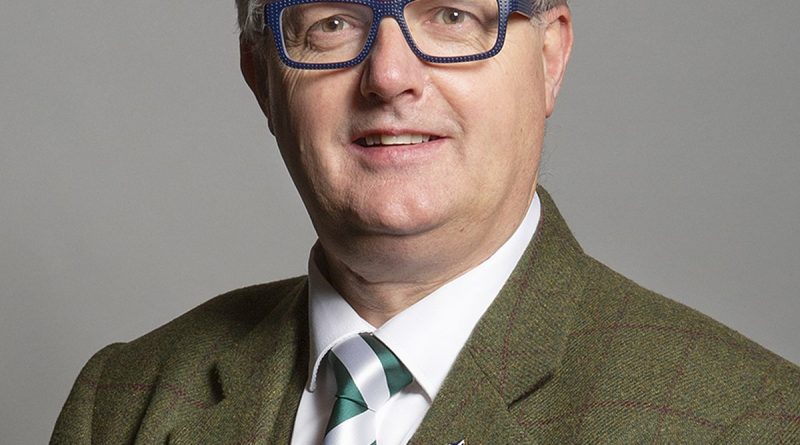 It is a pleasure to speak in the debate this afternoon and to give the full support of the Scottish National party to this Opposition motion. We very much welcome this debate, particularly as just yesterday the Scottish Government announced a £10 million package of funding for local authorities to continue providing free school meals over the forthcoming school holidays, up to and including the Easter break of 2021. The Scottish Government did that, quite simply, because in the middle of a global pandemic and with an economic crisis looming, that was the right thing to do. As the Cabinet Secretary for Social Security, Shirley-Anne Somerville, said:

“We are doing all we can to ensure the right support gets to the right people at the right time in the right way”.

Part of getting the right support to the right people in the right way at the right time involves ensuring that those who are most exposed to the economic consequences ​of the pandemic know that their children will still at least have one hot meal every day, even if it is during the school holidays. I agree with the hon. Member for Stretford and Urmston (Kate Green) that it is remarkable that, in the 21st century, at a time like this, in one of the richest countries in the world, we are even having to debate this or to ask the Government to fund free school meals over the school holiday period to prevent 1.5 million of the poorest and most vulnerable children in England from going hungry.

I, too, would like to pay tribute to the work done by Marcus Rashford to shine a light on this issue. As a hugely successful young professional athlete, it would have been so easy for him not to have done what he has, but it is a measure of him as a person that he has not forgotten where he came from and the struggle that his family and others had to endure every day growing up. In his public petition, he is asking the Government to keep going with the free school meal programme that was put in place over the summer holidays and did so much to help children from low-income families, who have been hardest hit by the pandemic. It is not a huge ask, but it has struck a chord across these islands, including several hundred of my constituents in Argyll and Bute, who, although not directly affected by this, have been struck by the sincerity and compassion of this young man.

Sadly, that compassion was not replicated in the Government’s response to the petition reaching 300,000 signatures. Their spokesperson said:

“It’s not for schools to regularly provide food to pupils during the school holidays. We believe the best way to support families outside of term time is through Universal Credit rather than government subsidising meals.”

Of course, they said that when the Government had just announced that they were taking the £20 universal credit uplift away. That particularly dismissive, not to say callous, response exposes just how hollow the Chancellor’s promise was back in the summer to do “whatever it takes” to help people through this crisis. As we head into what will certainly be very difficult times this winter, with coronavirus cases on the rise, prompting fears of a second wave, taking away food from under- privileged children seems a perverse way of doing whatever it takes to help. Bizarrely, that same UK Government spokesperson said of the summer holiday school meal scheme:

as if we had somehow come through it all, the pandemic had gone and everything had returned to normal. Is that really what the Government wanted to say? Is that the message that they wanted to get out? If so, it is palpable nonsense, as any health professional, self-employed worker, hospitality business owner, seasonal worker or someone who is about to lose their furlough will confirm—as will the parent and carer of every poor child in England whose income has fallen and are now reliant on food banks and for whom a free school meal had become almost a daily necessity.

This is a political choice. There is no doubt that if this Government prioritised eradicating poverty, the money would be found in an instant, because poverty is not accidental. It is not inevitable. It is a political choice. Poverty is not something that happens by accident. ​Children going hungry in a country as rich as this is a consequence—a direct consequence—of political choices. A decade of austerity in which the poorest and weakest in our society were forced to carry the can and bear the brunt of a financial crisis that had nothing to do with them was a political choice, and so too is the decision to take away poor children’s food during an economic and health crisis. It is staggering.

I was going to ask the Secretary of State this. We all know how important healthy eating is—not just food on the table but healthy food on the table. During the covid crisis, the Government suspended the fruit and veg scheme, and it was only reinstated after some serious campaigning by the organisation Sustain. Does the hon. Member agree with me and Sustain that the fruit and veg scheme should be extended to all primary school children, so that they have the benefit of it?

That is not really a question for me—I am not and never would aspire to be the Secretary of State for Education—but I take on board the hon. Member’s point, because it is about political choices. That is why I am so pleased that the Scottish Government have chosen to use the limited powers they have to support 156,000 of our children and young people by committing £10 million to ensure that those children who need it will continue to get a free school meal during this holiday and every holiday up to Easter 2021. In addition, the Scottish Government have announced £20 million of funding to be made available to local councils to help tackle financial insecurity. That funding will be sufficiently flexible for councils to be able to provide support to people who, shamefully, have no recourse to public funds and would otherwise be destitute and have no access to mainstream benefits.

Of course child poverty still exists in Scotland; no one could or would deny it. But the difference between what the UK Government are doing and what the SNP is doing in Holyrood is that the Scottish Government are doing what they can, with limited powers, to alleviate the worst effects of the Government’s policies, to try to improve the lives of Scotland’s poorest children. That was recognised by both the Joseph Rowntree Foundation and the United Nations special rapporteur on extreme poverty, who praised the Scottish Government for using what he described as their

“newly devolved powers to establish a promising social security system guided by the principles of dignity”.

Included in that new security system is the Scottish child payment, which will pay the equivalent of £10 a week per child to families with eligible children who are currently in receipt of low-income benefit. From November, the fund will be open to families with children under the age of six, recognising that, of all children in poverty, almost 60% live in a family where a child is under six years old. Although there is no cap to the number of children per family, it means, for a family with two children under six, £1,040 a year extra in their pockets. That is expected to alleviate the worst excesses of poverty for 194,000 children, and it is a significant investment by the Scottish Government.

I understand that the Government intend to vote against the motion tonight. I hope the Whips have done their arithmetic, because I understand that at least one group of Conservatives will be voting with the Opposition ​this evening—the Scottish Conservatives. It was less than a month ago that the new leader, the hon. Member for Moray (Douglas Ross), declared that providing free school meals, breakfast and lunch to every primary school pupil in Scotland was to be his flagship policy in next year’s Scottish elections. He said:

“I have seen myself the difference that providing free meals can make. I just want to make sure no-one falls through the cracks and by giving this to all primary school pupils we can make sure the offer is there for everyone.”

Given his words, it is absolutely inconceivable that he and his colleagues would do anything other than vote for the motion tonight and provide the same level of support for the 1.5 million children in England who will benefit from school meals. That is why, despite being wholly devolved, we will be in the Lobby this evening alongside, I believe, every single Scottish MP when the House divides this evening.

Robert Jenrick – 2021 Comments on Protection for Homeless and Renters