Below is the text of the speech made by the then Work and Pensions Secretary, Andrew Smith, to the 2003 Labour Party Conference in Bournemouth on 2nd October 2003.

[NB, the numbers on this speech have been distorted and are not available]

Conference, this Welfare Reform debate defines the party we are, the values we stand for, and the fight we must win.

Our mission is to win the war on poverty throughout people’s lives.

The Tories gave the poorest families just � a week to cover the cost of a child.  Through record increases in child benefit and tax credits, Labour has increased that to �.

Where the Tories left over 4 million children in families on under �0 a week Labour has cut that by one and a half million.

But it’s right that as Labour’s most ambitious goal we want to see not just fewer children in poverty, but no child in poverty.

It’s about more than income alone.  It’s about education, housing, and health, with freedom from crime, drugs and abuse.  Sure Start is transforming the life chances of Britain’s poorest children.

Giving children the best start also means helping hard working parents.  Eight times as many people are getting help with their childcare than under the Tories, with the new tax credits giving up to �0 a week for childcare.

But we need to make more places available.  It’s ridiculous that so many school buildings stand empty after hours and in the holidays.

So conference, I can announce today that from April we will offer in 3 areas school-based childcare -available 7 to 7, 50 weeks a year, to ensure good care for children and the chance to work for parents.

Conference, we will keep driving forward with welfare to work. It’s one of Labour’s greatest achievements that even in a turbulent world with unemployment rising elsewhere, Britain has not only more people in work than ever before but the lowest unemployment for a generation.

That is not down to chance but to the choices of a Labour Government committed to economic stability and active steps to help people into jobs.  It’s not something to be taken for granted.

Britain must never go back to those Tory days where  three million unemployed were their “price worth paying” with the young condemned to idleness  and older workers thrown on the scrapheap.

So where the Lib Dems and Tories would  axe  the New Deal, Labour will extend it, with extra help for those who need it most, because we are determined to achieve our goal of full employment in every region.

That means removing barriers which still stand in the way of ethnic minorities.  We must ensure that training recruitment, and promotion depend on ability and not the colour of people’s skin. We will challenge racial disadvantage and racism wherever it occurs so that full employment really does mean employment for all.

That also means helping the million disabled people who want to work. This month we start new programmes combining focussed help in finding work, better NHS rehabilitation and extra payments of � a week for those who get jobs.

Disability rights is about more than jobs.  It is about people’s equal worth as individuals so they are not disabled by the preconceptions of others.

In years to come the treatment of disabled people typical of the last century – and still too often the case today – will be seen as an affront to their humanity.

This is a great cause of emancipation of our time. Labour wants Britain to lead the world on the rights and opportunities of disabled people.  We will extend anti-discrimination law and publish this year a Draft Bill, to fulfil in this Parliament our manifesto pledge to the full civil rights of disabled people.

Thanks to health and safety reps and workplace partnership, industrial deaths were down 10% last year. But we must do more. I am announcing today a new Challenge Fund, working with unions and employers, to extend workplace safety advice in small and medium size businesses, and we support the Freedom from Fear campaign, because we believe every worker has the right to workplace safety.

As people live longer, opportunities for older workers are critical.

1.2 million more people over the age of 50 are now in work than in 1997 but too many still face barriers.  For young and old alike it is wrong to base opportunities on age rather than aptitude and it’s right that we press ahead to outlaw age discrimination.

We will change the rules so people can draw down a pension and continue working for the same employer.

Where people choose to take their state pension later, they deserve a better deal.

So I announce today, we will offer people the choice – for the first time ever – of a lump sum, as much as �,000 where they defer for 5 years. So poorer pensioners can get sums which until now have been the preserve of the better off.

We are giving people more choices.  But it would be wrong to force longer working on the least well off, often with the hardest working lives and the shortest retirement to look forward to. We reject putting up the State Pension Age.

Conference, partnership should be the basis for security in occupational pensions.

We have set up the Pension Commission; it’s work will include the case for greater compulsion.

While we applaud those employers taking tough decisions to meet their pension commitments, we condemn those who walk away from their responsibilities, short-changing workers who saved all their lives. They can’t claim workers’ loyalty, then dump them in retirement. Labour is in government not just to challenge such injustice but to do something about it.

So we will change the law …

– To stop employers walking away from their obligations.

– To stop companies using take-overs to scrap pensions; and,

A pension promise made must be a pension promise honoured. When a firm goes bust, it can’t be right that workers see their life savings destroyed. So, conference, our Labour Government will legislate for a Pension Protection Fund…

We build on the improvements we have already made –

–  with the state second pension, extending pension rights to 20 million low paid workers, carers and disabled people, most of them women

And where the Tories want to privatise the state pension, Labour has increased it by �a week more than inflation and will continue to build on it as the foundation of security in retirement.

Labour has already raised the incomes of the 2 million poorest pensioners by more than � a week,  narrowing the gap between them and the society as a whole.

But the system has until now penalised those who’ve put something by for their retirement, with each pound of income knocked straight off benefits.

On Monday we change that. The new Pension Credit – the most significant increase in help for a generation – not only guarantees a minimum income but rewards those who have saved and so often missed out in the past.

It is straightforward, awards are backdated and half of pensioner households – the poorest half – gain, by an average of �0 a year.

From next week – as the Tories debate privatising state pensions – already more than 1 million pensioners will see their income rise with Pension Credit and that number will go up with every passing day.

It’s a key dividing line for the next General Election.  The Tories and Lib Dems will have to explain why they plan to take �0 off half the pensioner households in the country.

So let us get out there, campaigning to ensure pensioners get, and keep, what is rightfully theirs.

And let’s thank all the staff of  the new Pensions Service, the first ever dedicated service for pensioners, just as we value all the New Deal Personal Advisors, the Disability employment workers and the child support staff. They are the front line troops in the war against poverty – and we’re proud of them.

– it all shows the difference Labour is making – and how much more Labour can do.

So let’s go from here proud of our achievements, clear in our vision, confident in our purpose to build a Britain of fairness and opportunity, where no-one is left behind.

The campaign for social justice is at Labour’s heart.  It’s what brought all of us into the Labour Party. It is changing Britain for the better and it will be our inspiration until the job is done. 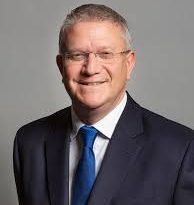 Andrew Rosindell – 2020 Speech on the Reopening of Zoos, Aquariums and Wildlife Sanctuaries