Below is the text of the speech made by Andrew Jones, the Parliamentary Under Secretary of State for Transport, in Milton Keynes on 25 May 2016.

Thank you for the chance to speak today.

I must begin by complimenting the organisers’ impeccable sense of location and timing – in inviting me to make my first big speech on driverless cars, in Milton Keynes, home to a major driverless cars trial, and just a week after the world’s first driverless car insurance legislation was announced in the Queen’s Speech.

My message this morning will be a clear one.

Driverless cars are coming, and they are sooner than many people expect.

They will be a great step forward in automotive history, and potentially add significantly to quality of life and human freedom.

The UK is in a great position to lead their development.

And our new insurance legislation, which this morning I will set out in more detail than the government has done before, will create space for insurers to innovate and meet the needs of a radically different market.

In recent times we’ve grown used to living with transport technologies that we consider to be basically mature.

The chief characteristics of the modern car haven’t changed much since.

From the Model T Ford to Aston Martin’s new DB11, being a four-wheeled, rubber-tyred vehicle navigated by a human driver, have remained constant for well over a century.

Of course as things improve, the technology has been refined and improved over time.

Yet it now seems clear that human-navigated cars have been just a stepping stone to the car’s ultimate form.

It won’t happen overnight, but we will steadily hand more and more of the driving process over to the vehicle itself.

Eventually, there will be virtually nothing left for the motorist to do.

Those who can’t currently drive will gain the chance to take to the open road. that could transform the lives of many older people.

Those of us who are already motorists will gain free time on our journeys to do other things; to work, read, watch television or socialise with our fellow passengers.

After dropping us at our destination, our cars may well be able to return home on their own, to charge themselves, or perhaps make themselves available for other users.

And all this should make travelling far safer.

More than 9 in 10 of today’s road fatalities have an element of human error.

The great hope for driverless cars is that they can eliminate those deaths, transform road safety in our country.

The government is spending £100 million to support trials such as these, including in Greenwich, Bristol and Coventry.

But even that sum is dwarfed by what the big manufacturers are spending in the race to be first to make the technology commercially available.

Volvo, working with Thatcham – the insurance research body – recently announced that it will start testing its driverless technologies in and around London next year, with a rollout of up to 100 cars in 2018.

And the government believes that within 4 years it will be possible to buy cars that, under supervision, park on their own and pilot themselves on motorways.

This is all good news for the UK.

Because we have a regulatory environment that is more open to automated and driverless cars than any other country in Europe.

This is a key government objective – to make the best place to do research and development.

Our car industry is more productive than ever before, and we are already building cutting-edge cars – such as the all-electric Nissan LEAF. I went up recently to the Sunderland Nissan battery plant. That plant built more cars than all of Italy.

So we have a great opportunity for the UK to become a pioneer in the design, manufacturer and use of driverless vehicle technologies.

One other area where the UK has a lot of strength is the financial services industry.

So last week, in the Queen’s Speech, we became the first country in the world to announce our intention to legislate on insurance requirements for driverless cars.

Now, there’s been a lot of speculation about what the advent of the driverless car means for the insurance industry.

Some of the more excitable commentators have said that driverless cars will make motor insurance unnecessary.

I believe that is a lot of pie in the sky.

At least for the moment.

You will know better than anyone the range of things that can lead to insurance claims, many of which will be unaffected by the coming of the driverless car.

But what does seem certain is that insurance will need to change.

Firstly, much of the data on which insurance is priced and sold will steadily become obsolete.

Secondly, vast quantities of new kinds of data will become available, assessing not individual driver risk but vehicle behaviour and other factors.

And thirdly, in the event of a serious collision when in driverless mode, it would be the vehicle at fault, instead of the human driver.

In the legislation we will propose, we want to create space for the industry to lead these changes.

And we will amend the Road Traffic Act 1988 motor insurance provisions.

Compulsory motor insurance will be retained, but it will be extended to cover product liability, so that when a motorist has handed control to their vehicle, they can be reassured that their insurance will be there if anything goes wrong.

Where the vehicle is at fault then the insurer will be able to seek reimbursement from the manufacturer.

The vital point is that, for affected individuals, the insurance process will feel much the same.

Motorists and victims of collisions won’t be forced to go to court to obtain compensation.

They will have the benefit of fast and fair insurance compensation – just as they do today.

We will consult on these changes over the summer.

And we expect them to become law in time for applicable vehicles to come onto the market.

So there’s a pretty rare window of opportunity. That opportunity’s for insurers to innovate, to develop new products, partnerships and approaches.

And in the meantime, the government is keen to work with you.

We want to hear from the industry.

How can we support you in supporting your customers through these changes?

And above all, we want your views on the proposed legislation.

Have we got it right?

What more could we do?

Please look out for our consultation this summer.

We want to make sure that the benefits of automated cars by electric or hydrogen motors will be felt here. We want to be first in the world to grab opportunities. We can’t do this without industry who looks to the future. And we have a rare chance to shape the legislation of the future.

Because we are moving into this unseen territory together.

But also an exciting time. 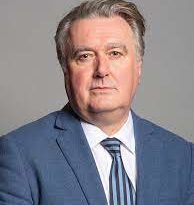