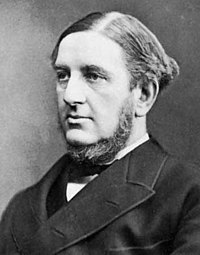 The statement made by William Harcourt, the then Home Secretary, in the House of Commons on 28 February 1884.

Sir, last night, at Charing Cross Station, in consequence of the information that had been received, the clerks particularly observed and searched the luggage there. That was about half-past 11 o’clock at night. I had better, perhaps, read the words of the Report on the matter which I have had from the police— 11.30 P.M. yesterday.—James Chamberlain, second cloak-room clerk, when looking over the stored luggage, lifted up a shabby black American-leather portmanteau, two feet by twelve inches, and finding that the weight of the contents was all on one side, he became suspicious, and opened the portmanteau with a duplicate key, finding, on the right hand side, well covered by some newspapers, a quantity of dirty white-looking cakes of an oily nature, four inches by two inches, packed closely around a tin box in the centre, the box being about four inches square, and the edges hermetically sealed with black sealing wax, and parts of an old pair of trousers pushed in between to fill up the space. The left-hand well only contained half an old coat, torn down the middle of the back. This having been discovered, the box and the material were sent to be examined by Colonel Majendie. I have seen it myself to-day. The tin box was about 6 or 8 inches square. It was a small japanned tin box. It appears it contained a clock—one of the ordinary small clocks that are to be seen in the shops—of American manufacture. It had arranged behind it a small pistol, which was so arranged that by the clock-work it should explode a cap. In proximity to this was placed a cake of a species of dynamite which is unknown in this country, and which is not used here, nor manufactured here, called Atlas Powder. In that cake of dynamite were six of the detonators for exploding dynamite, and loosely arranged round the box, in the portmanteau, were 40 of these cakes, amounting to about 20 lb. weight of dynamite. It appeared that the clock-work had let off the pistol, but the cap had missed fire, in the midst of this dynamite. It is a remarkable circumstance that Colonel Majendie has discovered, at the Victoria Station, in a state of semi-fusion, but quite sufficient to identify it, a mainspring of an exactly similar clock, so there cannot be smallest doubt that the two attempts were made identically in the same way. This dynamite was deposited at the Charing Cross Station on the same night as the explosion at Victoria Station, and the ticket on the portmanteau shows that it was deposited between 7 and 9 on Monday the 25th instant.

Since I came to the House I received the following Report from the police:— Mr. Hart, of the Great Western Railway, has just called on me to say that a portmanteau has been found at their station, containing what appears to be similar cakes of dynamite to that found at Charing Cross, and a clock-work arrangement, which, from the description, appears to be the same as that at Charing Cross. So that there are clearly three deposits of this character, all evidently of the same sorts, and olearly with the same object. The most significant part of the matter, as I have already stated, is that the explosive used is one which is not known, or manufactured, or used in commerce in this country. It is one with which, unfortunately, I am very familiar, because it has been discovered many times in connection with attempted explosions—some of which succeeded, and some did not—at Glasgow, at Liverpool, and in London. It is a ligneous composition of dynamite. Is is manufactured, as we know, in America, and, as far as Colonel Majendie knows, it has never been seen here except in connection with these explosions in this country.

Eric Pickles – 1992 Maiden Speech in the House of Commons