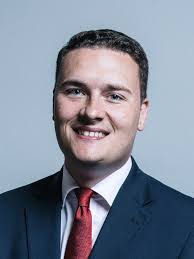 The speech made by Wes Streeting, the Labour MP for Ilford North, in the House of Commons on 20 July 2022.

Let me begin by thanking the Secretary of State for advance sight of his statement and adding my thanks to the Minister of State, to his predecessor as Secretary of State, the right hon. Member for Bromsgrove (Sajid Javid), who is sat opposite, and to officials in the Department for the work they have done. I am genuinely glad that this work is out of the door when so much else has been in hiatus because of the wider political change afoot in the Government. I join the Secretary of State in recognising the campaigning efforts of his constituent Kath Sansom, as well as the efforts of my hon. Friend the Member for Swansea East (Carolyn Harris), who has campaigned tirelessly to raise awareness of the menopause and has been a driving force for change on behalf of women everywhere.

For too long, women’s health has been an afterthought, and the voices of women have been at best ignored and at worst silenced. Four out of five women who responded to the Government’s survey could remember a time where they did not feel listened to by a healthcare professional, and that has simply got to change. In recent years, we have seen a string of healthcare scandals primarily affecting women: nearly 2,000 reported cases of avoidable harm and death in maternity services at Shrewsbury and Telford; more than 1,000 women operated on unnecessarily by the rogue breast surgeon Ian Paterson; thousands given faulty PIP— Poly Implant Prothèse—breast implants; and many left with traumatic complications after vaginal mesh surgery. Meanwhile, every woman who needs to use the NHS today faces record high waiting times. The NHS is losing midwives faster than it can recruit them. Gynaecology waiting lists have grown faster than those for any other medical specialty. The number of women having cervical screening is falling. And black women are 40% more likely to experience a miscarriage than white women. That is the cost for women of 12 years of Conservatives mismanagement, so I want to address each part of the strategy in turn.

The strategy promises new research, which is of course important. Studies suggest that gender biases in clinical trials are contributing to worse health outcomes for women. There is evidence that the impact of women-specific health conditions such as heavy menstrual bleeding, endometriosis, pregnancy-related issues and the menopause is overlooked. So of course what the Secretary of State has said today about improving data is so important, but will he also set out how exactly the Government intend to make use of this new data to improve outcomes for women?

Improving the education and training of health professionals is essential, because when we do not do that, there are consequences. Almost one in 10 women has to see their GP 10 times before they get proper help and advice about the menopause, and half of medical schools do not teach doctors about the menopause, even though it affects every woman. I challenge the Secretary of State to go further than the proposal he outlined to train incoming medical students and incoming doctors. What plans do the Government have for clinicians who are already practising? We need to upskill the existing workforce, not just the incoming workforce. However, let us be clear: informing clinicians is no good if we do not also improve access to hormone replacement therapy, so where is the action in the strategy to end the postcode lottery for treatment?

Breast cancer is the most common cancer in the UK, and the NHS offers regular breast cancer screening to women aged between 50 and 70. That can prevent avoidable deaths by identifying cancer early, when it is more treatable and survival is more likely. Yet, fewer women in the most deprived areas than in the most affluent areas receive regular breast screening. Even before the pandemic too many women with suspected breast cancer were waiting more than the recommended two weeks to see a specialist. How will the programme announced today make a difference to outcomes for patients if, once diagnosed, they just end up on a waiting list that is far too long and they cannot access the treatment they need?

I welcome what the Secretary of State said about removing barriers to in vitro fertilisation for women in same-sex couples. For far too long they have faced unnecessary obstacles to accessing IVF, for no other reason than that they love another woman. It is high time that we put that right.

I also want to mention endometriosis. Tens of thousands of women provided testimony to the Government about the issues they face with diagnosis and treatment. Will the Secretary of State give the House an assurance that every woman who is treated for this disease will have equal access to specialist services from day one? Will he make sure that they do not have to fight to get the diagnosis in the first place?

On polycystic ovary syndrome, what will the Secretary of State do to make sure that we equalise access to a range of treatments, not least for women for whom the pill is simply inappropriate? We must make sure we end the division between those who receive a prescription on the NHS and those who go private, receiving better treatment.

I also want to raise some points about what has not been mentioned today. In addition to the appalling figures on black maternity deaths, a quarter of black women surveyed by Five X More felt that they received a poor or very poor standard of care during pregnancy, labour and post-natal care. Women who live in deprived areas are more likely to suffer a stillbirth than their richer counterparts. My hon. Friend the Member for Oxford East (Anneliese Dodds), the shadow Secretary of State for Women and Equalities, has pledged a new race equality Act to tackle the structural inequalities in our society, including in healthcare. However, the Government are more interested in stoking culture wars than in acknowledging that these inequalities even exist. Surely that has to change when there is a new leadership of the Conservative party.

In conclusion, the reality that faces women in this country is this: breast cancer waiting times are through the floor, half a million women are waiting for gynaecology treatment, black women are four times more likely to die in pregnancy and childbirth, and too many women still cannot get HRT when they need it. This strategy simply will not solve the depth of the crisis in women’s healthcare after 12 years of Conservative mismanagement. Every day this Conservative Government remain in office is another day when women will have to wait far too long for the care they desperately need.

Ben Wallace – 2005 Maiden Speech in the House of Commons