The statement made by Vicky Ford, the Minister for Africa, Latin America and the Caribbean, on 10 January 2022.

The steps taken by President Ortega and Vice President Murillo to prevent free and fair elections in Nicaragua were a clear abuse of power. The elections of 7 November 2021 lacked credibility, with opposition figures detained, including seven potential presidential candidates, and a crackdown on fundamental rights and freedoms. Today’s inauguration is therefore not a result of the freely expressed will of the Nicaraguan people and the UK will not attend.

This increasing authoritarianism must end. The rule of law and the rights of the Nicaraguan people must be respected, and free and fair elections restored.

The UK calls for the immediate and unconditional release of all opposition leaders and other political prisoners in Nicaragua and for the full restoration of their civil and political rights. We reiterate our call on the regime of Daniel Ortega to fulfil its international obligations, end the repression of independent media, allow for the return of international human rights observers and establish a meaningful national dialogue.

The UK welcomes the sanctions packages announced by the US and the EU today. We will continue to voice our concerns to the Government, calling for Nicaragua to fulfil its international obligations by respecting the human rights of its citizens and bringing an end to the repression in the country. 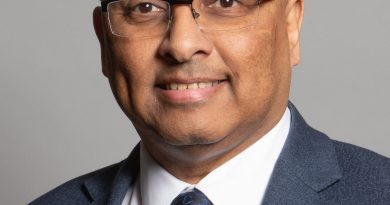