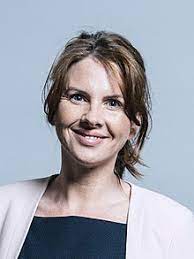 The speech made by Trudy Harrison, the Parliamentary Under-Secretary of State for Transport, in the House of Commons on 28 June 2022.

I congratulate the hon. Member for Putney (Fleur Anderson) on championing Hammersmith bridge once again, and on securing the debate. I also note the contributions by the hon. Members for Hammersmith (Andy Slaughter), and for Richmond Park (Sarah Olney). I have listened carefully to them, and I appreciate that the subject is of keen interest to their constituents. I understand the impact of the bridge’s closure to motor vehicles on many of the people in constituencies around Putney, and throughout south and west London.

As the hon. Member for Putney is aware, the bridge is owned by the London Borough of Hammersmith and Fulham and, as such, the borough has the responsibility for maintaining the bridge. The decisions on its repair lie with the borough. The bridge is a unique wrought iron structure, and has served generations of Londoners for nearly 200 years. It is deeply concerning that the bridge has had to close, first to motor vehicles in 2019 and then to all users in 2020. Of course the safety of those using the bridge was and remains the greatest priority. That is why my Department has done everything in its power to assist the London Borough of Hammersmith and Fulham and Transport for London with the project, and to facilitate the full reopening of the bridge to all users, including motor vehicles.

I turn to the progress that has been made and some of ways that we have assisted. In 2019, we established the Hammersmith bridge taskforce, led by Baroness Vere of Norbiton, and it has met several times. The taskforce brings together all the key stakeholders whose input is required to deliver successful outcomes for pedestrians, cyclists, river traffic, and, eventually, motorists. The taskforce has been instrumental in organising stakeholders to work together in developing a clear course of action to enable the bridge to open.

The hon. Member for Richmond Park (Sarah Olney) asked about the prior information notice that was issued by Hammersmith and Fulham. That PIN was issued on 25 May, with a deadline of 10 June. It was then extended to 15 June. Meetings with interested parties are taking place over the next few weeks to gauge interest and to seek feedback on the proposals. This is a crucial step in the process, and in developing an understanding of the market’s appetite and of the options being considered by the London Borough of Hammersmith and Fulham.

On the timelines, since the establishment of the Hammersmith bridge taskforce, the project has made significant progress. Thanks to Government funding—some £4 million was provided on 31 October 2020—the bridge was able to reopen on 17 July 2021, albeit on a limited and controlled basis, to pedestrians, cyclists and river traffic. The next stage of the project—reopening the bridge to motor vehicles—is under development by the London Borough of Hammersmith and Fulham. Providing a schedule for full reopening is part of the development process. Whether to impose tolls is a decision for the London Borough of Hammersmith and Fulham. We expect the borough to engage with residents as it deems appropriate, so that it can understand any implications, as the hon. Member for Richmond Park set out.

Can the Minister bring any influence to bear on her colleague in the other place, Baroness Vere, so that she reconvenes a taskforce that will enable the whole issue of tolls to be properly, widely and publicly discussed with the relevant stakeholders?

I will now set out exactly what is happening. Much good progress is being made. Following the complete closure of the bridge in 2020, the Department for Transport provided £4 million of taxpayers’ money, which enabled a comprehensive investigation of the overall structure and condition of the bridge. Through that investment, we had pretty much world-leading engineers working to develop a complete picture of the issues facing the bridge. Those works determined that the bridge was in a better condition, thankfully, than first thought, and that led directly to the bridge reopening, albeit on a temporary and controlled basis to pedestrians, cyclists and river traffic.

I am in a state of despair, listening to the Minister. The cost of reopening this bridge could be £160 million. Hopefully, it will be less, but it is of that order. It is about the same as building a whole new Thames bridge, and it is fantasy for the Minister to say, “The Government are providing £4 million,” and “The Government have done this or that.” All the initiative so far has been taken by Hammersmith and Fulham Council—whether that is on the memorandum of understanding, on the proposals for the cheaper Foster COWI bridge, or on the stabilisation work—to get the bridge open permanently again to pedestrians. This is a strategic route through London. The Government must step up to the plate. I know that this is not in the Minister’s brief, but please could she take this issue seriously? It is affecting hundreds of thousands of people all across London and the south-east.

I reject the characterisation of my Department as not taking this seriously. The hon. Gentleman will know that when one is potentially spending more than £100 million on a new bridge, much consideration and engineering knowledge will need to go into things such as a review by the Case for Continued Safe Operation Board. The board monitors the condition of the bridge, and has enabled it to stay open to pedestrians, cyclists and river traffic. I am relieved to say that since that reopening, no further closures on safety grounds have been necessary.

The commitment to this project did not stop at the initial £4 million investment—not at all. In the TfL extraordinary funding and financing settlement of June 2021, we committed to sharing the cost of reopening the bridge. We have committed to that funding with the London Borough of Hammersmith and Fulham and TfL. We reiterated that commitment in a subsequent settlement, agreed in February 2022. That commitment ensures that the Government will fund up to one third of the cost of opening the bridge to pedestrians, cyclists, river traffic and—depending on those costs—buses and motor vehicles as well.

The first part of that commitment has already been delivered. Earlier this year, the Department approved the full business case from LBHF for the stabilisation works on the bridge. Those works will ensure that the bridge will remain open to pedestrians, cyclists, and river traffic permanently, with no risk of further temporary closures due to unsafe conditions.

The approval of the business case was a condition of the Government’s releasing their third of the funding for stabilisation. I am pleased to say that in May this year, my Department provided the borough with almost £3 million to allow the works to progress unimpeded by financial concerns. That brings the total investment to date to nearly £7 million.

It is thanks to the excellent work and diligence of my Department, TfL and the London Borough of Hammersmith and Fulham that the works are already well under way. At long last, the residents of this part of London can see tangible progress being made. The borough is now managing the works, and will be providing my Department with regular updates on progress.

The next stage is to strengthen the core and renovate other structurally significant parts of the bridge. The strengthening phase of engineering works will build on stabilisation works; on its completion, the bridge can open to all users, including buses and motor vehicles. LBHF is required to submit a further business case to my Department and to TfL; in that business case, we would expect to see that the proposed method of strengthening is viable, offers value for money and minimises disruption to current users of the bridge. That is essential. The business case will also set out the final cost estimate for strengthening the bridge and, once approved, will allow my Department to release its third of the funding.

Sorry; unfortunately, I cannot give way due to time. All three parties will work together over the coming months to ensure that an HM Treasury Green Book-compliant business case is developed and submitted for approval as soon as possible.

In closing, I re-emphasise that reopening Hammersmith Bridge to all users is and remains a Government priority. Restoring full access to this vital south-west London artery will improve the lives of thousands of residents, commuters and businesses who have, as we have heard this evening, been long deprived of a convenient route across the Thames. I also restate my Department’s commitment to funding up to one third of the cost, on approval of an appropriate business case.

I thank hon. Members for their contributions, and for their dedication in highlighting the issues that the continued closure of the bridge causes for their constituencies and others in the surrounding area. I reassure them that we are working tirelessly to deliver the full opening of the bridge.