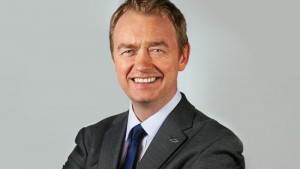 We have a medieval voting system that has failed.

It’s failed to give most people the MP they voted for, it’s failed to hold MPs to account, it’s failed even to do the one thing it was supposed to be good for – you know, delivering a majority single party government!

First Past the Post has been past its sell by date for decades. It’s made for a two party system. It sort of still works in the USA, mind you, if they’d had fairer votes in the US 10 years ago, Al Gore would have defeated George W Bush and there’d have been no Iraq war.

But this broken system is a complete anachronism in the UK where we have multi-party democracy.

In 2010 they couldn’t even muster two thirds of the vote.

Research has shown that the result of the last election was decided by fewer than 500,000 votes in a handful of constituencies that, by mathematical accident, happened to be marginal.

That means that only one in every 80 voters actually mattered last year.

That is a disgrace. How is that fair?

Almost every vote cast at the last election didn’t really count. But the fairer votes referendum offers us the chance for change…and we must grasp it!

Over the last two years we have had a political crisis. The reputations of MPs have been tarnished. No wonder a third of the population didn’t even vote.

They didn’t vote because they knew it wouldn’t change things – their MP would get back in and nothing would change. Their life would carry on and their MP would continue to sit in Westminster and continue to pay scant attention to their concerns. Oblivious to life in the real world.

We looked on in horror at the expenses scandal, tax payers funding MPs’ duck houses, moat cleaning and bell tower restoration…. and don’t let anyone tell you that all that was due to the expenses system.

No system forces anyone to fiddle their expenses.

No, the expenses scandal grew out of an outrageous culture of complacency arising from an electoral system that gives MPs safe seats for life, no incentive to earn the support of their constituents and every incentive to go native and to stay completely out of touch with normal people.

We should be angry about this and we should seize our chance to change it with both hands and seize it now.

It seems nowadays parties only care about the ‘swing seats’ – the few constituencies that can change the outcome of a general election.

In my constituency, Westmorland & Lonsdale, turnout was a massive 77%. I’m not going to claim complete credit for that! But at the last election, I was defending a majority of 267, and so the parties and the media paid particular attention.

And local residents knew their vote could make a difference.

My job is to continue to behave as though I did have a tiny majority, it would be an insult to my communities if I were to take my foot off the gas now.

I won by 12,000 last May, but though I say so myself I had to earn it – and I couldn’t live with myself if I didn’t continue in that vane.

But sadly Westmorland is just one of a few seats at the last election where your vote really could make a difference. I want everyone to feel like voters in Westmorland.

And now we have a chance to change things. We have a momentous opportunity ahead of us on May 5th – the fairer votes referendum.

Electoral reform is finally within our grasp – for the first time in our lifetimes…. Voting yes on May 5 will send a message to Westminster that things need to change.

That it’s not business as usual, that politics can and will change for the better.

I don’t know if you’ve been following the antics of the No campaign, but the old Westminster establishment will say anything to keep business as usual. I think Westminster needs shaking up out of its complacency.

A candidate applying for a job has to persuade the majority of the panel they are the best person, not just one of the three interviewers!

AV means that MPs have to persuade the majority of voters they are the best person. Just like the rest of us applying for a job.

It makes me suspicious that the No campaign seem to think that it’s good enough to use in electing the Tory Party leader, but not good enough for the rest of us to elect our MPs.

You see AV is a small change that will make a big difference.

And if you think its time that politicians listened to you, that they were forced to take notice, that they weren’t molly-coddled by an electoral system that keeps them safe from you and safe from defeat, then voting Yes to fairer votes is your chance to make that happen.

Voting yes in May is not like voting in any other election.

Voting yes in May will be the most positive and the most important vote you will ever cast.

And we face an opposition just as determined as that which fought against votes for women in the 1920s.

You see every generation has their harrumphing majors, desperate to prevent progress – we mustn’t give women the vote, it’ll lead to disaster, you can’t trust them, you know? The harrumphing majors of 2011 are in the No camp.

They are reactionary, ridiculous but very well resourced – funded by the Tories, backed by the BNP, encouraged by the establishment.

On the YES side we are building a progressive alliance – the Lib Dems, Labour, Greens, Plaid Cymru and even UKIP. But I wouldn’t call UKIP progressive…so let’s just call it a broad church then!

Earlier this week Labour kicked off their part of the Yes to AV campaign.

And as party president I welcome Ed Miliband to the campaign – he has decided to take a lead in his party and to fight for fairer votes and to become part of a campaign that extends well beyond politics, a campaign that is about reducing the power and privileges of politicians and putting that power in the hands of the people.

Ed Miliband rightly said that AV will restore the balance of power in favour of voters.

And on the No side? Norman Tebbit, Nick Griffin, David Cameron, and John Prescott.

So I don’t know about you but that seems to me the worst possible guest list for a celebrity come dine with me episode, let alone a political campaign.

But seriously. If you are fed up with the way Britain is run, if you think politicians take too little notice of you, if you think your MPs should actually have to work hard to earn your vote, if you want your vote to count, and if you reckon that counting to three is something you can just about manage, then vote Yes.

A no vote on May 5, means an establishment rubbing its hands with glee on May 6, no need to change, no need to listen, business as usual.

All the more reason to leave our anti-democratic voting system behind and choose to give yourself the power to choose.

Stop allowing politicians to protect themselves from you through their safe seats.

The British people deserve better, on May 5 they can get what they deserve.

Yes to less power for politicians.

Yes to more power for voters.

Vote yes to fairer votes on May 5.