Below is the text of the statement made by Theresa Villiers, the Secretary of State for Northern Ireland, in the House of Commons on 9 September 2014.

With permission, Mr Speaker, I would like to make a statement on follow up to the Hallett report into the on-the-runs administrative scheme which was laid before this House on 17 July.

In response to the recommendations in the report and on the basis of all the advice I have received, I have decided that the statement I make today is the fairest, promptest and most effective way to reduce the risk to future prosecutions, and to provide the clarity called for by the Hallett report.

I make this statement on behalf of the Government, having consulted with the independent police and prosecuting authorities who have seen this statement and agree that it represents the best way forward.

Lady Justice Hallett emphasised on a number of occasions in her report that the letters, however phrased, were not an amnesty.

They were not a commitment by the state that individuals would not be prosecuted, whatever the strength of the case against them.

They were only ever at statements of the facts, as they were believed to be at the time, as to whether an individual was wanted for questioning by the police or not.

They were not intended to preclude investigation or prosecution on the basis of new evidence emerging after they were sent or on the basis of fresh assessment of the existing evidence.

But in the light of her report, and in the light of the Downey case, it is clear to me that urgent clarification is needed as to what, if any, comfort can be derived from those letters now.

There are 2 key points which it is important that all concerned should be clear about:

First, the letters described by the Hallett report, issued in whatever form (and any similar or equivalent statements not made in letters) do not represent any commitment that the recipient will not be investigated or prosecuted, if that is considered appropriate on the basis of the evidence available now.

Those who received individual or composite letters (or any other form of indication) stating that they were ‘not wanted’ and who derived comfort from that, should cease to derive any such comfort.

In short, the letter recipients should cease to place any reliance on those letters.

Secondly, decisions about investigation and prosecution will be taken simply on the basis of the intelligence and/or evidence relating to whether or not the person concerned committed offences.

That means that in any of their cases (and whatever was said in the letters sent to them or statements made in the past) decisions today and in the future will be taken on the basis of the views that are formed about investigation and prosecution by those who now have responsibility for those matters.

Their views may be the same as the views that led to the letters being sent in the past, or they may be different.

It is the views of those who are taking the decisions now (or in the future) that matter.

All the evidence will be taken into account, regardless of whether it was available before the letters were sent or whether it has emerged subsequently.

This does not mean that all those who received ‘not wanted’ statements in the past are now considered ‘wanted’.

It simply means that they are in the same position as any other member of the public.

If there is considered to be evidence or intelligence of their involvement in crime, they will be investigated by the police and if the evidence is sufficient to warrant prosecution, they will be prosecuted.

This was always the intended status of the scheme but the issues raised by the Downey case and highlighted in the Hallett Report have made today’s clarification necessary.

I regard this as being the appropriate position to take, and not an unfair one, for the following general reasons.

The implementation of the scheme was highly unsatisfactory and suffered from a series of systemic failings, as set out in the Hallett Report.

It was developed piecemeal and without appropriate direction.

There were various different forms of letters and the content of a number of those was unsatisfactory.

It is now clear that at least some of the letters were issued on an unreliable basis.

The defects in the scheme identified by the Hallett Report mean that there is a serious risk that this will turn out to be the case in relation to other letters as well.

The public interest in investigating and prosecuting serious crime is too important for there to be a risk of it being undermined by a scheme which, it is now clear, suffered from such significant flaws in its implementation.

There is a particularly strong public interest in decisions about investigation and prosecution being taken on the basis of the current views, based on assessment now of all the evidence, of those responsible for investigating and prosecuting serious crime.

The letters have generated a serious degree of confusion as to precisely what their legal effects might be, whether alone, or when set alongside other facts (as in the John Downey case).

It is very important, particularly in the context of serious crime, for there to be clarity.

It is to be recognised that, correctly or not, some of the recipients will have derived some comfort from a ‘not wanted’ letter.

It may be that some ‘not wanted’ letters were issued in error or were based on flawed judgements at the time and that recipients of such letters were given a degree of comfort that was in fact unwarranted even on the basis of the information at the time.

That is greatly to be regretted.

Such errors should never have occurred.

But two points are to be noted in any such cases (in addition to the more general points I have just made):

First, the public interest in mounting an investigation or prosecution, if the evidence warrants it, would remain very powerful.

It should be a rare case indeed in which such an error should prevent such a prosecution, all the more so if the crime in question is a very serious one.

And second, those who have received such statements now know in clear terms what position the Government takes.

They now have fair and clear warning that such comfort as they may have derived from the statements can no longer be taken.

There is no continuing basis for any reliance on the past statements.

This scheme is at an end.

All those who sought or received statements through the administrative scheme should take note of this statement today.

I have deliberately made it in the public setting of Parliament, recognising and intending that it should be widely publicised as a result.

I will take further steps to disseminate it.

I will be drawing it to the attention of each of those who made requests on behalf of named individuals, reflecting the channels through which the communication of the original letters was made.

In these ways, I can be confident that fair and proper notice will have been given to those affected by this statement, including those to whom letters were sent under the scheme. 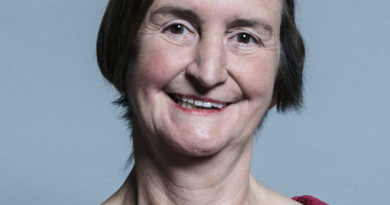