Below is the text of the statement made by Theresa May, the Prime Minister, in the House of Commons on 17 December 2018.

Mr Speaker, with permission, I would like to make a Statement on last week’s European Council.

Before turning to Brexit, let me touch on two significant conclusions from the other business of the Council.

First, we expressed our utmost concern over the escalation we have seen at the Kerch Straits and the Sea of Azov and Russia’s continued violations of international law.

We agreed to roll-over economic sanctions against Russia and we stand ready to further strengthen our support, in particular, for the affected areas of Ukraine.

And second, we also agreed to work together on tackling the spread of deliberate, large-scale and systematic disinformation, including as part of hybrid warfare. On this I outlined some of the world-leading work that the UK is doing in this field.

And I was clear that after we have left the European Union, the UK will continue to work closely with our European partners to uphold the international rules based system and to keep all our people safe.

And that is why it is right that our Brexit deal includes the deepest security partnership that has ever been agreed with the EU.

Mr Speaker, at this Council I faithfully and firmly reflected the concerns of this House over the Northern Ireland backstop.

I explained the assurances we had already agreed with the EU were insufficient for this House – and that we had to go further in showing that we never want to use this backstop and, if it is used, it must be a temporary arrangement.

Some of the resulting exchanges at this Council were robust.

In response, the EU 27 published a series of conclusions.

They made clear that it is their – and I quote – “firm determination to work speedily on a subsequent agreement that establishes by 31st December 2020 alternative arrangements, so that the backstop will not need to be triggered.”

The House will forgive me, but I think this bears repeating: “the backstop will not need to be triggered.”

They underlined that “if the backstop were nevertheless to be triggered, it would apply temporarily.”

They said that in this event the EU “would use its best endeavours to negotiate and conclude expeditiously a subsequent agreement that would replace the backstop.”

And they gave a new assurance in relation to the Future Partnership with the UK, to make it even less likely that the backstop would ever be needed by stating that the EU “stands ready to embark on preparations immediately after signature of the Withdrawal Agreement to ensure that negotiations can start as soon as possible after the UK’s withdrawal.”

Mr Speaker, in these conclusions, in their statements at the Council and in their private meetings with me, my fellow EU leaders could not have been clearer – they do not want to use this backstop. They want to agree the best possible future relationship with us. There is no plot to keep us in the backstop.

Indeed, President Macron said on Friday – “we can clarify and reassure…the backstop is not our objective, it is not a durable solution and nobody is trying to lock the UK into the backstop.”

As formal conclusions from a European Council, these commitments have legal status and should be welcomed. They go further than the EU has ever done previously in trying to address the concerns of this House.

And of course they sit on top of the commitments that we have already negotiated in relation to the backstop: including…

…ensuring the customs element is UK-wide;

…that both sides are legally committed to using best endeavours to have our new relationship in place before the end of the Implementation Period;

…that if the new relationship isn’t ready we can choose to extend the Implementation Period instead of the backstop coming into force;

…that if the backstop does come in, we can use alternative arrangements, not just the future relationship, to get out of it;

…that the treaty is clear the backstop can only ever be temporary;

…and that there is an explicit termination clause.

But Mr Speaker, I know this House is still deeply uncomfortable about the backstop.

And I understand that. And I want us to go further still in the reassurances we secure.

Discussions with my EU partners – including Presidents Tusk, Juncker and others – have shown that further clarification following the Council’s conclusions is in fact possible.

So discussions are continuing to explore further political and legal assurances.

We are also looking closely at new ways of empowering the House of Commons to ensure that any provision for a backstop has democratic legitimacy and to enable the House to place its own obligations on the government to ensure that the backstop cannot be in place indefinitely.

But it is now only just over 14 weeks until the UK leaves the EU. And I know many Members of this House are concerned that we need to take a decision soon.

My Rt Hon Friend, the Leader of the House, will set out business on Thursday in the usual way.

But I can confirm today that we intend to return to the Meaningful Vote debate in the week commencing 7th January and hold the vote the following week.

Mr Speaker, when we have the vote, Members will need to reflect carefully on what is in the best interests of our country.

I know that there are a range of very strongly held personal views on this issue across the House. And I respect all of them.

But expressing our personal views is not what we are here to do.

We asked the British people to take this decision.

472 current Members of this House voted for the Referendum in June 2015, with just 32 voting against.

And the British people responded by instructing us to leave the European Union.

Similarly 438 current Members of this House voted to trigger Article 50, to set the process of our departure in motion, with only 85 of today’s Members voting against.

Now we must honour our duty to finish the job.

I know this is not everyone’s perfect deal. It is a compromise.

But if we let the perfect be the enemy of the good then we risk leaving the EU with no deal.

Of course we have prepared for no deal, and tomorrow the Cabinet will be discussing the next phase in ensuring we are ready for that scenario.

But let us not risk the jobs, services and security of the people we serve by turning our backs on an agreement with our neighbours that honours the referendum and provides for a smooth and orderly exit.

Avoiding no deal is only possible if we can reach an agreement or if we abandon Brexit entirely.

And as I said in the debate earlier this month – “do not imagine that if we vote this down, a different deal is going to miraculously appear.”

If you want proof, look at the Conclusions of this Council.

And any proposal for the future relationship – whether Norway, Canada, or any other variety that has been mentioned – would require agreeing this Withdrawal Agreement.

The Leader of the Opposition – as well as some others – are trying to pretend they could do otherwise.

This is a fiction.

Finally let us not break faith with the British people by trying to stage another referendum.

Another vote which would do irreparable damage to the integrity of our politics, because it would say to millions who trusted in democracy, that our democracy does not deliver.

Another vote which would likely leave us no further forward than the last.

And another vote which would further divide our country at the very moment we should be working to unite it.

And let us not follow the Leader of the Opposition in thinking about what gives him the best chance of forcing a General Election.

For at this critical moment in our history, we should be thinking not about our party’s interests, but about the national interest.

Let us a find a way to come together and work together in the national interest to see this Brexit through.

Mr Speaker, I will work tirelessly over these new few weeks to fulfil my responsibility as Prime Minister to find a way forwards.

Over the last two weeks, I have met quite a number of colleagues and I am happy to continue to do so on this important issue so that we can fulfil our responsibilities to the British people.

So together, we can take back control of our borders, laws and money; while protecting the jobs, the security and the integrity of our precious United Kingdom.

So together we can move on to finalising the future relationship with the European Union and the trade deals with the rest of the world that can fuel our prosperity for years to come.

And so together we can get this Brexit done and shift the national focus to our domestic priorities – investing in our NHS, our schools and housing; tackling the injustices that so many still face; and building a country that truly works for everyone.

For these are the ways in which, together, this House will best serve the interests of the British people. 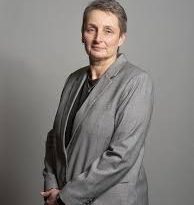