Below is the text of the speech made by Theresa May, the Prime Minister, on 16 April 2018.

I would like to start by thanking the Lord Mayor for hosting us here today at the beautiful Guildhall, the home of the City of London’s administrators for almost 600 years.

As we have just heard, the building has witnessed its fair share of history over the centuries. And today it is a privilege to add to the rollcall of great events with the 11th Commonwealth Business Forum.

We are here today to discuss how best to make this a more prosperous Commonwealth for all, with contributions from leading figures in some of the world’s top businesses.

And this is just one of four such fora running this week ahead of the Commonwealth Heads of Government Meeting, giving a voice to hundreds of people who, in so many different ways, do so much to make our Commonwealth the amazing institution it is.

There is the People’s Forum, providing a platform for the Commonwealth’s incredible Civil Society groups. The Women’s Forum will look at ways of overcoming the challenges still faced by a great many women and girls. And, perhaps most important of all, there is the Commonwealth Youth Forum.

It is so important because, while the Commonwealth itself is a venerable institution, its citizens are much younger: almost two thirds are under the age of 30.

The young people of today are the Commonwealth of tomorrow, its business leaders, its innovators, its heads of government.

They have incredible potential, and we as a Commonwealth have a duty to help them reach it. That is why I have put youth at the heart of this week’s agenda, and why I began this morning by meeting with some of the Youth Forum’s delegates.

As we talked about their ideas and aspirations, about their vision for the future of the Commonwealth, I was struck by the vital role that businesses like yours have in tackling their concerns and giving substance to their ambitions.

They called for cleaner oceans and greater sustainability.

You can help deliver that by changing business practices and creating innovative new products and solutions. They called for action on youth unemployment.

You, as entrepreneurs and business leaders, create the jobs and opportunities our young people need and, by driving our economies, you fund the schools and colleges that equip them with the skills they need.

And the members of the Youth Forum called for an inclusive Commonwealth where greater prosperity is enjoyed by everyone.

That is something that simply cannot be achieved without strong, successful businesses. Because the best way to raise living standards for all is through economic growth based on free enterprise operating in inclusive, fair and open rules-based markets.

The 2018 Commonwealth Trade Review predicted that trade between member states will be worth $700 billion by 2020. Here in the UK, for example, the value of our exports to fellow members is roughly double what it was 20 years ago.

Yet risks remain. Global growth is fragile. The challenges posed by protectionism are all too clear. And the world economy is changing, as new technology creates new jobs in some industries while supplanting them in others.

If Commonwealth businesses are to flourish in such times, if we are to deliver and secure the prosperous future our young people want and deserve, then the Commonwealth and national governments must not be afraid to act.

Because although the system of international commerce has done much good for the world, it can always be improved. Playing fields can be levelled, barriers removed, the benefits opened up to all.

So while we should be unapologetic in our support for free and inclusive trade, we should also work hand in hand with businesses to make it more efficient and effective, for example by supporting the use of international standards.

They create a common language for trading partners across the globe, enhance trust in supply chains and stimulate innovation.

Greater use of these international standards across the Commonwealth will reduce the costs of trade between members, as well as with partners beyond the Commonwealth, for greater global benefit.

That is why the UK will be funding an all-new Commonwealth Standards Network, which will support developing countries in particular to better meet existing international standards.

The network will provide a significant opportunity for national standards experts to collaborate and share best practice.

And it will empower developing countries to have a stronger voice in the international standards community – something that has benefits on a global scale.

We will also be funding a Trade Facilitation Programme, supporting and providing technical assistance to selected Commonwealth countries in implementing the World Trade Organisation’s Trade Facilitation Agreement. Full implementation of the WTO agreement is estimated to reduce trade costs by up to 16 per cent for the less-developed countries.

It will cut the average time needed to import goods by 47 per cent, and the time taken to export by as much as 91 per cent, a huge boost for businesses across the Commonwealth.

But no amount of action on these fronts will truly be successful if half the Commonwealth’s citizens continue to face significant barriers to participation in the economy.

If our family of nations is to realise its full potential, then we must take action to boost women’s access to economic opportunity, and empower them to create and build their own businesses.

Many members have already signed up to the Buenos Aires Declaration on Trade and Women’s Economic Empowerment, which seeks to remove barriers to, and support, the participation of women in trade.

It is an impressive start, but I believe we can go further.

So, over the next two years, the UK will work with the International Trade Centre to deliver a new programme: SheTrades Commonwealth.

It will provide a forum for member states to work collectively and share best practice.

And will compile the data needed to identify what works and track progress over time.

The programme will also deliver targeted interventions in a number of countries, providing training for women entrepreneurs, connecting them to market and investment opportunities, and helping firms overcome barriers to engaging with women-owned businesses.

Boosting women’s participation is the right thing to do, but business equality is not just about doing what is right – there are real economic benefits.

It has been estimated that if women played the same role as men in labour markets, as much as $28 trillion could be added to global GDP by 2025.

If Commonwealth members are not giving women an equal opportunity to succeed in business and in trade, they are trying to take on some of the biggest economies in the world with one hand tied behind their backs.

That will not change overnight. But SheTrades represents an important step in the right direction – one that, like the other initiatives I have talked about today, will deliver benefits across the Commonwealth and beyond.

When we all work to the same standards, when we break down barriers to trade and when we empower women to take their rightful place in the economy, the benefits are felt not just by countries and individuals involved.

Freer, easier trade means stronger economies, more jobs, more choice and lower prices – and that is true here in the UK, across the Commonwealth and around the world.

With its unique scope and global voice, such a Commonwealth can set a powerful example to the world, one that demonstrates and underlines the importance of protecting free trade and the rules-based international order.

Today’s initiatives are an example of what can be done to make that happen, of how governments can lay the groundwork for growth. But you in business also have a vital role to play.

The discussions here will feed into the full summit, so I hope you take the chance to share ideas and insights, to identify new challenges and new opportunities, to highlight where Commonwealth governments can step up and do more and even where, perhaps, we should step back and do a little less.

The Commonwealth has never just been about heads of state and government.

It has always been an organisation in which people and businesses from around the world can come together and work together to improve all our lives.

So let us make it an organisation that works for all of us, and shape a future of which we can all be proud. 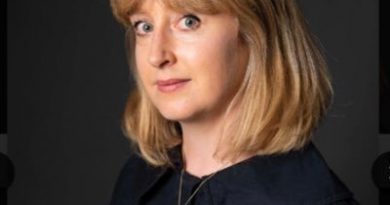 Jess Brammar – 2021 Comments on the Conduct of Kemi Badenoch