The speech made by Stewart McDonald, the SNP MP spokesperson on defence, in the House of Commons on 2 March 2022.

I thank the shadow Secretary of State, the right hon. Member for Wentworth and Dearne (John Healey), for his fine speech and the Minister for his fine response to it. As I am sure others will do as the debate goes on, I thank the Government for the genuine openness that they have shown to Members of the House as the situation has developed. It has made a huge difference to all Members to have that level of access and detail from the Department.

We all look on in horror at what we see on our TV screens with the train stations of a major European capital city and cities across that country filling up with refugees. We thought, did we not, that we had left such scenes behind in our history, but they are back with us once again. Cluster bombs are being used on cities like Kharkiv, a city I visited and know well. It breaks my heart to see what is happening to people in Ukraine: war crimes—war crimes—being committed in 2022 on the continent of Europe. We even have a situation where towns and villages are being surrounded by Russian troops to starve the local population of food, water and other supplies they need to survive. That takes on a particular resonance in a country that in its past suffered, almost 100 years ago, a famine genocide organised by Stalin that killed many millions of Ukrainians and is still very much alive in the minds of Ukrainians to this day. One of the most horrifying things we saw yesterday was the bombing of a holocaust memorial in the capital city of Kyiv. So terrible is it that it puts to bed the utter lie of Putin’s claim to be denazifying Ukraine. Ukraine has denazified itself in the past and will continue to do so in its future.

Like others, I want to pay tribute to the heroism of President Zelensky, the Ukrainian armed forces and the Ukrainian people themselves. I have been in daily contact with friends, MPs and others who I have gotten to know over my many trips there over the years and they still show the incredible resolve, generosity and kindness that we all know them for. They have their own family members and their own safety to worry about, but still they are helping Members of this House to get their constituents to safe places. Some of them are still keeping up their spirits with a sense of humour. Kira Rudyk, leader of the Opposition Holos party, was on UK news this afternoon. It was put to her that she, like every other Member of the Verkhovna Rada, is on Putin’s kill list. She responded by reminding everyone that she is also on the top 10 bachelorette list in Ukraine, so she hopes that that somewhat balances out. To maintain that level of generous spirit and maintain that level of dignity and resolve that we have seen in these circumstances? I suppose we could all hope that we would do the same, but I am not so sure that many of us would.

My party and I have supported the Government over their actions in Ukraine. We have ensured that they get the support from the SNP Benches for the defensive equipment, economic support, and political and diplomatic support they have given to Ukraine, and we will keep doing that. Indeed, like others and, I suspect, the Minister himself, we always want to see the Government go further. That is the job, I think, of the Opposition here. Yes, we are united, but we always want to push the Government to go further where they should.

There are two areas where the Government should. First, on sanctions, it is the case that we are behind other international actors and we want the screws to be turned and turned quickly. Like the hon. Member for Rhondda (Chris Bryant), we agree that there are almost certainly legitimate reasons why we have not done that, but we need to do what we can to fix it. Secondly, on refugees, the Minister is right. Most people will want to stay in a country close to Ukraine, because they want to return to Ukraine. I well understand why people will want to get back there and rebuild their country—it is a proud country and a proud democracy—but we do stand alone in putting in front of people fleeing war crimes all the unnecessary bureaucracy that does not need to be there. I plead with the Government to change that stance and be more open and welcoming, and at least match the offer of EU member states.

It cannot be said enough that our conflict or disagreement is not with the citizens of Russia itself. It is a proud country and it has made incredible contributions over the years to science, innovation, arts, culture and much else. Indeed, Scotland and Russia have shared many connections, not least militarily, over the years. The Russian people, as we are starting to see, are victims of a sort in this conflict as well. As the sanctions start to bite, there will be consequences for them. Indeed, they are already starting to feel it. This war is over one man’s imperial hubris that started not last week, but in 2014. It has already seen the deaths of around 15,000 Ukrainians, and that is before we count the Russian dead. It has displaced about 2 million Ukrainians in their own land.

It is worth taking ourselves back to how this started. It was nothing to do with NATO or the west; it was all because Ukrainians decided that they wanted a European, Euro-Atlantic future, and they wanted Putin’s boot off their neck. Ukraine threatened no one, and remains a threat to no one.

In time—today is not the day for it—we will have to consider exactly what has happened and how the European security architecture has been thrown up in the air like a kaleidoscope. The Minister and the shadow Defence Secretary rightly mentioned the change in German policy. We all watched with our jaws open as the Chancellor reversed 30 years of energy policy and 70 years of defence policy on Sunday. The European Union is now a much stronger military alliance than we ever thought it would be. If someone had told me that that was where it was going two weeks ago, I would not have taken them seriously. That is something for us all to take the time to think about. The integrated review will need to be revisited; only a fool would think otherwise. I was always sceptical of the Indo-Pacific tilt. This is not a time for I-told-you-sos—most definitely not—but all of us in this country and in other countries around Europe will need to rethink defence and security postures going forward.

We are the custodians of the treaties and institutions that were set up to maintain peace and security across Europe, and we need to ask ourselves what we need to do to fix them, because they are more than creaking at the seams right now. How have we got ourselves into a situation where we are seriously contemplating a Government who are accused of committing a genocide against their people—China and the Uyghurs—presiding over peace talks about war crimes carried out by their ally in Moscow against people in Ukraine? I am not sure it could be argued that we have been very good custodians of those treaties and institutions, which have so far by and large held up, but are creaking in a massively unprecedented way.

There will be time to debate those things in the future. Today we must focus on Ukraine, Ukrainians and the war criminals who are carrying out this horror in that nation. For me—if you will indulge me, Madam Deputy Speaker—this is personal, having taken many trips back and forward, like many other Members of the House. We have friends in common, actually. I have phoned friends whose children I can hear in the background being loaded into cars to flee cities—cities in which I have enjoyed meals with their families. I was in Kyiv this time last month. Even then, it did not feel like a city that was on the brink of war. I have been on the phone to friends and heard shells going off in the background—the calls cut off as they have to run. Then there is always that hellish thought when I call someone or text them and for hours do not hear back, and do not know whether they are safe.

It is personal for me, and for many of us in this House. I enjoyed nothing more than welcoming friends from Ukraine to Glasgow for COP26. I had hoped that they would be in my constituency for the Scotland-Ukraine match, although I am not sure what it would have done for our reputation if we had beaten them.

No chance of that.

Well, a boy can dream. That now will not happen, but Ukraine is a democracy and the Ukrainians are a free people. They need and deserve our support and focus, and the unity of this House—today, tomorrow and going forward. I am sorry to say that the Minister is almost certainly correct that this will get worse before it gets better, so let us focus on how we make it better. It will require some big, bold thinking—a Marshall plan to rebuild that country from the destruction caused and the destruction yet to come.

In that, we must maintain unity. Where we push the Government to go further and faster, it is not because we want to be oppositionist for opposition’s sake—that is in nobody’s interest. Let us keep to the unity that Ukrainians need, because it is not just us watching the war in their country; we should ask ourselves what we want them to see when they read our newspapers or scroll through our social media accounts. I want them to see common cause to end the war, support Ukrainians and ensure that Ukraine’s democratic future, which they took a stand on in 2013 and into 2014, is still there. Ukrainians today are the real leaders of the free world, and they deserve nothing less. 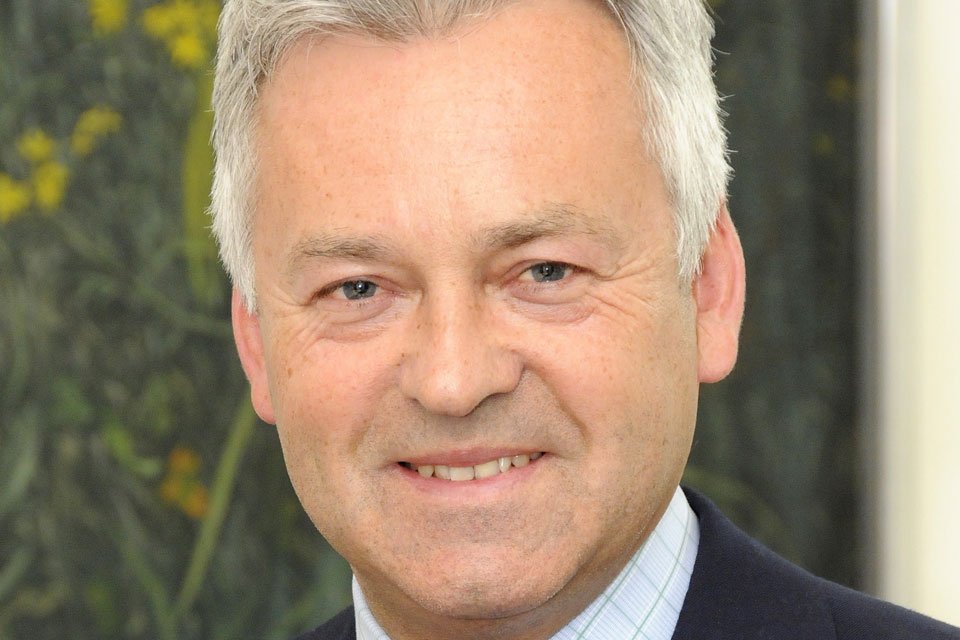