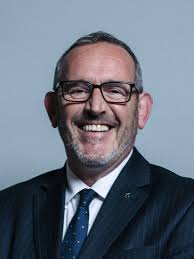 Below is the text of the speech made by Stewart Hosie, the SNP MP for Dundee East, in the House of Commons on 20 May 2020.

May I start by agreeing with the Secretary of State that it is absolutely vital that we keep trade open and recognise the importance of the supply chain, and that it is absolutely essential that we stand against protectionism? We need to do that, because right now there are three main threats to trade. The first is self-evidently from the covid crisis, which the World Trade Organisation has suggested might cause a fall in global trade of something in the order of 13% to 32%. That is a substantial reduction, no matter where on the scale one looks. The second is the impact of Brexit. Assessments suggest that the UK could lose a substantial chunk of its global trade. The third is the more systemic problem that the right hon. Member for North Somerset (Dr Fox), the ex-Trade Secretary, was speaking about, which is the continued implementation of new and the continuation of existing trade restriction measures, with tariffs valuing somewhere around $1.6 trillion in force.

I am not confident that those problems will be resolved any time soon, not least because there is as yet no cure for coronavirus and restrictions of one sort or another may well remain in force for some considerable time, because of the highly publicised lack of progress on the Brexit negotiations, and also, sadly, because of the absence of a functioning World Trade Organisation appellate body. This Trade Bill does not address any of those matters, other than perhaps at the margins, by trying to roll over and maintain the trade the UK has with third countries via membership of the EU and thereby minimise the losses from Brexit.

The Bill does do a number of other things, as the Secretary of State set out. It creates procurement obligations arising from membership of the GPA—the agreement on Government procurement; it creates the Trade Remedies Authority; and it gives powers to Her Majesty’s Revenue and Customs to collect and share data. However, it is not without its problems. Let me deal with the powers relating to the devolved Administrations first. The previous Trade Bill, which was under consideration in the previous Parliament, contained provision for regulation-making powers to be available to the UK Government within areas of devolved competence. That Bill also contained a provision that prohibited devolved Administrations from using powers to modify retained direct EU legislation or anything that was retained EU law by virtue of section 4 of the European Union (Withdrawal) 2018 Act in ways that would be inconsistent with any modifications made by the UK Government, even in devolved areas. As a result, the Scottish Government could not consent to that, and that view was shared by the Scottish Parliament Finance and Constitution Committee.​

That Trade Bill did not complete its passage and fell, and the good news is that those provisions have been removed from this reintroduced Trade Bill. However, there remains no statutory obligation for the UK Government to consult or seek the consent of Scottish Ministers before exercising the powers they have in devolved areas. However, during the partial passage of the previous Trade Bill, the UK Government made a commitment to avoid using the powers in the Bill in devolved areas without consulting and ideally obtaining the consent of Scottish Ministers. The then Minister of State at the Department for International Trade, the right hon. Member for Bournemouth West (Conor Burns), subsequently restated those commitments in his letter to Ivan McKee, the Scottish Trade Minister, on 18 March, and I hope that the Minister we hear from today will restate these non-legislative commitments.

The Bill is not without its problems, and they do not relate simply to the devolved Administrations. It allows the UK Government to modify retained direct principal EU law, and it appears to me that there are no legislative limits on such modifications. The second problem is the description of an “international trade agreement” in clause 2(2)(b), which states that it may be

“an international agreement that mainly relates to trade, other than a free trade agreement.”

As we know, modern agreements are as much about regulation, standards, conformance, dispute resolution or food safety as they are about quotas and tariffs. Many people will uncomfortable that Ministers can modify existing agreements in the way in which this Bill permits, particularly without scrutiny and consent.

That leads me to the fundamental problem with the Bill. The absence of parliamentary scrutiny and a parliamentary vote on significant changes or modifications, or, indeed, in the future, on new trade deals as may be envisaged by the Government, is a huge problem. Modern democracies need to have full scrutiny of trade agreements, from the scope of the negotiating mandate right through to implementation. That is absent from this Bill, as is any provision for scrutiny other than through the voluntary scrutiny proposed by the Government in the Command Paper published in the previous Parliament, to which I will return briefly at the end of my speech.

These issues also highlight the absence of any formal input into trade deals or significant modification of existing ones by the devolved Administrations—a problem replicated in the membership of the Trade Remedies Authority, where no formal ability exists for the devolved Administrations to propose or nominate a member with expertise in regionally or nationally significant trade.

I shall turn briefly to the Command Paper that was published in 2019 and covered the previous Trade Bill. Does it still apply? Does the commitment to publishing our negotiating objectives and scoping assessments still exist? Even if it does, does the Minister recognise that that still does not give Parliament or the devolved Administrations any role in approving them? Is it still the intention of the UK Government to provide sensitive information to a scrutiny Committee? Would that be the Select Committee on International Trade, which is ably chaired by my hon. Friend the Member for Na h-Eileanan an Iar (Angus Brendan MacNeil)? If it is, will any papers provided be publishable, or will they be restricted? ​If they are restricted, that will still leave Members of Parliament, exporting businesses and other interested third parties none the wiser about the Government’s real intentions. I am conscious of the limited time, Madam Deputy Speaker, so let me end simply by saying—

Order. I ask the hon. Gentleman to bring his remarks to a close. I thank him for his contribution, but we must move on. I am now introducing a time limit of five minutes, and I advise hon. Members who are speaking virtually to have a timing device visible.