Below is the text of the speech made by Stephen Timms, the then Minister of State for Pension Reform, to the Resolution Foundation on 7th February 2006.

I am delighted to be here. I am an enthusiastic supporter of the corporate responsibility movement because I see it as one of the most hopeful resources we have for creative new ideas to address some big challenges our society faces. The Resolution Foundation is an excellent example of that and I warmly welcome this first public initiative which the Foundation is taking.

We are in a busy period for welfare reform. We have made clear that our approach is underpinned by core values: equality, opportunity, fairness, social justice. Its an approach which resonates well with the British people, as we saw two weeks ago with the very warm public response to the welfare reform green paper, setting out how we can improve the opportunities for people who have become trapped on incapacity benefits, removing some of the barriers which have made it difficult for them to move back into employment, and encouraging them to do so. And the most positive responses of all came from disabled people themselves.

And we want now to build on this pro-reform wave, building on the same values, to set out how we will make the most of the opportunities of an ageing society. We want to support successful outcomes throughout people’s lives, enabling people to make choices for themselves with confidence, and in that way to deliver security and dignity in retirement.

Life expectancy at 65 has been going up by two or three months every year for the past quarter of a century, and the trend shows absolutely no sign of slackening off. If anything, it has been speeding up in the latter part of the period. It’s a wonderful transformation – arguably the greatest achievement of our civilisation – but its one which presents major challenges to our public and private pension systems.

The Pensions Commission had three members: a former Director General of the CBI; last year’s President of the TUC; and a distinguished social policy academic from the LSE. And simply in producing for us a unanimous, well thought through report, which addresses the issues people have been raising, they have done us an enormous service. It opens up the chance now of an enduring pensions settlement for the UK, which everyone can see would be an enormous prize. To secure it, we need as broad as possible a consensus about the right way forward.

The Commission’s first report identified two significant challenges. The first was the demographic challenge. In 1950 we spent 19% of our adult life in retirement. We now spend almost 30%. And the figure will rise further still. The second was under-saving. The Commission calculated that as many as 10 million people were not making adequate provision for retirement. People on low income form a significant proportion of this number – exactly the group the Resolution Foundation has been researching, and I do welcome the approach the Foundation has been taking.

I would characterise the Commission’s final report in November as comprising essentially four bold ideas:

– Auto-enrolment into a national system of personal pension accounts;

– Basic state pension linked from 2010 to earnings rather than prices;

– A gradual increase in state pension age in line with rising life expectancy, starting in 2020 – with a rise to 66 anticipated by 2030.

We have welcomed the broad framework of the Pensions Commission proposals and options. As the report itself made clear, there is still much to be discussed and decided on the detail, but the report has provided us with the right framework for building the consensus for reform which we need.

The National Pensions Debate was launched by David Blunkett last summer. There have been a series of events across the country, providing an opportunity for us to engage directly with individuals affected by the outcome of the debate, to seek the views of as wide a group of people and institutions as possible. The more debate we have, the more people will have the chance to get their heads around the ideas and the challenges, and the better the prospects for building a consensus. And we need a consensus, because only a consensus can secure public confidence that we will be introducing a package of reforms which will endure for the long term.

We are planning a number of public engagement events over the next couple of months, building up to a large scale national event in March – a National Pensions Day. That will involve people of all ages from every section of the community taking part in simultaneous consultation events in major cities across the UK. John Hutton will be setting out today in a speech to the Work Foundation further details of our proposals for the Day.

The work of the Pensions Commission, the national pensions debate events and our own analysis of the situation will come to fruition in the Spring, when we publish our pensions White Paper.

In advance of this we have made clear that a package of reform which we will feel able to bring forward in the white paper will need to meet five key tests: that it promotes personal responsibility; and is fair, affordable, simple and sustainable.

I want to comment in particular today on three of the tests, most directly impacted by the focus of this conference – on personal responsibility, simplicity and sustainability.

Firstly, personal responsibility. The primary responsibility for security in old age has to rest with the individual and their families. An active welfare state must provide a floor below which no-one should be allowed to fall, but its primary role must be to enable people to provide for themselves, giving everyone the opportunity to build a decent retirement income that meets their needs and hopes.

That means we need to encourage individuals and their employers to provide for a pension that will deliver at least a minimum base load of earnings-replacement; and to provide for everyone the opportunity to save for a decent pension at the lowest possible cost.

Lord Turner saw a major expansion of workplace savings as fundamental, recommending that all employees should be automatically enrolled into either a high quality employer pension scheme or a newly created National Pensions Savings Scheme.

The principle of personal accounts has been widely welcomed by the pensions industry. But there is a variety of views about how that principle can most effectively be secured. We want to explore the alternatives – to build consensus by testing different ideas. That is why I invited all those in the industry who believe that they can produce a better model for personal accounts to work up the details of their alternative approach and submit them to us by the end of this week. We will be holding a joint event for all the alternatives to be presented and considered on 28 February.

Another key test is simplicity – straightforwardness for pension savers. There must be a clear deal between citizens and the State, so that people know what the Government will do for them, and what responsibilities they have in return.

The US Social Security system provides an informative illustration. The formula for working out each person’s social security payment when they retire is quite complicated. But the shape of the system is crystal clear to everyone – and there is a very high degree of confidence on which people can base their decisions about saving. Of course, it helps that the system has barely changed in its essentials since it was introduced by F D Roosevelt’s Secretary of Labor – Frances Perkins, the first woman to serve in an American cabinet – in 1935. We need a comparable degree of confidence in our system.

So we need clear, credible financial advice; and an important role for pensions information and pensions forecasts in showing people how much they need to save to achieve the income they want in retirement. We need better financial capability, so that people are able to plan ahead to achieve their aspirations for retirement.

We want people to be in a position:

– to accept personal responsibility and be motivated to take action;

– to have realistic expectations; and

– to make confident decisions about their long-term finances.

The aim of our Informed Choice programme for pensions is to help people to understand the importance of long-term savings, and the value of savings they already have. We want them to know what options they have to meet any shortfall in their financial expectations for retirement.

A third of consumers admit lacking confidence with financial affairs. To improve the position, we need to work in partnership with the financial service industry. So my department is working alongside the FSA and others on the national strategy for financial capability which Clive Briault will be speaking about shortly. I serve on the steering group for that.

I am very pleased that the Resolution Foundation is working with the FSA at improving financial capability through generic financial advice. I welcome the focus in that work on the needs of low to middle earners. That is a crucial audience in tackling under-saving for retirement, and the key target market for any national system of personal pension accounts.

But information alone will not remedy all the problems of consumers in financial services markets. Individuals need skills to convert basic information into effective knowledge. With those skills comes confidence to demand high levels of service from businesses. Consumers who make the right choices and can assert their needs clearly can encourage businesses to become more competitive. Confident consumers drive markets to work better, for the common good.

I know the Resolution Foundation is exploring this area and I will be interested in any proposals being proposed in this area. Jeremy Vincent from my department will set out lessons from a DWP pilot on pensions advice in the workplace in Session 3 today.

The final test is one of sustainability – having a system that allows people to plan over the long term. The reform package must form the basis of an enduring national consensus; a system that will – like the US system – stand the test of time and not fall victim to constant modification by successive Governments. And that is key. People need to be confident that decisions they make in the next few years about saving for their retirement will still seem like sensible choices to have made, when they come to draw a retirement income on the basis of them in 20 or 30 or 40 years time.

I’m optimistic about what we can achieve but the Government cannot solve the pensions challenge on our own. It requires all of us to work together to build a lasting settlement. I warmly welcome the contribution of the Resolution Foundation in providing potentially some critical insights for a successful package of reform.

Theresa May – 2018 Keynote Speech on Brexit 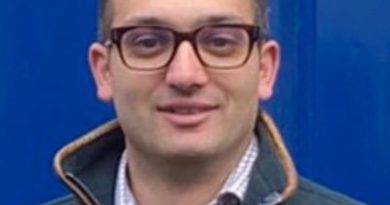