The speech made by Stephen Kinnock, the Labour MP for Aberavon, in the House of Commons on 4 February 2021.

The Chinese Government’s brutal campaign of oppression in Xinjiang is a scar on the conscience of the world. The Labour party stands shoulder to shoulder with the Uyghur people. We already know about the forced labour camps, and yesterday we heard utterly heartbreaking testimonies from Uyghur women who have been systematically raped, sexually abused and tortured. This follows last summer’s harrowing accounts from Uyghur women who are victims of forced sterilisation and forced intrauterine device insertion. The Chinese Government’s own statistics show that birth rates in Xinjiang fell by a third in 2017-18—further evidence that what is happening may meet the international legal definition of genocide, which the new US Administration have already acknowledged.

Surely the time for tangible action has now come. First, where on earth are the Magnitsky sanctions that the Opposition and Members across the House have been calling for since last June? The Foreign Secretary said that the body of evidence in Xinjiang is “large, diverse and growing”, and we know the names of the senior Chinese officials who are responsible for these atrocities. The US sanctioned them last summer. Who in Government is holding this up?

Secondly, 20% of the world’s cotton comes from Xinjiang. We welcome the steps that the Government have taken to help UK business cease being complicit in forced labour, but they did not go far enough. Companies must be accountable, not simply transparent. Rather than tinkering around the edges of the Modern Slavery Act, will the Minister commit himself to bringing forward legislation that moves us to a system of mandatory due diligence?

Next Tuesday, when the Trade Bill returns, the House has the chance to send a united message to the world that genocide can never be met with indifference, impunity or inaction. This should not be a partisan issue. Given that it is a long-standing Government commitment that courts, not the Government, must rule on genocide, will the Minister join with us and colleagues across the House to give UK courts the powers to determine genocide and therefore prevent the UK from ever doing trade deals with genocidal states? 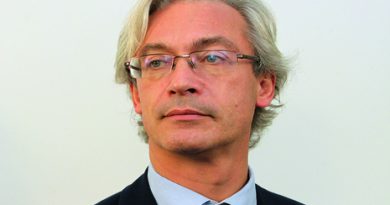