Below is the text of the speech made by Shaun Woodward to Labour Party conference on 29th September 2011.

Conference, when history looks back on the great achievements of Labour in Government, the Peace Process in Northern Ireland will rank high.

The visit of the Queen this year – the first by a British monarch since 1911 – marked both the end of one chapter and the start of the next.

An enormous symbol of healing. Reconciliation. The new Bargain.

The visit where, with President McAleese, the Queen laid a wreath in the Garden of Remembrance, which marks the Easter uprising of those who fought for Irish freedom.

The visit which took in Croke Park, where 14 people were slaughtered by British troops in 1920.

A reality in May this year.

And Conference, can we take this opportunity to thank President McAleese for all she has done to build the bridges of peace. She leaves a great legacy. We wish her and Dr McAleese well.

But there are new challenges. New troubles.

For the whole island.

The crisis faced by the economy of Ireland.

Compounded by austerity cuts by the Tory Coalition, felt as harshly in Northern Ireland as any other part of the UK.

You know the impact of this failing Government in your constituencies.

The cuts too fast. Too deep.

The waste – jobs being lost.

And in Northern Ireland 1 in 5 young people, 18 to 24 year olds without a job. The worst figures in fifteen years.

The private sector failing to create jobs for those forced on the dole from the public sector.

The careless impact on public services.

Forecasts that 40,000 jobs are to be lost in Northern Ireland.

There have been some new jobs.

But their hard work is savaged by Coalition policy – not so much a helping hand as a succession of closed doors.

And it really doesn’t help that the Secretary of State believes it a badge of honour to deny the First Minister and Deputy First Minister access to the door of Number 10. It doesn’t make him stronger.

The proposed cut in corporation tax is a huge gamble.

The cut would be paid for by an annual £300 million cut – in Northern Ireland’s block grant.

Trade unions are against the cut.

Unions worried for the tens of thousands in the public sector who will pay for the cut with their jobs.

In schools and hospitals.

Our fear – it heralds a race to the bottom.

No new private sector jobs – for those made redundant.

What happens to them?

The dinner lady on the dole? No prospects.

The nurse? The lab assistant? The hospital cleaner? The scrap heap.

I urge the Secretary of State to think twice before he leaps.

We share the ambition to rebalance the economy in Northern Ireland.

We need to know that the price won’t just be paid in the jobs of those – who through the years of the Troubles – never walked away.

They need security for tomorrow.

They too should be part of the bargain for tomorrow.

You can’t just wish for a better future. You have to work for that future.

And it requires trust.

So keeping the promises in the Good Friday Agreement – including a Bill of Rights for Northern Ireland matters.

The Coalition’s decision – to renege on this commitment – is a huge error of judgement.

It will be a running sore, until the Secretary of State understands and reverses his judgement.

This time last year I asked the Secretary of State to honour the commitment by a former Prime Minister, Tony Blair, that there would be an Inquiry into the death of Pat Finucane.

He promised his decision would be soon.

Why are the family still waiting?

If it is his intention to renege on the commitment, I urge him again, think again.

Our promise made in good faith.

It helped establish the trust to build the St Andrews Agreement.

A huge gamble – assuming he decides against the Inquiry.

It will have consequence.

Northern Ireland will only be released from the grip of its past by dealing with the past.

Renege – and you risk damaging foundations.

In this new era, safeguarding the peace carries enormous risks.

A heavy burden, borne by police officers of the PSNI.

They do so without complaint.

Their collective commitment to serve the community, regardless of risk, is quite simply heroic.

We pay tribute to him. Our sympathy to his family.

To the many police officers, and others, who face the new and continuing risks of very dangerous criminal behaviour. We give these brave men and women our thanks.

We need to ensure that the world knows the vast majority of people in Northern Ireland have moved on.

But we will not ensure lasting security by pretending the real dangers posed by increasing numbers of dissidents have gone away.

More threats last year than the year before.

The bad will not prevail.

But we cannot wish the bad away.

Proving the dividends of the peace.

And in tandem, Government must relentlessly mitigate the risks.

It remains a challenge.

The task of the British Government – and of the Opposition – is to ensure there is no quarter for those dissidents who would damage the politics.

For the bad guys we must ensure they have no opportunity.

This comes at a price.

But it is a price government must pay.

Conference, Northern Ireland has much to teach us today. It offers a wider palette from which we can paint our vision of the future, for the whole of our country.

When Ed Miliband spoke on Tuesday about the need for a new bargain, new values and a better framework for our country, he significantly raised the game.

Draw inspiration from what was achieved in Northern Ireland.

We said there could be new rules. Better values.

We defied the cynics.

We set out to ensure values of fairness, justice and equality would have their place alongside seemingly irreconcilable individual freedoms and collective expressions.

The peace process was built on a new bargain.

The dream became a reality.

Conference, the people of Northern Ireland are able to move on because of the new bargain.

As we look to our own future, and what we can achieve for our country in that future, remember Northern Ireland.

This achievement was built on better values, shared values, a better book of rules.

It can be done. For in Northern Ireland it was done. 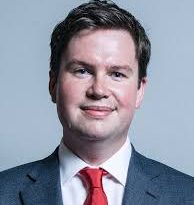 Dan Carden – 2022 Speech on the Hospitality Industry in Liverpool

The press release issue by the Department for Levelling Up, Housing and Communities on 11 August 2022. Vital bridges connecting