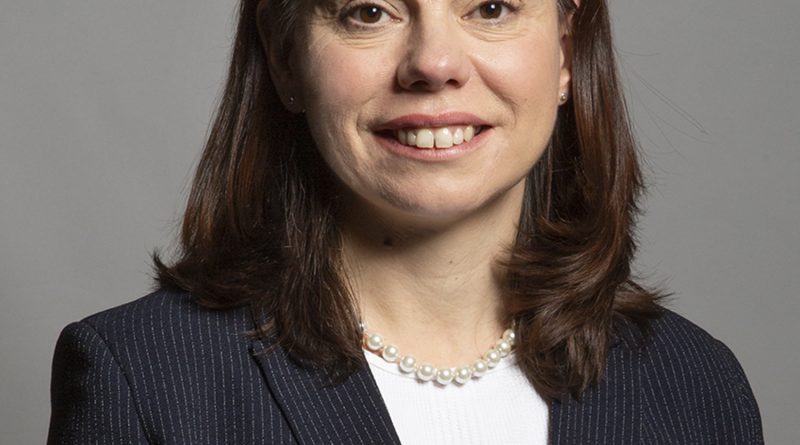 Below is the text of the speech made by Sarah Olney, the Liberal Democrat MP for Richmond Park, in the House of Commons on 20 May 2020.

The Liberal Democrats will be voting against the Second Reading of the Trade Bill. It denies the British people the same rights that they enjoyed as members of the European Union, including the right to scrutinise and properly debate the terms on which we will trade with the rest of the world. When we were represented by Members of the European Parliament, we enjoyed that right. Our representatives were required to vote on all draft trade deals before they could be ratified. There is not enough time today to go over the old debate on whether or not the UK is better off as part of a single trading bloc—Members will surely be in no doubt about my own ​views on that issue—but it is inconsistent to have secured the right for the UK to negotiate its own trade deals, only to promptly shut the British people out of all discussions about them.

What would our constituents wish us to prioritise if they were allowed a say? They would want to know that goods coming into our country were produced to the same quality standards as the domestically produced goods they will compete with; that any food coming from abroad was farmed with sufficient regard to animal welfare; and that consumers were protected from shoddy or unsafe goods. They would want to know that the workers producing those goods in other countries had the same rights as UK workers, and to know that cheaper prices for imported goods were not achieved at the cost of employee welfare. They would also want to resist a race to the bottom by business owners who argue that maintaining employment standards in this country makes them uncompetitive. They would want to know that the UK and our international trade partners were pushing forward towards the goal of achieving net zero carbon, and that we could not accept goods into our domestic market that were produced with environmental standards that where any lower than those of goods produced here.

The Government wish to preserve the Union, but we know that they are happy for part of the United Kingdom to trade under different terms from the other nations to meet their political objectives. What else will this Government trade away if they are left unscrutinised? Our counterparts in trade negotiations will have to have their deals endorsed by their legislatures. The US deal will need to be ratified by Congress. Its negotiators will know what will and will not get through Congress, and they will use that as a negotiating position. We will not have the same negotiating strength, as our counterparts will know that we do not have to defer to Parliament. It will be much easier for the UK to yield than it will be for the US, and how tempting will that be, if the Government prize a quick political win over uninteresting detail that nobody can scrutinise?

The International Trade Secretary is surely aware that the significance of tariff barriers is declining as the significance of non-tariff barriers increases. Those non-tariff barriers can be complex and shifting and require difficult choices. Do we prioritise cheaper goods over the fight against climate change? Do we open up foreign markets to our exports at the risk of bolstering a regime that does not respect human rights? These questions should be debated on the Floor of the House so that the public have a full understanding of the decisions that are being made on their behalf.

This country is a very different place from the one that last negotiated its own trade agreements. We have a far wider range of consumer goods available to us, and many of us have sufficient income to be able to make discerning choices about which ones we will purchase. We are better informed than we ever were, and we use that information to guide our buying choices. Consumers are using their buying power to demand and achieve significant improvements in the ethical and environmental production of the goods they purchase. Why should the British people not being able to influence how that same power is exercised on their behalf on a national basis in the global marketplace?​

To oppose the Bill is not to endorse protectionism, as some Members on the Government Benches have implied. It is simply to state that the Bill does not seek to realise fully all the opportunities that building our own trade policy represents. It robs the British people of rights they have enjoyed for 50 years and it weakens our negotiating position on future trade deals.