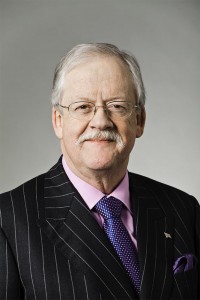 Below is the text of the speech made by Roger Helmer to the UKIP Conference held on 26 September 2015.

I’d like to share with you something I’ve learned in my years in Brussels and Strasbourg, and it’s this: the EU’s apparatchiks harbour a huge contempt for public opinion.  Isolated in their ivory towers, they can mostly afford to ignore the voters.  They think that people like you and me are just too stupid and ignorant to understand the huge benefits of EU membership.

But once in a while, reality strikes back and bites their ankles – for example, in 2005 when the French and Dutch voted down the European Constitution.  So did the bureaucrats see the error of their ways, and change course? The hell they did!  No.  They stood wringing their hands, and saying “Perhaps we haven’t explained it well enough”.

My response is, that I have spent the last sixteen years explaining the European Union to the voters, and the more I explain it, the angrier they get.

But now at last, with the up-coming Referendum, we’re facing the opportunity of a lifetime.  So I’m going to change the habit of a lifetime.  I’ve spent the last sixteen years telling the British people what’s wrong with the EU.  But now it’s time for a change.   It’s time to talk benefits.  It’s time to talk positively about the massive opportunities offered to this country, to all of us, not by the EU, but by freedom and independence.

And nowhere are those benefits clearer than in the field of energy.  For three years now, as UKIP’s Energy Spokesman, I’ve been setting out a plan to deliver secure and affordable energy.

And while we in UKIP have a consistent and workable energy policy, other Parties do not.

Alex Salmond of the Scots Nats wants to finance an independent Scotland on the back of North Sea Oil and Gas.   But he also says he wants 100% Green Electricity by 2025.

Jeremy Corbyn talks about re-opening the coal mines, and coal currently produces a third of the UK’s electricity.  But don’t believe Mr. Corbyn – because he also says he wants carbon-free electricity by 2030.

In any case, we in UKIP can’t implement our plan while we’re in the EU, because we’re hog-tied by EU climate policy and emissions rules.

So the positive message is simply this: after Brexit, we’ll be free to implement a rational energy policy that can deliver the secure and affordable energy we so desperately need.

But of course Brexit doesn’t deliver that policy by itself.  We still have to fight what Owen Paterson calls the Green Blob, in Westminster.

But fighting the green blob is not as hopeless as it sounds.  In this area, as in so many others, UKIP policies are starting to gain traction.  We’re already seeing signs of the alarmist consensus breaking down.  There’s been no global warming for eighteen years.  The costs of renewables are increasingly unaffordable.

We have a Prime Minister who’s given up hugging huskies, and who reportedly wants to “Get rid of the Green Crap”.  We’ve seen wind farm subsidies cut, and wind farm plans knocked back, including most recently the enormous Navitus Bay offshore project that would have despoiled the Jurassic Coast in Dorset.

Amber Rudd, described as Secretary of State for Energy and Climate Change, came into office last year with ambitious plans to cover the nation’s roofs with solar panels.  Someone – maybe it was George Osborne — must have talked her through the costs of solar power, because she’s just announced a dramatic cut in domestic solar subsidies.

As I recently tweeted: “Not so Green?  Amber Rudd gets the Red Light on Solar Subsidies”.

More generally, there’s a recognition that many of the assumptions behind the rise of renewables were just plain wrong.  We were warned of the threat of “Peak Oil”, which was predicted to be happening by now.  But instead we see a world awash with new oil and gas fields.

Of course fossil fuels are finite and will one day be exhausted, but that event is so far off that it has no bearing on today’s policy debates.  We need to be worrying about pensioners with hypothermia today.

An underlying assumption of the dash for renewables was that as fossil fuels became scarcer, they would get more expensive.  In fact the reverse has happened.  We’ve all seen what’s happened to oil prices recently.  And in the USA, gas prices have dropped by two thirds, thanks to the shale gas revolution.

With Brexit, we can sweep away the threat to our security of supply issues, we can exploit indigenous coal and gas resources, and we can eliminate our over-dependence on intermittent renewables.  But stuck with EU rules, as we are today, serious industry commentators are warning of blackouts in the winter of 2016.

Under the terms of the EU’s Large Combustion Plant Directive, we’ve seen a series of coal plant closures – with consequent job losses and threats to generating capacity.  Kingsnorth in Kent; Longannet in Scotland, and Eggborough in Yorkshire, with Ferrybridge not far behind.

These closures will make not a scrap of difference to the trajectory of atmospheric CO2, nor to the climate.  There are reportedly 1200 new coal-fired power stations in the global pipeline.  Perhaps surprisingly, even über-green Germany is building or refurbishing a couple of dozen – and importing dirty brown coal from Poland into the bargain.

Our closures will make no measurable difference in the overall picture.  The IEA predicts that coal use will rise for decades.

We’re currently seeing a haemorrhage of production and jobs and investment out of the UK – and out of the EU – as a direct result of energy prices.  I’ve often quoted former Energy Commissioner Antonio Tajani, who famously said “We are creating an industrial massacre in Europe”.

We in UKIP don’t want to be a part of that European massacre.

You’ve heard me talk before about energy-intensive businesses.  Recently we’ve been losing steel companies.  Tata Steel cut 500 jobs in North­umberland.  It’s mothballing its plant at Llanwern in Wales. This affects Bill Etheridge as well – there are knock-on job losses at Tata’s plant at Wednesbury in the Black Country.

Since I started drafting this speech, we’ve had an even bigger blow to the steel industry.  In the North-East, Redcar, the second largest blast furnace in Europe, is teetering on the brink of bankruptcy.  Its Thai owners have failed to meet scheduled repayments, and 2000 jobs are at risk.  My message for those 2000 steel-workers: you’re being sacrificed to climate hysteria, and to Brussels bureaucrats.

It’s the same with petroleum refineries.  Petroplus closed Teesside in 2009, and Coryton in 2012.  Murco closed Milford Haven in 2014.  Research commissioned and published by the British government shows that overseas refineries typically emit 35% more CO2 per unit than UK refineries.

According to Jim Ratcliffe, the CEO of INEOS, the chemicals giant, twenty-two UK chemical plants have closed since 2009, and he says that unless we resolve the energy price problem, there’ll be no chemical industry left in Europe in ten years’ time.  And remember they use gas not only for energy but also as a feedstock.  The list goes on – glass, cement, paper.  All these industries, all these jobs, are under threat from energy prices.

Across Europe, there are increasing concerns about the costs of renewables.

Denmark is scaling back climate and emissions targets which are proving just too expensive to deliver.

Meantime in Germany, Der Spiegel reports that the German renewables business is in crisis.

But despite these concerns, you can bet that the EU will cling doggedly to its perverse energy policies for years to come.

The good news is that with Brexit, we can stop the haemorrhage.  We can keep those jobs here at home.  We can reverse the tide, so that industry and jobs and investment come back to Britain.

That means that outside the EU, we in Britain will have a dramatic competitive advantage on energy prices against the rest of Europe when it comes to inward investment.

Britain after Brexit will become the manufacturing capital of Europe.

That’s the story from industry — but there’s the issue of domestic prices as well.  As we get into the referendum campaign, you may find people on the door­step who care about jobs – but don’t always enthuse about the problems of companies.  But they all get electricity bills, and many are suffering.  Maybe they – or their elderly relatives – are struggling to make ends meet.  For them, Brexit means the lower energy bills they desperately need.

So Conference, I think it’s time for us to speak up for those 2000 steel-workers in Redcar, and for all the other British workers whose jobs are threatened by perverse climate and energy policies.  It’s time to send a message to our Secretary of State for Energy & Climate Change, Amber Rudd.  And to the Chairman of parliament’s Climate Change Committee, John Gummer, now ennobled as Lord Deben.  And to George Osborne and David Cameron.

Let’s send a message from this hall in Doncaster, from this Conference, from this Party, that will reverberate in the Palace of Westminster.

Do we want secure and affordable energy?
Do we want Britain to become the manufacturing capital of Europe?

Do we want our country back?

Colleagues – thank you so much.  And if I may borrow David Steel’s famous rallying cry: Let’s go back to our constituencies and prepare for independence!