The statement made by Robin Walker, the Minister for School Standards, in the House of Commons on 30 June 2022.

The 2019 manifesto committed the Government to intervening in schools with entrenched underperformance. We believe that every child has the right to go to a school that is good or outstanding. While we have rightly focused our attention on inadequate schools in recent years, we now need to look at the minority of schools that are not making necessary improvements. We are especially concerned about schools that have received two or more consecutive Ofsted judgements of below good. There are currently around 900 state schools in England (around 4.3% of schools), with around 420,000 pupils, that meet this threshold.

The above numbers will obviously depend on the outcome of upcoming inspections as schools will fall into and out of scope. Following the pause in Ofsted inspections due to the covid-19 pandemic, Ofsted recommenced inspections in May 2021 and, as the Government announced in the recent White Paper, will inspect all schools against the current inspection framework by the end of the summer term 2025, to provide a quicker assessment of recovery from the pandemic.

By amending the definition of a school which is “coasting”, this statutory instrument will grant the Secretary of State for Education the discretionary power to intervene in schools that are currently judged as requires improvement by Ofsted and that have met the threshold of two or more consecutive Ofsted judgements below good. This power to intervene will apply equally to maintained schools and academies. It will also apply to maintained special schools, alternative provision academies and pupil referral units which have previously been excluded under the existing power to intervene in coasting schools.

Regional directors will assess each case on an individual basis, taking into account any representations made by the school’s governing body and other interested parties, inspection history (including whether inspection reports demonstrate an upward trajectory), evidence regarding the capacity of leadership and management to secure sustained improvement, performance and other quantitative data and evidence relating to the local context of the school.

The update to the schools causing concern guidance published alongside the response to the consultation on supporting schools not making necessary improvement sets out the process for intervention in schools that meet the new definition of “coasting”.

Anna McMorrin – 2017 Maiden Speech to the House of Commons 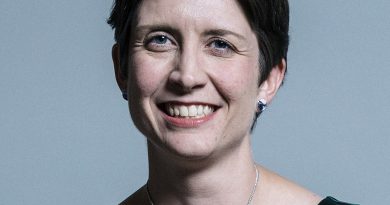