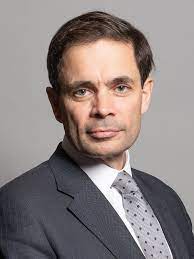 The speech made by Robin Millar, the Conservative MP for Aberconwy, in the House of Commons on 27 June 2022.

Before I start, I would like to comment on the quality of the debate that we have had. I have been really encouraged that Members in all parts of the House have contributed and we have heard many different views. This is a reflection, too, of the conversations I have had around this place over the past few weeks in the run-up to the debate. I welcome that engagement across the House on all these points.

At its heart, this is about the Union. It is a question of principle. The right hon. Member for Leeds Central (Hilary Benn) said that this was a Bill born out of desperation, not principle, but I would argue exactly the opposite. This starts with principle. For me, it starts with the ruling of the Northern Ireland Court of Appeal that the Acts of Union were subjugated by the Northern Ireland protocol. It is imperative, then—a point well made by the right hon. Member for Lagan Valley (Sir Jeffrey M. Donaldson)—that while we consider issues of trade and the peace agreements, we also consider the integrity of the Union. All these are important and each must be addressed, but all can be addressed only if the integrity of the Union underpins them.

With regard to trade, the Bill restores free movement of goods within the UK. However, it also respects the integrity of the EU single market through the introduction of green and red channels. I would suggest that this meets the test set by my right hon. Friend the Member for Maidenhead (Mrs May) for delivering the aims of the Bill.

With regard to governance and jurisdiction, my hon. Friend the Member for Stone (Sir William Cash) mentioned the democratic deficit that exists within Northern Ireland. I would suggest that the Bill meets that requirement through rejecting the jurisdiction of the EU and the European Court of Justice because with that residents of Northern Ireland have no control over the laws that are set and that must govern them.

The right hon. Member makes a strong point that I will come on to address in just a moment.

I would make the case that the Bill meets the second test of my right hon. Friend the Member for Maidenhead (Mrs May) on reputation. What self-respecting nation allows itself to be split and part of it to fall under the governance of another unaccountable power? That cannot be the reputation that this Union wishes to pursue.

Thirdly, on the question of the integrity of the United Kingdom, clause 1(c) states that the Bill

“provides that enactments, including the Union with Ireland Act 1800 and the Act of Union (Ireland) 1800, are not to be affected by provision of the Northern Ireland Protocol”.

That, I suggest, meets the test of legality. There might be questions about necessity, as my hon. Friend the Member for Bromley and Chislehurst (Sir Robert Neill) pointed out, but my reason for supporting this Bill lies in the imperative of what the Court of Appeal said. It said that the Acts of Union have been subjugated, and that is reason enough for me.

The right hon. Member for Tottenham (Mr Lammy), when he was challenged as to whether he would change the protocol, declined to answer what changes he would make or how they could be delivered. He did, however, make a good point when he said that we must focus on what works and that, I suggest, is what the Bill is trying to do. It is a Bill that provides a solution, seeks to address the issues of trade, respects and seeks to restore cross-community consent and, most importantly, restores the integrity of the UK while at the same time protecting the integrity of the EU single market.

This is not a perfect Bill. I have concerns about the sweeping powers within it given to Ministers. I suspect that, subject to further debate—I hope that the Bill will rapidly progress without delay through this House—those might be considered. However, I will support this Bill with enthusiasm, because there is a legal basis for action. As I have said, the Court of Appeal has set that by indicating that the Acts of Union have been subjugated. As my right hon. and learned Friend the Member for South Swindon (Sir Robert Buckland) said, it means that inaction is not an option. I will finish with this question for hon. and right hon. Members. If it is the case that our Acts of Union have been subjugated, and if, as my right hon. and learned Friend says, inaction is not an option, then if not this Bill, what? If not now, when will we restore the integrity of our Union?