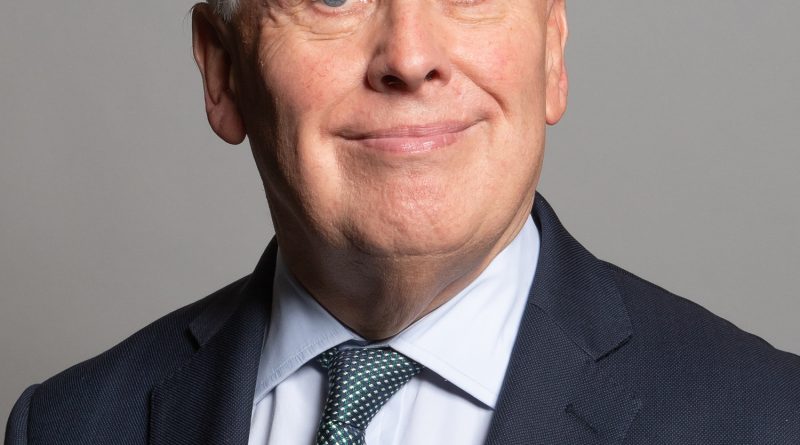 The speech made by Robert Neill, the Conservative MP for Bromley and Chislehurst, in the House of Commons on 27 June 2022.

Against that background, I start by saying that everybody accepts the importance of the Northern Ireland protocol as an attempt to reconcile conflicts that were inevitable post Brexit, given the nature of the Brexit that was decided upon. Equally, we must be honest and say that, despite best endeavours, it has failed to reconcile those problems. Therefore, I accept as much as anyone that it does need to change, and change significantly.

I recognise that there are economic dislocations, not in all of the Northern Ireland economy, but enough for it to be a serious problem, and certainly the non-functioning of the Executive at the very least gives rise to the risk of real societal divisions and tensions. Those are circumstances where it is envisaged that there might be changes, but we have to think about whether we are acting proportionately and wisely in what we do.

Looking at the position legally, it is this: logically, there is already a route set out in the protocol by which these matters can be addressed. If there is to be change, there is of course provision in article 13.8 and subsequent articles, and I think article 164 of the withdrawal agreement, for changes to deal with “deficiencies, or…situations unforeseen.” One might well argue that some of the ways the protocol has been interpreted—largely, I would accept, because of the intransigence frequently adopted by the EU side and the unwillingness to extend Mr Šefčovič’s mandate—have contributed to that. That might make a case for acting under those articles.

I also accept that the protocol was never expected to be permanent; it was always envisaged that it could be changed. Equally, however, all that presupposed that it would be changed by negotiation, rather than unilateral action. That is the difficulty we must face here. How do we reconcile the primacy of the Good Friday agreement, which I accept both politically and legally, and the need for adjustment with maintaining our reputation as a country that sticks by its word? Pacta sunt servanda, as we all say.

How do we get around that? The Bill, as currently drafted, does not achieve that. It could do, were it to be amended, and that is why I do not take the view that we should exclude the idea of legislation to act in the way envisaged, but it needs some serious thought. At the moment, as I have suggested elsewhere, it raises as many questions as it answers—and we do not have the answers.

If we are not to go down the route of renegotiated changes envisaged in the protocol, and there may be pressing reasons why that is not achievable in the timeframe available, we then have the ability under article 16 to take emergency safeguarding measures. Those have not yet been used. I agree with my right hon. Friend the Member for Chingford and Woodford Green (Sir Iain Duncan Smith) that that might be an appropriate route to use. It might not solve all the problems, but, for reasons I will come to, I would suggest that legally it would put the UK in a better position were it then to seek to go further.

If we are to rely upon necessity, as the Government do—I concede that it is a respectable and established concept in international law, but also one that, it is well known, must be used exceptionally and therefore rarely and with a high evidence threshold to be met—it would be much better to have exhausted all opportunities. Indeed, that is part of the doctrine. To invoke necessity, there must be a grave and imminent threat. I agree with my right hon. and learned Friend the Member for South Swindon (Sir Robert Buckland) that it need not be immediate, but it must be something more than merely contingent or a possibility, and it must be evidenced.

It seems to me that we do not yet have the evidence before us. Before this Bill passes its stages in this House, the Government, who are working on their evidence base and say they will be able to draw together the facts that can be applied to the evidence to substantiate the grounds of necessity, ought to come to the House with that evidence. Going forward, rather than having exceedingly wide Henry VIII powers, I would think it much preferable that we do as we did with the UK Internal Market Bill and require the Government, when they wish to disapply an element of the protocol, to come to the House and seek its endorsement, having presented that evidence to it.

Similarly, I do not see why clause 18, with such wide powers to do virtually anything, is acceptable—that should come back to the House—or why it is necessary in clause 20 to seek to oust the jurisdiction of the European Court at this stage. As yet, the potential jurisdiction of the ECJ is at least contingent and potential, and therefore not pressing and immediate in relation to the doctrine of necessity.

I will not support the Bill tonight, but I will not vote against it; I am deliberately abstaining tonight to see how the Bill develops. It could be amended into a workable form, but it comes with very many caveats and a lot of questions that Ministers need to answer. I hope they will seek to address those.