Below is the text of the maiden speech made by Robert Kilroy-Silk to the House of Commons on 27th March 1974.

It gives me great pleasure in making my maiden speech to follow the three distinguished previous speakers. I feel honoured to represent a constituency, Ormskirk, which has unfortunately been unrepresented by a Labour Member for the last 24 years. I must pay tribute to my predecessor in a large chunk of what is now my constituency — the present Prime Minister. Unfortunately, in the conscientious way in which he conducted his constituency matters and held his surgeries, as Prime Minister in the last Labour Government and as Leader of the Opposition, he has left me with a great burden as an example to emulate.

My constituency has a large number of problems, of unemployment and high rents. I know from my experience in the last two weeks that my constituents in Kirby have warmly welcomed the fulfilment of the Government’s pledge on the freezing of council house rents. The pensioners too in the rest of the constituency are greatly heartened by my right hon. Friend the Secretary of State’s fulfilment of the Government’s pledge on pensions.

The major problem — it is a problem that has bedevilled the constituency and the new town of Kirkby for the past five years — has been the high level of unemployment. It is an area that is bedevilled especially by juvenile unemployment. My constituents expect from this Government the fulfilment of their public ownership programme.

It is an intolerable disgrace that the jobs of men can be destroyed by the caprice, the whim or the irresponsible decision of one man and that the lives of men, and the livelihoods of their families, can be sacrificed on the altar of private profit. That a factory can close down for no other reason than that higher profits are to be sought elsewhere, and often beyond the borders of the United Kingdom, is a matter which we cannot and will not tolerate. We expect to see the Government fulfilling their public ownership programme to ensure that work is directed to where people need it, so that industry serves people and people are not made to serve industry.

I ask the indulgence of the House to raise a matter that is only tangential to the debate but which raises important questions on priorities and resources. My right hon. Friend the Chancellor of the Exchequer made great play about an attack upon waste. I bring the attention of the House to the enormous waste of human lives, of lives that are blighted because of the gross and intolerable inadequacies of the services for children with congenital heart disorders. The deficiencies are most marked in the large conurbations such as Liverpool, Manchester and Birmingham. The deficiencies arise primarily from the fact that, although there has been rapid development in surgery techniques for the correction of the malformations of the heart in the past 10 years, central and local authorities have not been willing to provide the financial resources to back up the services that are now available to benefit the lives and the health of the children concerned.

This debate is about priorities and the allocation of resources. I believe that when people are made aware of the facts there will be no one, in the House or in the country, who will not support a demand for a massive injection of cash into the treatment of children with congenital heart disorders.

The facts tell their own story. The incidence of congenital heart disorders is estimated to be approximately six children per thousand live births a year. For example in 1972 when there were 685,000 live births, there were approximately 4,500 children born with congenital heart disorders. Some people estimate that the number is as high as 8,000. How many there are as an accumulated total is difficult to tell. They can be divided into three categories. One-third are so seriously affected that they died within several days of birth. Another one-third need an operation as soon as is practicable. If it is done quickly they can lead normal and healthy lives. The final third have far less serious defects and, therefore, there is more flexibility in the timing of the operation.

There are thousands of children who stand in a long queue for surgery. Recent inquiries have shown that in at least 12 centres providing services for children with congenital heart disorders the services are regarded by the cardiologists or paediatricians in charge as being seriously inadequate. For example, in Liverpool there are now 170 children waiting for cardiac catheterisation. Those children can wait for up to two years. There are a further 100-plus children who have already had that exploratory operation who are awaiting major surgery and will have to wait for up to a year. A child with a serious and important heart defect can wait in Liverpool up to three years before it is corrected by surgery.

In Birmingham there are approximately 250 children who are waiting for major surgery. Unfortunately more are being added to the waiting list than are being operated upon each week. The waiting list is growing rather than diminishing. If the problem is acute now, as I believe it to be, I hesitate to think what it will be like in a few years’ time if immediate and effective action is not taken. The longer the children have to wait for operations the more dangerous such operations become, the more likelihood there is of there being irreversible changes in their heart or in their lungs and the less likely they are to be able to lead a normal life. As a result they will be more likely to suffer permanent disability.

Even more scandalous is that on the authority of Professor Hay, professor of child health at Liverpool University and consultant paeditrician to the Royal Liverpool Children’s Hospital, occasionally patients die while on the waiting list. They die for no other reason than that services are not available in sufficient quantity to enable operations to be performed in time. Others are not put on the waiting list for the reason that the surgeons know that they will never be reached and they do not wish to arouse far more anxiety and anguish amongst the parents.

For those on the waiting list who do not die while waiting, the situation is paradoxically worsened by the fact that the advance of surgical technology and techniques in general makes treatment available for new-born babies, who are naturally treated immediately. The result is that those who are already on the waiting list get left even further back. That is a terrible problem that causes great distress and anxiety to the thousands of parents of children with congenital heart disorders. It is a problem that should not be allowed to continue.

I hope that my right hon. Friend the Secretary of State for Social Services will seriously consider allocating far more funds to this specialty. We need a boost now. Further plans for future investment, however necessary they may be and however grandiose their conception, will do nothing to alleviate the problems of those who are now on the waiting list, which grows longer every day. Each day that a child is on that list the more likely it is to suffer permanent disability.

We need an immediate injection of cash into this service. There is a need for more cardiologists and for more surgical time to be allocated in theatres. There is a need for far more trained nurses. The shortage of nurses appears to be the major bottleneck in the Birmingham area. The problem is not necessarily the lack of cardiologists or of theatre time but a lack of nurses who are trained in heart surgery. There need to be more posts for medical and surgical trainees.

I should also like to ask my right hon. Friend the Secretary of State for Social Services to consider the setting up of larger heart units. At present the tendency — frequently for very good reasons — is to try to locate hospitals and various services near to where the children live. This is counter-productive in this service. What is needed is a concentration of resources at a few large centres where the staff can specialise completely on this aspect of medical care.

As I said at the beginning, it is a question of priorities. I believe that this should be a top priority. We know that our resources are severely limited and that there is not much room for either manoeuvre or flexibility in the allocation of resources. However, this is an overriding problem the solution of which is of paramount importance and should be accorded the priority that it deserves.

What I do not want, however, is for there to be competition between the sick for available resources. I am not suggesting, nor would I support anyone who suggested, that resources should be redirected or reallocated from the disabled or the elderly to help the children with congenital heart disorders. I do not want, and I do not expect to see, a competition for resources between the sick.

A larger slice of the defence budget than the derisory sum which was offered yesterday would perhaps be far more appropriate and desirable. A greater rate of tax on the wealthy than that which was suggested by my right hon. Friend the Chancellor of the Exchequer yesterday would be yet another means of raising the very necessary and crucial funds and resources for this service.

Perhaps even more important in many ways is a much more vigorous and dynamic attack upon private practice in the hospital service. We are talking about priorities and a situation in which the lives of these children are being lost or, if they remain alive, they are obliged to compete for resources. We should not allow a situation to exist where private practice within the National Health Service can slough off the resources which are necessary for this area.

The previous administration said that this problem was not of national importance. It is a problem of national importance and, as a start, perhaps the Secretary of State could help Liverpool by giving the £25,000 that was refused by the previous administration. The Governors of the Royal Liverpool Children’s Hospital have already allocated £100,000 to provide facilities. What is needed now from the Exchequer is direct financial support to maintain the services that those facilities will require. 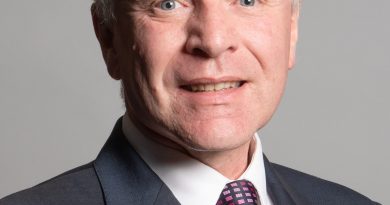