Below is the text of the speech made by Robert Kilroy-Silk in the European Parliament on 22nd July 2004.

For the same reasons we – and they – do not wish to see the Constitution enacted because they see it as based on obsolete economic and political theories of the 1950s, of the fear of war and an outdated threat of communism. They see it as creating a Europe that is inward-looking, that is bureaucratic, that is restrictive, whereas we should be creating a Community that is innovative and outward-looking, that reaches out to the rest of the world, that is flexible and democratic. That is not the institution that we are creating here in Europe today and we wish to have no part of it. We will not support it. My constituents do not want to see the creation of a federal state called Europe. They want to be governed by their own people in their own parliament. They do not wish to give their destiny, their independence and their sovereignty to a group in Brussels, or indeed in Strasbourg.

Some 20 years ago Mrs Thatcher went to Fontainebleau and said: ‘I want our money back’ – and she got some of it. We want our country back and, believe you me, we are going to get it.

Liz Truss – 2020 Comments on the Trade and Agriculture Commission 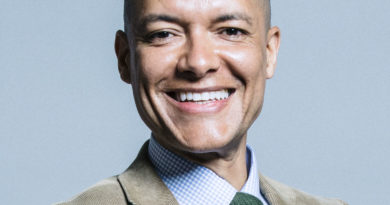