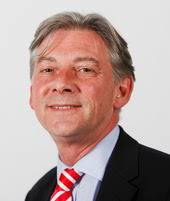 Below is the text of the speech made by Richard Leonard, the Leader of the Scottish Labour Party, at the 2019 Labour Party conference held on 23 September 2019.

Comrades and friends. I bring you greetings from the Scottish Labour Party.

This conference is one of the most important in our entire history. With a General Election imminent, we know that this conference could be a turning point. And it is up to us, because we will only win the forthcoming General Election if we stay rooted in our enduring values of democracy and socialism, if we articulate a positive vision of change for the future, and if we all get 100 per cent behind Jeremy Corbyn’s leadership.

So we must work together in a spirit of cooperation and shared endeavour to build a better society in a peaceful world on the strong foundation of a democratic economy, a green economy and a participatory form of politics.

And it should have no place in our Railways either. Which is why I am announcing today that Scottish Labour will be forcing a vote in the Scottish Parliament next week to end the Abellio franchise of ScotRail so that once again we can put passengers before profits. And it is not just in transport that we need fundamental change, it is in the economy, it is in housing, and it is in land.

Let me give you an example. There is a housing emergency in Scotland and the price of land lies at the centre of it. So when we launch our Housing Commission report in the next few weeks, it will make radical recommendations which tackle the excess profits of property developers. Including a proposal to introduce a new law giving local councils, housing associations and housing co-operatives the right to acquire land at an existing use-value.

Good housing policy has always been at the core of Labour Party values. It is where we came from. And under the Scottish Labour Government that I lead, housing will become a national priority again.

From its very beginnings, this party of ours has never stood for the status quo: economically, politically, or constitutionally. We delivered the Scottish Parliament, we delivered the Welsh Assembly. But the UK is still too centralised. Which is why, the time has come for Radical reform again.

And if Brexit is showing us anything, it is that the British constitution is creaking and out of date. And it is time for democratic renewal.

So I am proud that our party will go into government with a new determination to shift power closer to the people. We will extend democracy not just at the ballot box, but in every workplace and in every community.

And so let me be crystal clear, this democratic renewal , this redistribution of power we seek, this is not simply about Parliaments and the Members elected to them. It is about strong local government. It is about redressing the imbalance of power between tenant and landlord, between worker and owner, between citizen and state, between women and men.

So the next Labour government will deliver a new Scotland Act, that will provide for the devolution of employment law with a UK wide floor.

This time last week, I joined Asda workers, GMB members in Glasgow in a national protest. Because I tell you this, if the Labour Party cannot support working people fighting against a basic injustice, then what else are we for?

These workers, most of them women, all of them with years of service, are facing the sack if they do not sign a new contract with cuts to their terms and conditions. If we do nothing else we should change the law to once and for all end this kind of bullying of workers by an employer.

It is not just more powers coming to Scotland that we need, it is a fundamental rebuilding of the broken British state that is required. So that is why we are proposing, at last, the abolition of the House of Lords. I believe that its replacement with an elected Senate of the Nations and Regions, built on a federal settlement, would begin the process of reshaping our whole political system.

We are on the brink of something extraordinary, the greatest opportunity for more than a generation to elect a truly radical, transformative Labour government. And with that opportunity, we send out the clear and simple message from this conference today that a socialist Britain will do far more to improve the lives of the people than a separate Scotland ever could.

So let’s hold our nerve. Let’s keep our faith. Let’s put in the hard work. A Labour government is within our grasp. Let us go out and win it.

Wendy Chamberlain – 2022 Speech on the Cost of Living Crisis